The government of Vietnam decided to extend the visa-free stays for citizens from Russia, Japan, South Korea, Denmark, Norway, Sweden, Finland and Belarus until 13 December 2022.

The news about the extension was announced last Tuesday by the Vietnam National Administration (VNAT). The visa-free stay is valid for 15 days.

Since 2015 the eight countries have dispensation, but its was about to expire this year at the end of December this year.

The Vietnamese travel industry welcomes the extensions, but argues that 15 days is too short.

The tourist industry recommends 30 days or an extension of the 15-day visa.

Visa-free access is offered to only 24 countries and territories, of which nine are ASEAN (Association of Southeast Asian Nations) neighbours. 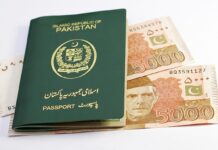