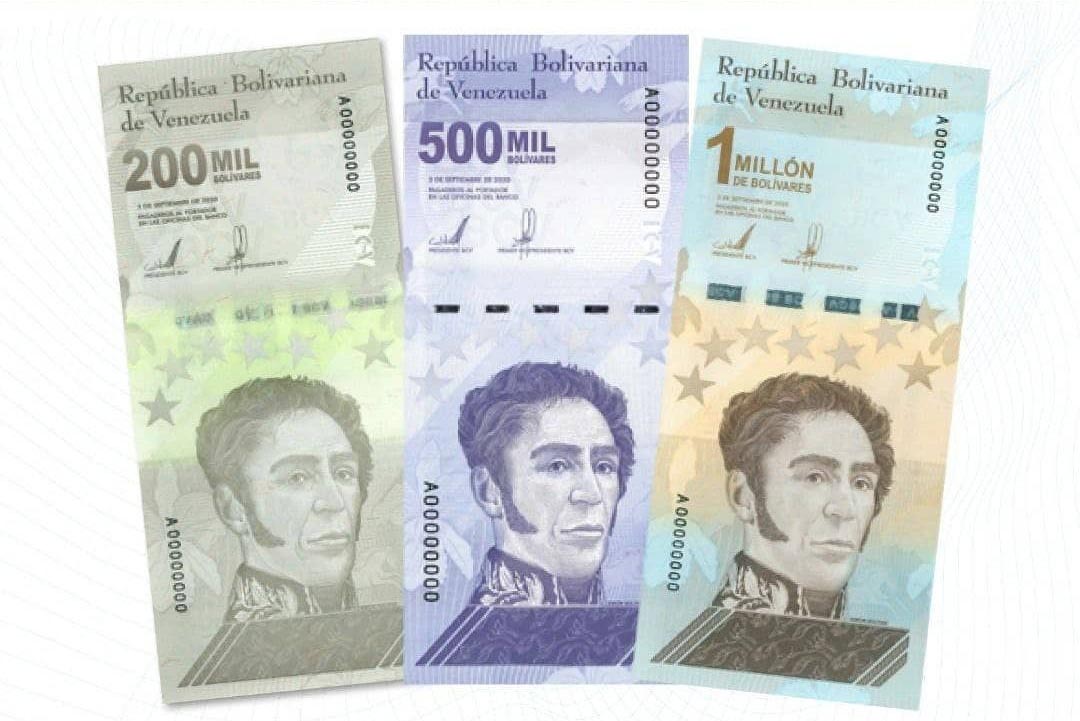 The Central Bank of Venezuela has introduced a new banknote, worth 1 million bolivar (valued at €0.44 cents), as well as new banknotes in denominations of 200,000 and 500,000 bolivars (B382a – B384a).
“These new bills will complement and optimize the current denominations,” to meet the requirements of the national economy, the central bank stated.

The new banknotes will begin to circulate gradually, beginning 8 March 2021. In order to get ahead of inflation and meet the requirements of the national economy, the government has turned to printing new banknotes in different denominations.