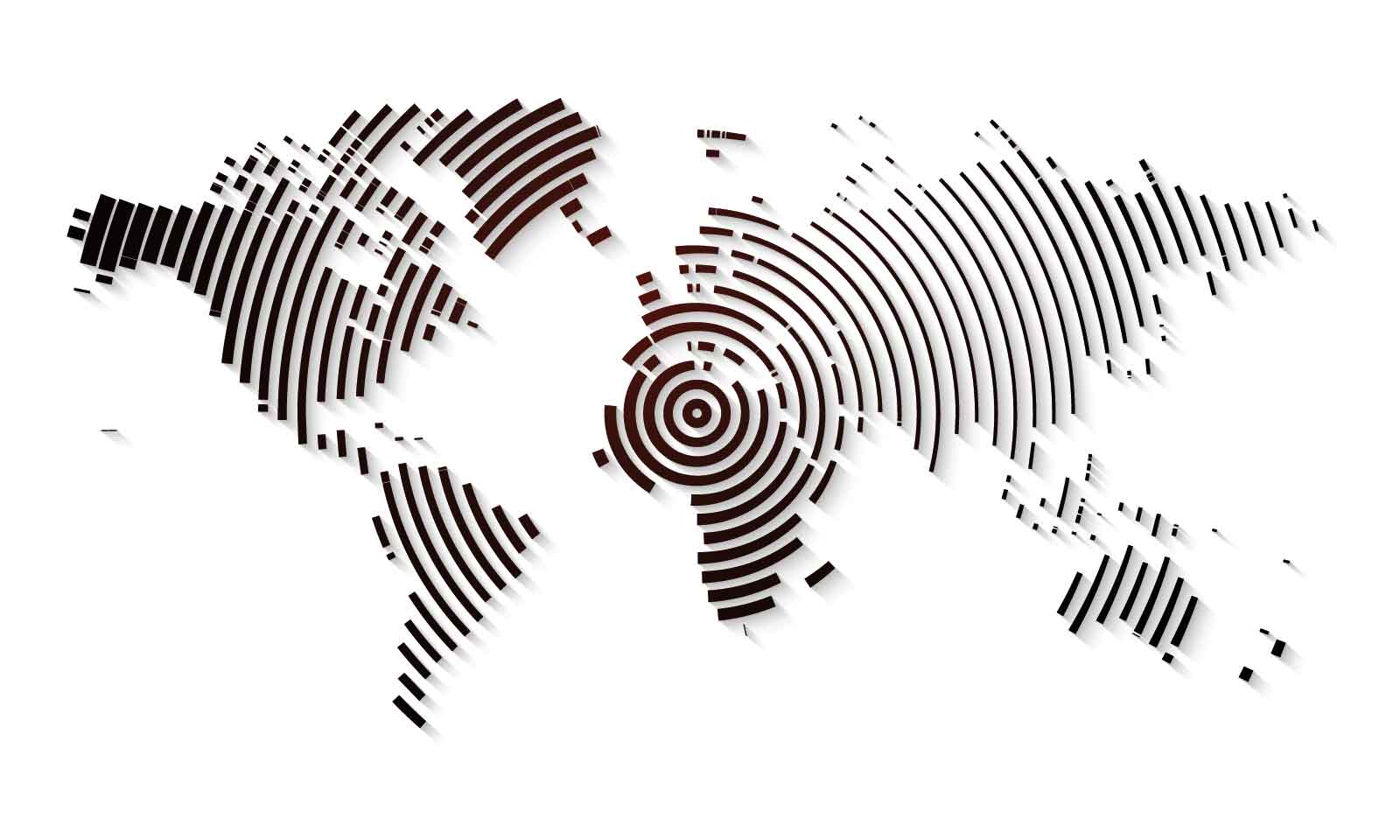 While technology has made life more automated and easier, it has also allowed nefarious persons to clone or forge passports, including the biometric data in the new biometric passports. This capability has enabled criminals to evade detection because they can manipulate the biometrics to match the information on the passport. As criminals become more technologically savvy, law enforcement and governments need to identify a new method that can cross‑check a person’s passport information against the person standing in front of them before allowing them access to their country. In the third part of this series, Joshua Steinhauer discusses the integration of defence biometrics into border security and law enforcement.

For decades, law enforcement has been using fingerprints as a means of identification. With advancements in technology, the fingerprinting process can now be done electronically and saved to a central database where it can be quickly searched and matched. Developing a centralised Automated Fingerprint Identification System (AFIS) enables local and national law enforcement to share identification information quickly. It can also allow for international sharing of criminal data with organisations such as Interpol and the Federal Bureau of Investigation (FBI).

US databases and the Interagency Triad
In the United States, the FBI maintains a national criminal database which is made available to local law enforcement. This allows local law enforcement to check a person’s electronic biometrics against the FBI’s database to see if there are any matches and if not, create a new file. Similarly, the Department of Homeland Security (DHS) maintains a database of all non‑US persons entering the US. The Department of Defense (DOD) maintains an Automated Biometric Identification System (ABIS) containing the biometrics of known or suspected extremists, including latent fingerprints found at the scenes of detonated Improvised Explosive Devices and other captured material from Iraq and Afghanistan. The FBI and the DOD, along with DHS, share data between their respective biometric and biographical databases, effectively forming what is now called the Interagency Triad. This has enabled law enforcement and border security officials to quickly identify with certainty whether or not the person standing in front of them is in fact the person being represented by the passport. It also allows customs officials to prevent known extremist individuals and international criminals from entering the country. 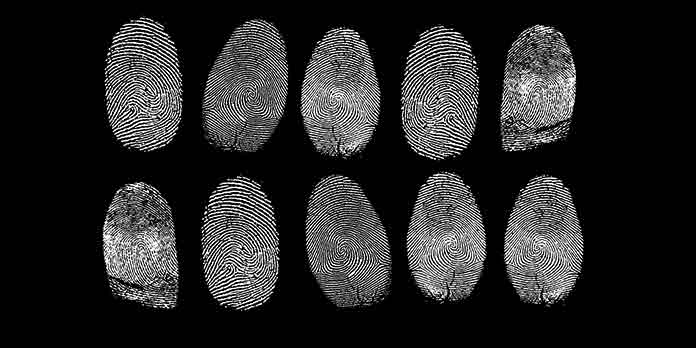 Interagency Triad
The Interagency Triad has enabled the US to extend their electronic border through biographically pre‑screening individuals from flight manifests prior to their arrival in their American destination. The merging of biographical and biometric data by fusing it together through the cooperation of the national intelligence services and the military has developed an incredible capability to remove global anonymity. The fusing of this data and the identity profile it creates is called an ‘identity dominance’. The FBI and other national intelligence departments analyse this information/profile, and a determination is made on whether the person poses a threat to the Homeland or US facilities abroad. If the person is deemed a threat, they are added to the various terrorist watchlists maintained by the US government and shared abroad with US allies and partner nations.
Could this type of system work in Europe? In 2011, a test pilot of the interagency triad was successfully tested in Kosovo. The Ministry of Internal Affairs and the US DOD signed a cooperative agreement to share biometric identification information to assist Kosovo in identifying and preventing nefarious individuals from entering Kosovo and using the country as a transient node for further movement into Western Europe and the Schengen Area.

Kosovo Identity Operation
The government of Kosovo was already detaining individuals who travelled to their country using forged travel documents, as well as individuals with no identification. What they lacked was a means by which they could share their biometric data with international organisations to determine if the individual was wanted by Interpol, the FBI or was on a terrorist watchlist. The Kosovo Identity Operation was developed to provide the government with their own interagency triad allowing the border police, police, and Department of Citizenship and Migration to share biometric information between each other and internationally, just as it is done in the US. This pilot programme enabled the government of Kosovo to share and search for a one‑to‑one biometric record against the three US biometric databases. They were also provided with additional information and summaries (for example whether they had previously worked for US Forces abroad or had applied for a visa with the US) of individuals who did match to one of the three US databases, allowing law enforcement to make an informed decision about the person in question. The test pilot ran for one year and resulted in numerous Interpol ‘red’ notices being identified; it also identified dozens of known extremists who had fought in Iraq, Afghanistan and Syria. The ability for law enforcement to quickly identify individuals who may pose a threat enabled the government of Kosovo to make informed decisions on whether to allow individuals entry into the country or deny them access. While Kosovo may be a new democracy, it is one of the leaders in Europe in identifying and preventing known extremists from moving into the Schengen Area or establishing safe havens and recruitment activities within their borders.
The test pilot proved incredibly successful and has transitioned to a permanent collaborative programme. The pilot became a template for further collaboration with other European partners who are struggling with the massive wave of illegal immigrants moving into Europe from the conflicts in the Middle East and North Africa. By collaborating with the international community, the interagency triad process can prevent nefarious persons and extremist individuals from entering partnered countries.

Final remarks
Some opponents argue that this is an invasion of privacy or against EU law; however, there are provisions within EU law that allow a Member State to collect and share this type of data if it is being done for law enforcement purposes or national security. The transient nature of terrorists and international criminals requires law enforcement to collaborate with other countries to effectively counter and prevent extremist individuals from establishing bases of operation or carrying out terrorist activities in Europe and elsewhere. Data privacy is a valid concern, but make no mistake, international criminals and extremist persons hide behind these laws and leverage them against governments to allow them to carry out their reprehensible activities. To truly tackle the problem of international criminal organisations and extremist persons, an ability to collaborate with each other (and an environment in which this is encouraged) is going to be vital.

The first two parts of this four‑part series have discussed anonymity on the battlefield1 and identity and battlefield forensics.2 The last part of this series will discuss the integration of full spectrum identity management from a defence and government perspective.

2 Steinhauer, J. (2014), US Biometric and Identity Intelligence Programme Part 2: Addressing anonymity on the battlefield through the use of forensics. Keesing Journal of Documents & Identity, Vol. 45, pp. 20‑23. 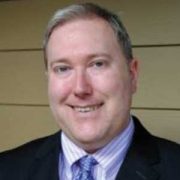 Joshua Steinhauer worked in the area of Human Intelligence during the Iraq troop surge from 2006 through 2007 and then as a contractor in Iraq from 2008 through 2010. He then went on to become the Identity Operations Manager at US European Command in Germany before returning to the US in 2014. He has an MSc in Major Programme Management from the University of Oxford and holds degrees in International Studies and Political Science from the University of Wisconsin and an MBA.