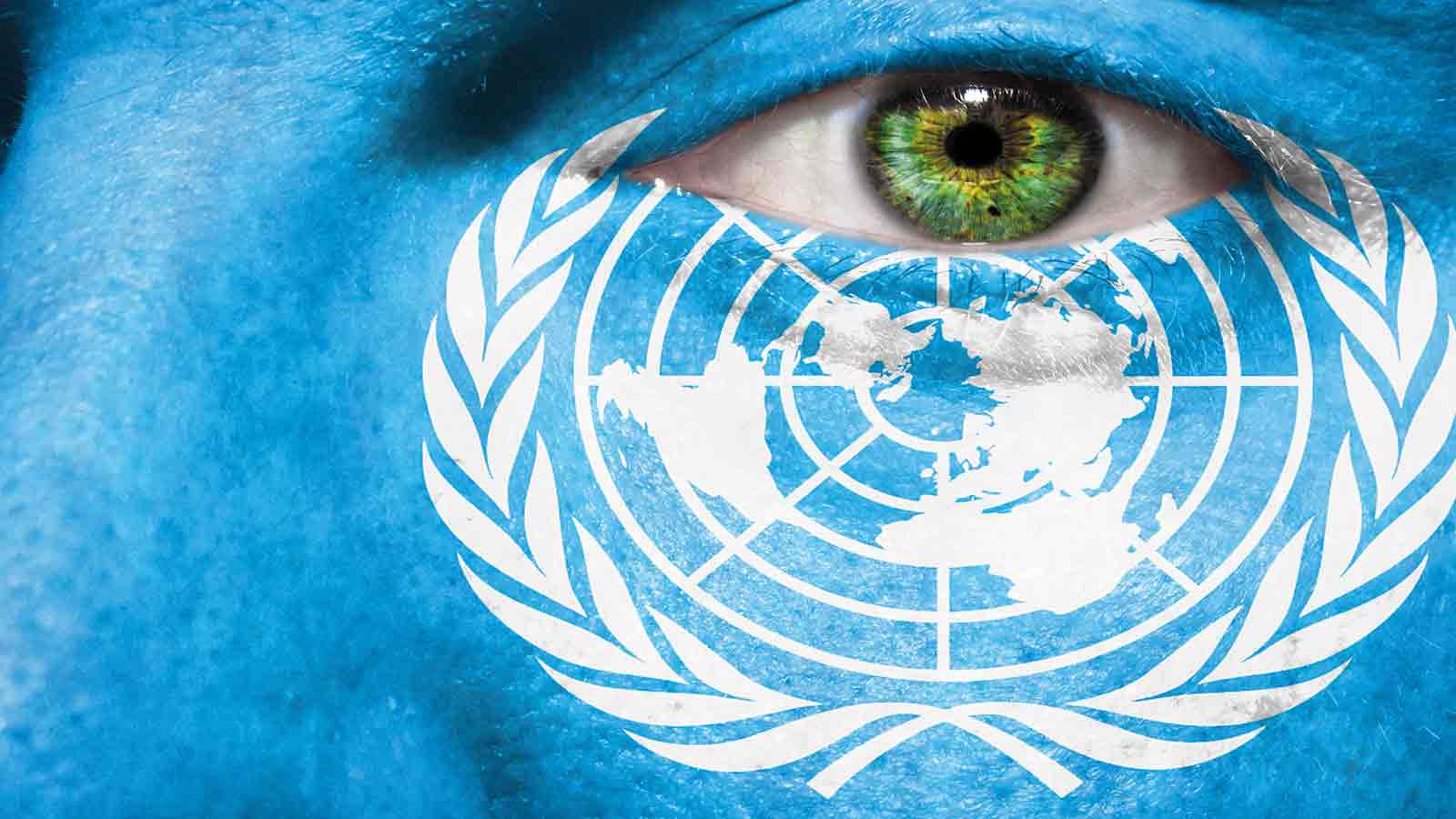 Events during 2014 have exposed systemic gaps in border control arrangements globally. The UN Security Council has responded to the emergence of the foreign terrorist fighter threat with the drafting and adoption of Resolution 2178 (UN SCR 2178).1 The scope of application to travel has been significantly expanded with the adoption of UN SCR 2178. It is now up to States, UN agencies and other international organisations to develop proposals for substantive initiatives supporting the Security Council Resolution. In this article, Ross Greenwood outlines the travel related elements of the new international requirements and some possible implications for global border control arrangements.

On 28 September 2001, just weeks after the 9/11 attacks, the UN Security Council, acting under Chapter VII of the UN Charter, adopted Resolution 1373 (UN SCR 1373).2 The resolution continues to operate, requiring, inter alia, that all States shall:

“2. Calls upon all States to cooperate, inter alia, to strengthen the security of their international borders, including by combating fraudulent travel documents and, to the extent attainable, by enhancing terrorist screening and passenger security procedures with a view to preventing those guilty of the conduct in paragraph 1 (a) from entering their territory;

Earlier, on 15 October 1999, in the wake of the bombings of the US Embassies in Nairobi and Dar es Salaam, the UN Security Council, with the adoption of Resolution 1267 (UN SCR 1267), introduced financial and other sanctions against the Taliban and Osama bin Laden and his associates.4 UN SCR 1267 also established a committee of the Security Council to manage and report on the implementation of the sanctions. These sanctions were extended in scope and coverage over time (for example, UN SCR 1333 of 2000 and 1390 of 2002), leading to the creation of a consolidated Al‑Qaida sanctions list of Al‑Qaida members, associates and other supporters.

With the adoption of Resolution 1989 on 17 June 2011, the financial and other sanctions previously authorised by the Security Council were extended to include a specific travel related provision:5

“Acting under Chapter VII of the Charter of the United Nations,

1. Decides that all States shall take the measures
as previously imposed… known as the Al‑Qaida Sanctions List:

… (b) Prevent the entry into or transit through their territories of these individuals, provided that nothing in this paragraph shall oblige any State to deny entry or require the departure from its territories of its own nationals and this paragraph shall not apply where entry or transit is necessary for the fulfilment of a judicial process or the Committee determines on a case‑by‑case basis only that entry or transit is justified; …”

There has therefore been a general requirement for some years for UN Member States to have in place effective border control arrangements, along with a more specific requirement to apply UN sanctions relating to travel.

Security Council Resolution 2178
Expressing, inter alia, grave concern for the global threat posed by the travel foreign terrorist fighters, the scope of application to the regulation of travel of earlier Security Council Resolutions has been significantly expanded with the adoption of Resolution 2178 (UN SCR 2178) on 24 September 2014. UN SCR 2178 includes unprecedented extensive, detailed and specific requirements for Member States to regulate travel. These new requirements include explicit requirements for international data sharing and the responsibility of States to regulate travel not only at entry, but also at exit and transit.

Extracts from the travel related provisions of UN SCR 2178, and some brief commentary follow:

“Acting under Chapter VII of the Charter of the United Nations,

… 2. Reaffirms that all States shall prevent the movement of terrorists or terrorist groups by effective border controls… and encourages Member States to employ evidence‑based traveller risk assessment and screening procedures including collection and analysis of travel data, …

3. Urges Member States, … to intensify and accelerate the exchange of operational information regarding… movements of terrorists…, including foreign terrorist fighters… through bilateral or multilateral mechanisms…

Comment: Taken together 2., 3. and 4. make more explicit the linkage between ‘one‑to‑one’ comparisons for traveller identity verification as the foundation for the effective application of ‘one‑to‑many’ searches against watchlists (for example, of the Interpol Stolen and Lost Passport Database and checks of the Al‑Qaida sanctions list). This progress is noteworthy as it lays a foundation for practical implementation of the travel‑related provisions of UN SCR 2178.

“5. Decides that Member States shall… prevent and suppress the… transporting… of individuals who travel to a State other than their States of residence or nationality for the purpose of the perpetration, planning, or preparation of, or participation in, terrorist acts or the providing or receiving of terrorist training, and the financing of their travel and of their activities;

… 8. Decides that… Member States shall prevent the entry into or transit through their territories of any individual about whom that State has credible information that provides reasonable grounds to believe that he or she is seeking entry into or
transit through their territory for the purpose of participating in the (terrorist and related) acts (elsewhere described)…”

Comment: In separate provisions UN SCR 2178 references Council Resolutions 1267 and 1989, which as discussed above established, then extended, the scope of an Al‑Qaida sanctions list. UN SCR 2178 notes that the activities of foreign terrorist fighters and those who support them may make them eligible for inclusion on the sanctions list. The application of improved sanctions watchlists at exit and transit and at entry control will be important mechanisms for the practical implementation of 5. and 8.

Comment: 9. Calls upon Member States to require airlines to provide API data however the same provision makes it clear it is then up UN Member States to have in place mechanisms that share relevant data with transit and destination to support interventions to prevent travel. The current absence of and/or limited scope of exit control in many countries is a potential obstacle to the implementation of UN SCR 2178.

“… 11. Calls upon Member States to improve international, regional, and subregional cooperation… to prevent the travel of foreign terrorist fighters from or through their territories…

14. Calls upon States to help build the capacity of States to address the threat posed by foreign terrorist fighters…”

Comment: 11., 13. and 14. These three provisions suggest capacity building and other international cooperation initiatives can be expected to form a significant component of the implementation response to UN SCR 2178.

While it is true that history has many examples of Security Council Resolutions adopted with the full authority of Chapter VII remaining unimplemented, there are some reasons to be more optimistic about the fate of UN SCR 2178. First, the resolution is specific and prescriptive in a number of its provisions, leaving less room for interpretation and obfuscation. Secondly, support for action is broad and deep – perhaps best illustrated by the fact that the debate and discussion in the Security Council was attended by Heads of State and Heads of Government of a large majority of the Member States represented. Thirdly, progress to implementation is subject to monitoring and review by designated entities, thus establishing stronger accountability. These reasons for confidence were evident in the Statement by the President of the Security Council at the 7316th meeting of the Security Council, held on 19 November 2014:7

“…The Security Council reiterates, as called for in resolutions 2161 (2014) and 2178 (2014), its call on Member States to make use of the Interpol databases and to require that airlines under their jurisdiction provide advance passenger information to detect the departure from, entry into, or transit through their territories of individuals on the Al‑Qaida sanctions list, and additionally encourages that they provide Passenger Name Records, where appropriate, to the appropriate national authorities, and requests the UN’s Counter Terrorism Executive Directorate to report, within 180 days, to the Counter‑Terrorism Committee on gaps in the use of advance passenger information, and make recommendations to expand the use of advance passenger information, including plans to facilitate the required capacity building in this regard, working with the Al‑Qaida Analytical Support and Sanctions Monitoring Team and relevant Counter Terrorism Implementation Task Force entities including International Civil Aviation Organization, as well as industry representatives such as the International Air Transport Association.”

As the requirements for data sharing are explored and developed a fresh round of engagement by national border control policy makers with privacy and data protection stakeholders will no doubt follow.

While UN SCR 2178 is a response to the global threat posed by terrorism, the specific and detailed nature of its various travel related provisions are likely to have a significant impact on broader national, and international, border control policy and practice over time. The global response will create opportunities for identity professionals and a responsibility to ensure that the solutions that are adopted achieve security objectives while at the same time preserving and enhancing the economic and social benefits of travel. 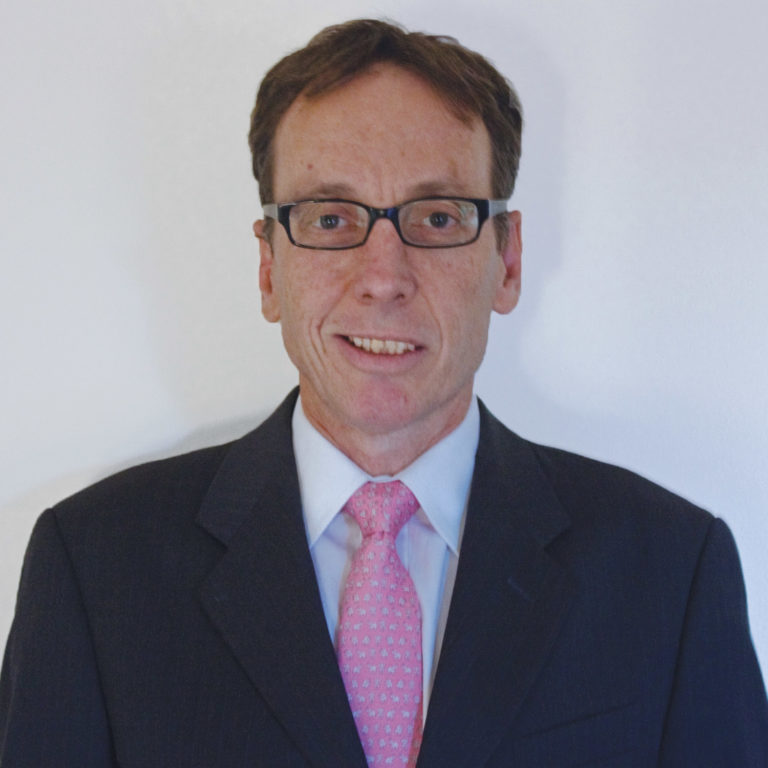 Ross Greenwood is a consultant to agencies and vendors involved in passport issuance, civil registration, border control, biometrics and identity management.
Until 2010, he was a senior executive in the Australian Passport Office with responsibilities for the design of Australian passports, biometric applications and passport fraud.
Ross was Australia’s delegate to the ICAO Machine Readable Travel Document TAG from 2007 to 2010 and the inaugural Chairperson of ICAO’s Public Key Directory Board. Ross was employed at the Australian Department of Immigration up to 2007, in border control and identity management roles.