The National Bank of Ukraine (NBU) recently stopped issuing four banknote denominations and is replacing them with coins. The four lowest-value bank note denominations (1-, 2-, 5-, and 10-hryvnias) banknotes are being replaced with coins. It should be noted that all low-value hryvnia notes (including the 1–hryvnia) remain as legal tender.

This represents the first currency change in Ukraine since its national hryvnia currency system was introduced in the early 1990s as Ukraine became independent of the quickly collapsing Soviet Union, Numismatic News reports. Volodymyr Bahlai, director-general of the Banknote Printing and Minting Works, the coin and banknote changes will save the NBU more than $35 million over the next 20 years. 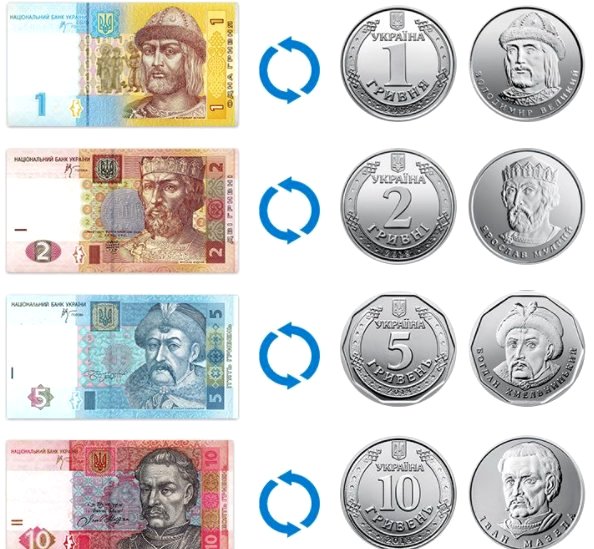 Consulting with other countries, commercial banks

To explain the reason for the changes, NBU Deputy Director of the Cash Circulation Department Oxsana Galyts, told Numismatic News, “Compared to other countries in the region, we had too many denominations. So, we looked globally at what was viewed as best practice and aligned our new series.”

The NBU consulted with several other national banks that have issued fewer denominations (between four and six) than the international averages. Surveys of Ukrainian citizens showed broad public support for withdrawing small denominations. But the most important input came from commercial banks, which told the NBU which denominations are used the most, which are most costly to handle, and which they believe have the most benefit to the public.