Presenting a genuine and authentic travel, residence and/or identity document is no guarantee of the true identity of the holder. The weakest link in the current identity chain is to be found in the application and issuance processes of such documents, and more specifically with the documents that are used to establish the correct identity of the applicant, which are often birth-related. In order to protect existing identities and prevent identity fraud, Ronald Belser calls for a minimum security standard with regard to birth certificates, issued by European Union Member States, members of the European Economic Area and Switzerland.

Travel, residence and identity documents play an increasingly important role in our ever more complex society. The primary or secondary purpose of all such documents is to verify the identity of the bearer. How-ever, possession of a genuine and authentic document is no guarantee of the correct identity of the holder. While the security of travel, residence and identity documents against counterfeiting and forgery has generally steadily improved through application of the latest ICAO and EU specifications, there are no global or regional guidelines or specifications for the documents which in most cases form the basis for the issue of such documents, the so-called breeder documents.

This breeder document, however, is the cause for much concern. Aside from the fact that around 50 million children born each year are provided with no proof of birth whatsoever (with no official registration taking place at all), those documents that are issued are often of very poor quality. In most cases, birth certificates tend to consist of a simple piece of printed paper with few if any security features, and often there are many different versions in circulation. There are differences not only between birth certificates issued by the various countries, but also between birth certificates issued by one and the same country. For example, it is estimated that the United States of America alone has more than 7,000 different types of birth certificates in circulation. This greatly complicates the identification process in connection with the issuance of travel and other documents.
More secure birth certificates give authorities that issue travel, residence and identity documents more certainty with regard to the correct identity (prevention of identity fraud). Even more importantly, a more secure birth certificate provides better protection of a natural person’s identity from potential abuse by third parties: a primary task of government. It further enhances the integrity of the authorities that issue travel, residence and/or identity documents as well as making such documents more readily acceptable to third parties.

Identity fraud
People are becoming increasingly mobile and as a result the composition of the population in many countries (particularly in Europe) has changed considerably over the last 30 years. This calls for a new approach by governments to establish the true identity of individuals who wish to settle in countries other than those they were born in, either for a short or a longer period.

Combatting identity fraud is important for at least four reasons:

Identity fraud (both horizontal and vertical) is a growing problem that is not yet sufficiently recognised by the public. Its magnitude is substantiated by a report commissioned from PwC by the Dutch Ministry of the Interior and Kingdom Relations on the costs of identity fraud to victims and its incidence in the Netherlands. An online survey revealed that 5.6% of respondents had been victims of some form of identity fraud.
As breeder documents often have poor or no security against counterfeiting and forgery, they form the weakest link in the document/identity chain. It used to be the case that fraudsters operated at the end of the document chain, forging or falsifying travel, residence and identity documents, but nowadays fraud has shifted to the start of the chain, to the process of applying for such documents. It is here that breeder documents with poor or no security frequently play a crucial role in the process of establishing the correct identity of the applicant. Until recent years, problems with breeder documents were largely ignored, with the emphasis instead being placed on the technical enhancement of existing travel, residence and identity documents. The 9/11 terrorist attacks in 2001 only served to reinforce these developments (for example the application of biometrics), whilst the application and issuance processes for breeder documents have received (very) scant attention to date.

The problem within the identity chain
The television quiz show The Weakest Link is popular in many countries. Contestants are asked a series of general knowledge questions, and those giving the weakest answers drop out until finally the person who gives the best answers wins the game.
A similar ‘game’ is played out in the identity chain. In the fight against identity and document fraud, governments are increasingly focused on making travel, residence and identity documents better and more secure by adding sophisticated security features. In doing so they sometimes take their eye off identity fraud. ‘Players’ who present a fake or forged birth-related document which the authorities fails to recognise as such, are then ‘rewarded’ with a document with high-quality fraud protection, which in many countries is equipped with a chip containing the biometric details of the holder, only in this case stating an incorrect or non-existent identity and/or nationality.
It is clear that breeder documents such as birth certificates also play an important role beyond the borders of the country of issue. Partly under the influence of the Schengen Agreement, citizens are increasingly mobile and much more inclined to relocate to another country, where the breeder document will once again play a role in the official registration with the authorities of the new country of residence.
The threat or risk of someone presenting a genuine and authentic (electronic) travel, residence or identity document issued on the basis of a fake or forged breeder document is real and in turn forms a threat to, for example, reliable record keeping by governments and semi-governments and the various initiatives launched by governments and others to use such (electronic) documents in automated and semi-automated processes such as Automated Border Control systems. This means that establishing someone’s correct identity is of paramount importance. On a scale of 0 to 100, 0 stands for complete anonymity and 100 for complete and correct establishment of identity.
In order to minimise the aforementioned problems, governments need to get close to this 100% standard when establishing a person’s identity. A more secure breeder document will certainly make a major contribution in this respect.

Recommendation
The proposal is therefore to establish a minimum technical standard for birth certificates issued by European Union Member States, members of the European Economic Area (EEA) and Switzerland. Such a standard is primarily intended to protect the identity of citizens of these states against unlawful use by third parties. In second instance it can serve to reduce identity fraud to a minimum.
If this is to be achieved the Council will have to ask the European Commission to take the lead in devising legislation in this area. With identity fraud having already been discussed extensively in the European Parliament, the Council and the European Commission, the proposal made in this article to establish regulations with regard to a minimum standard for breeder documents is most certainly feasible.
In a subsequent stage the EU Member States could have such a proposal put on the agenda of the United Nations to enable the problem to be tackled at a global as well as a regional level. The UN could then issue a mandate urging all its members to ensure the proper registration of births and the associated identities as well as issuing more secure birth certificates to their nationals.

Conclusion
As will be evident from the above, presenting a genuine and authentic travel, residence and/or identity document is no guarantee of the true identity of the holder. The weakest link in the current identity chain is to be found in the process of application for and issuance of such documents, more specifically with the documents (often birth-related) that are used to establish the correct identity of the applicant. Generally, these documents contain so few security features that verifying their authenticity is far from easy. In modern societies such as those in Western Europe, identity fraud is a growing phenomenon with associated problems which must be addressed as a matter of urgency before it becomes an unsolvable issue. The establishment of minimum technical security standards for birth certificates is an essential step in reducing this type of identity fraud, starting with birth-related documents issued by the EU Member States, members of the EEA and Switzerland. Such an initiative would represent the next step towards creating a more secure identity chain within the EU and related countries.

If you would like to read the unabridged version of this article please email your request to ronald@belser.eu or wr.belser@ind.minvenj.nl. 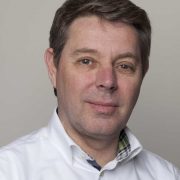 Ronald Belser transferred to the Ministry of Security and Justice after having worked for the Dutch police force for 10 years. For the past 12 years, he has held the position of senior R&D manager at the Ministry’s Immigra­tion and Naturalisation Service. Ronald is responsible for the development and issuance (logistics) of immigration documents. ronald@belser.eu or wr.belser@ind.minvenj.nl. 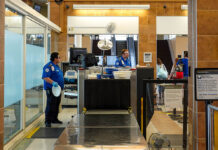