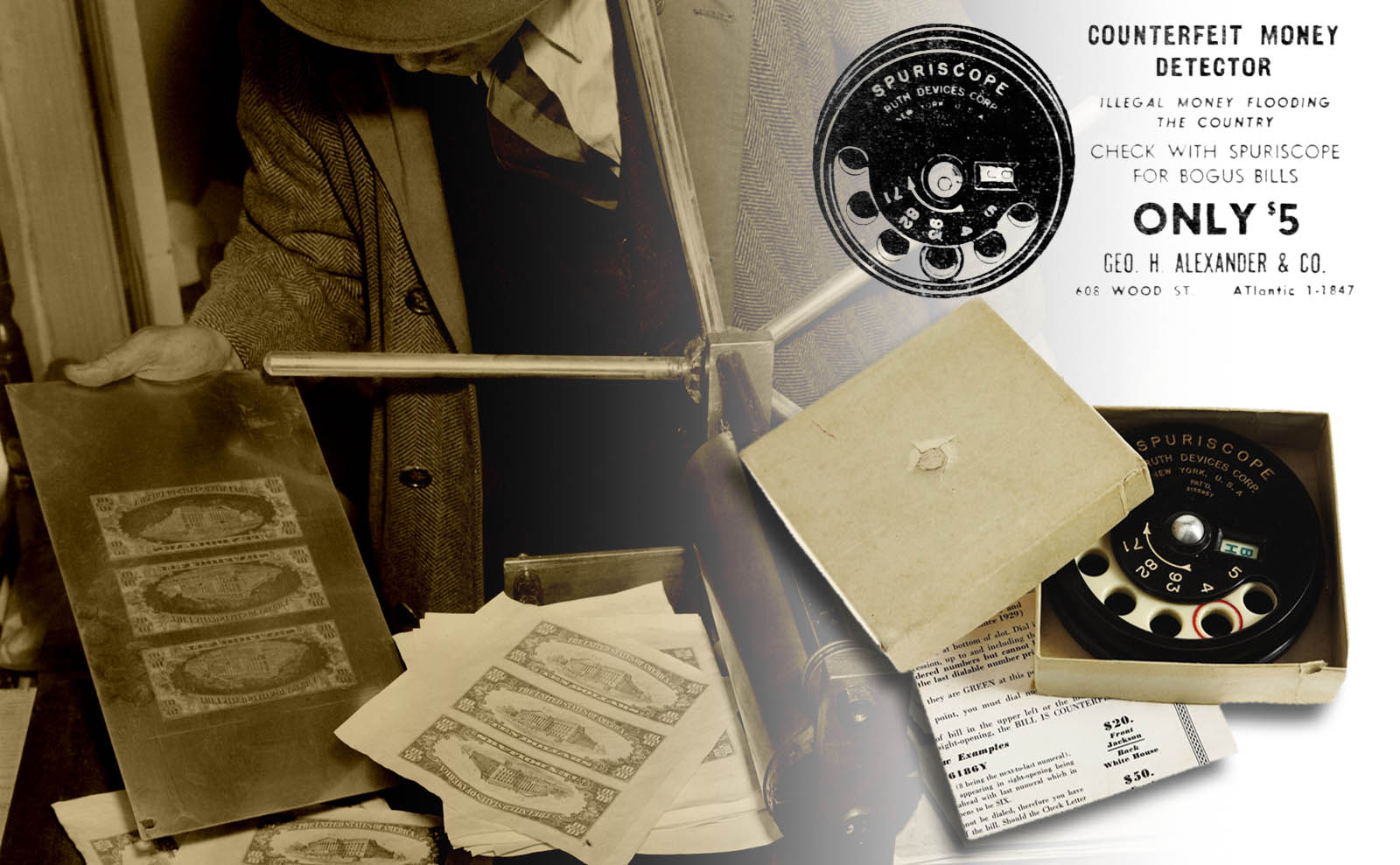 Counterfeit banknotes have existed since at least 1923, when Keesing began collaborating with Interpol to publish Counterfeits & Forgeries. Merchants were frequent victims of counterfeiting fraudsters.

One such merchant and jeweler, John H. (Anton) Ruth, was also an amateur criminologist. The Brooklyn native declared war on counterfeiters by inventing the Spuriscope, a pocket-sized, circular gadget that verified the relationship between the serial number and check letter of a banknote. The code numbers are the same as those used by the United States Treasury. The device could be used to authenticate any denomination bill from $1 to $10.000 dollars.

On May 14, 1935, Ruth applied for a patent, describing the Spuriscope as a “device for determining the genuineness of bank notes”. 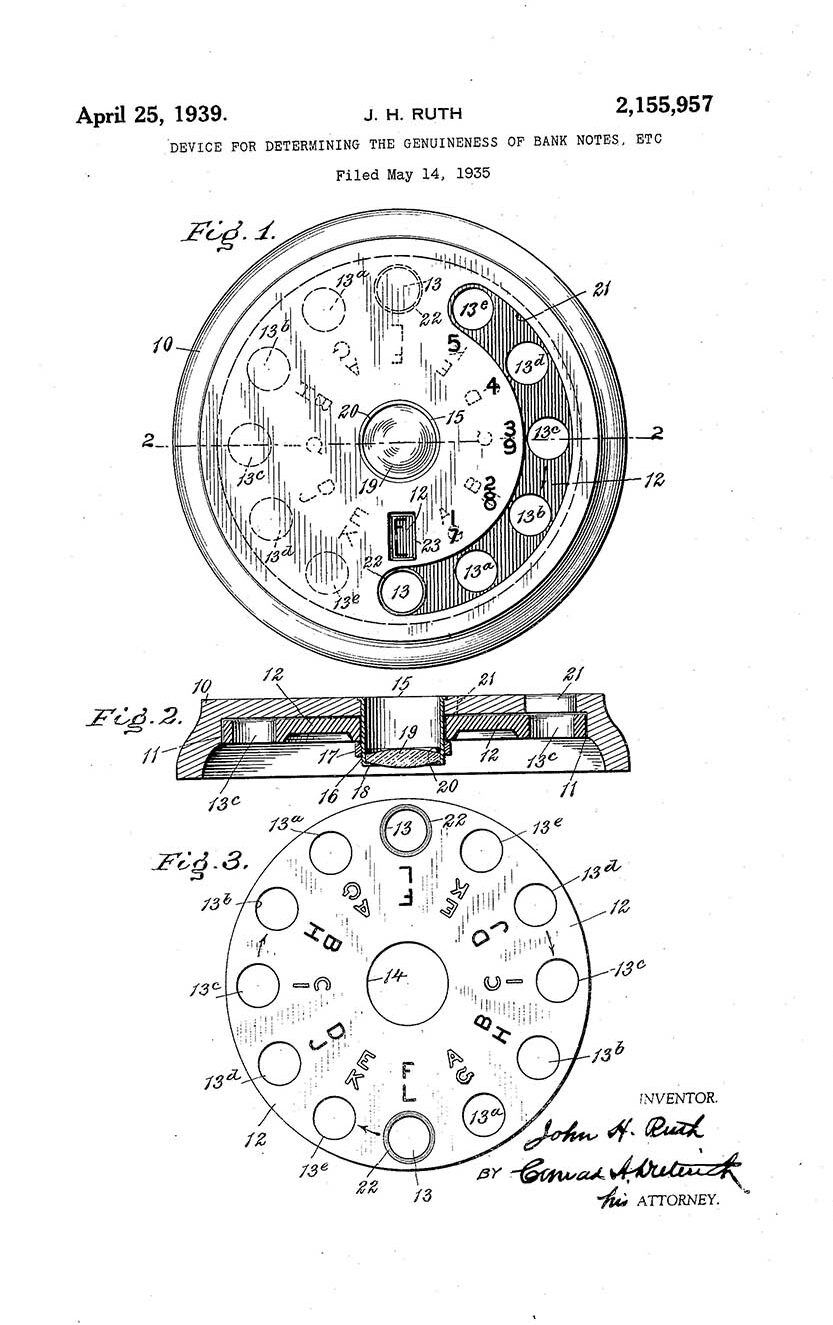 The Ruth Devices Corporation, based at 11 Broadway, New York, started producing the Spuriscope in 1949. They sold for 5 dollars apiece.

Next, it was time to get the Spuriscope out on the market, to help banks and merchants detect counterfeit bills before they were duped. The company slogan was ““Don’t gamble and hope, use the spuriscope.”

Below are sample advertisements from 1950, extolling the virtues of the ingenious device. 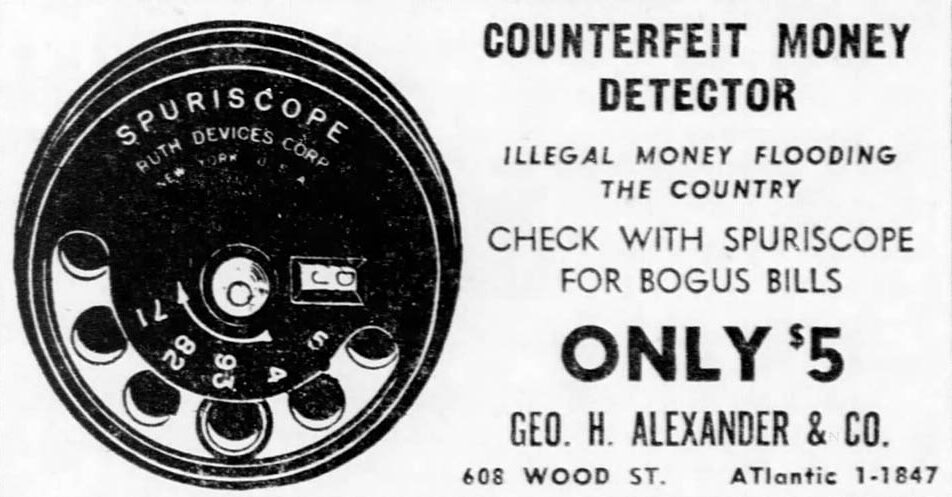 From the Pittsburgh Post-Gazette (February 2, 1950) 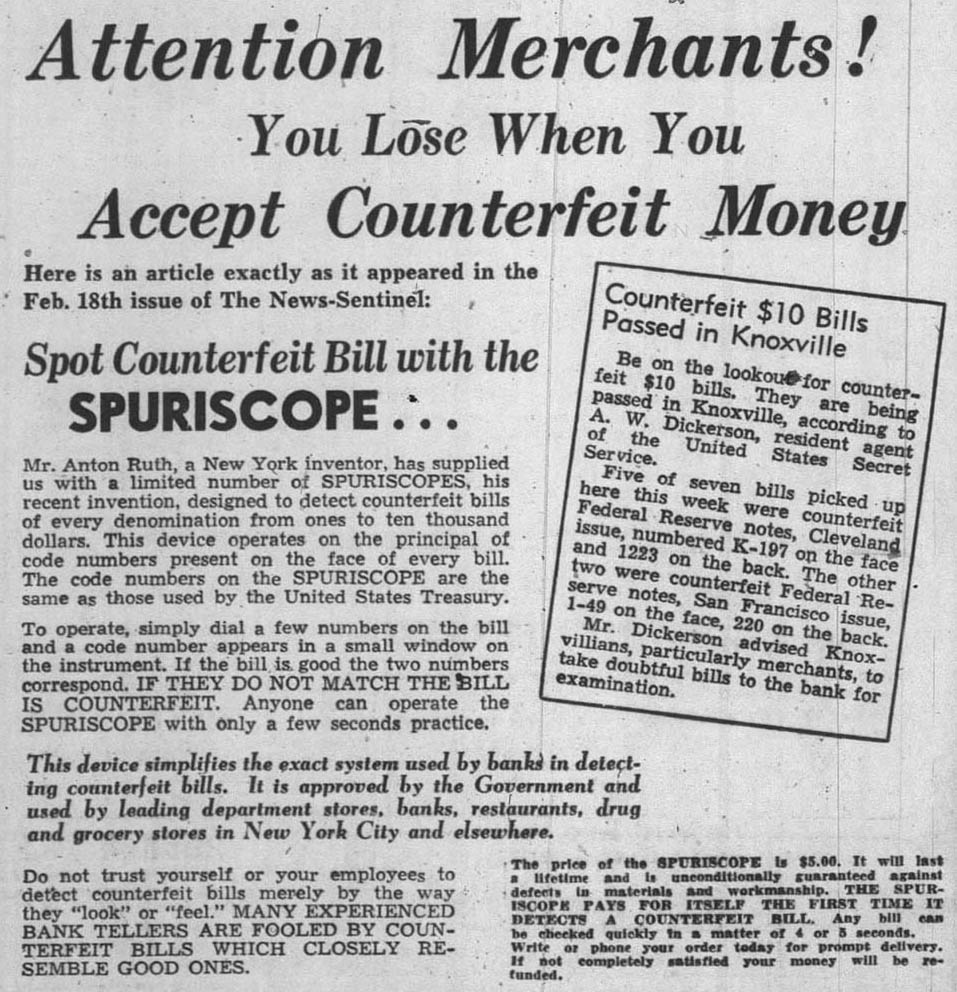 Every good invention provides directions for its use, and the Spuriscope was no exception. Ruth Devices Corp. claimed: “The Spuriscope is easy to operate, simply ‘dial’ the serial number on the banknote (like a rotary phone) and the Check letter should appear in the window in green. Should the Check letter be red the bill is a counterfeit. Normally the check is done between two and ten seconds.” 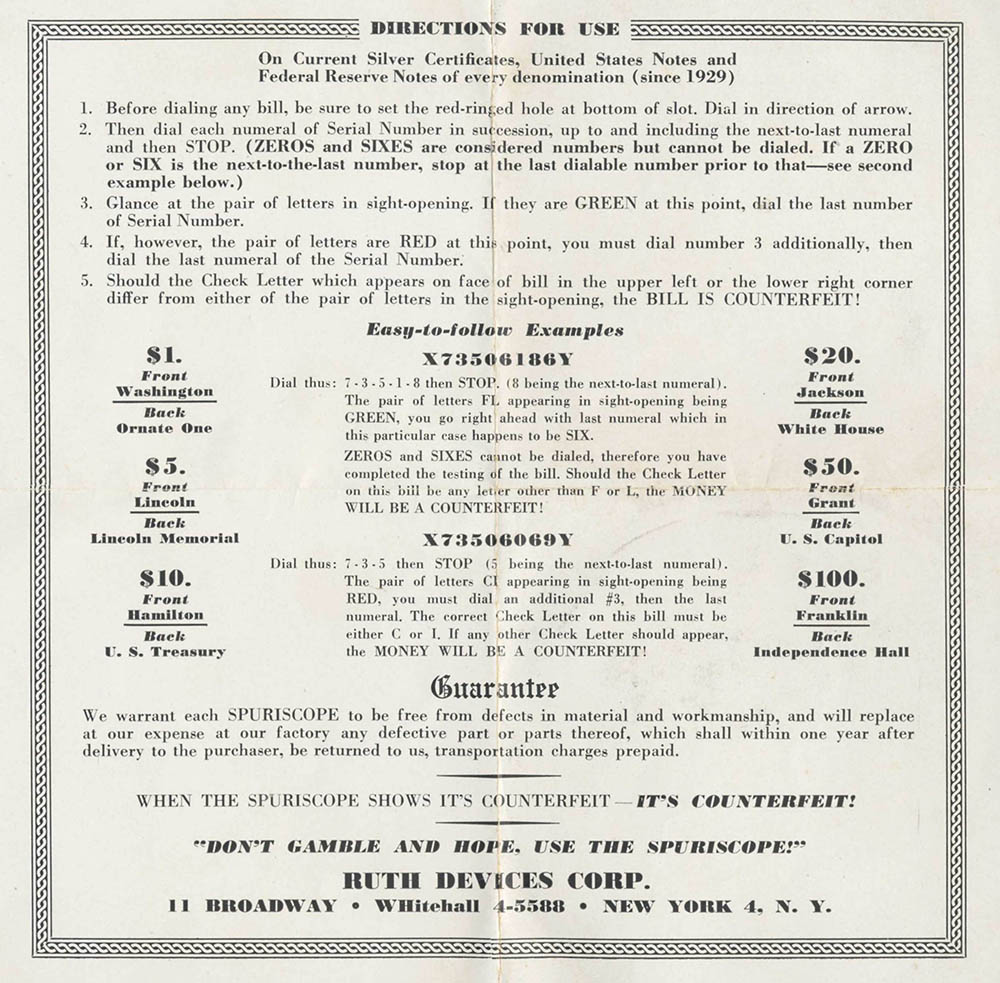 The directions for using the Spuriscope were clear—and came with a guarantee.

It isn’t clear exactly when the Ruth Devices Corp. stopped producing the Spuriscope. But collectors like me continue to buy the Spuriscope through special auction houses, so that we can own a little piece of banknote history.

Kevin R. Cabout is working as Head of Document Acquisition at Keesing Technologies. Prior to that, he worked for the Dutch immigration for nearly ten years in various positions.