In April 2016, the Swiss National Bank (SNB) launched its 9th banknote series with the new CHF 50 denomination. As more than 20 years have passed after the previous series, this article will look into the design and technological evolution that has taken place between the 8th and 9th series – an evolution from which the new series has clearly benefitted. The Swiss banknote printing company Orell Füssli Security Printing (OFS) tested innovative solutions through many iterations to obtain stable production processes. These were achieved thanks to an intensive collaboration between the banknote printer and its suppliers.

The journey started in 2005 with the artistic design competition. Twelve artists were invited to present their designs for the six denominations on the theme ‘Switzerland open to the world’. After the jury met in November 2005 to evaluate the submissions, the SNB selected Manuela Pfrunder in February 2007 as the designer for the new series. To achieve such a highly sophisticated series of complex printing processes and security features, many technical challenges had to be faced. Throughout the process, the SNB actively took part in the development of new security features and the substrate, such as Spark®, Kinegram Volume® and Durasafe®.

Novelty in security screening for offset and intaglio

The designer of the 8th series, Jörg Zintzmeyer, insisted on precision and control even down to individual pixel resolution of the image setter (4,000 dpi). He wanted to have full flexibility regarding both the design and the security screening. After OFS developed new computer-aided origination software in 1994, the 8th series (see Figure 1) became the world’s first fully digitally origi­nated banknote series. The banknote design was no longer limited to vector lines: the designer introduced a new pixel-based imaging approach. The screening of the main offset image is based on small repetitive security screening cells, and various abstrac­tion levels are de- fined between offset and intaglio: both are based on two different cell patterns with the intaglio cell being larger (see Figures 3 and 4). In each denomination, the cells have a different pixel-based pattern and orientation.

In addition to the design aspect, the pixel-based origination offers a higher security level against re-origination attempts by counterfeiters. The intaglio portrait is supported by the offset print underneath by adding the fine modulation details.

For the 9th series (see Figure 2) two different offset screening methods are used. The front side consists of vector cells evolving through the banknote in size, orientation and shape (see Figure 3). The reverse side, depending on the denomination value and the corresponding theme, is made either of different repeti­tive cell structures or of a complex background design.

The new series continued to use the portrait format of the previous series as well as the organisation of the features in a vertical layout (for the 8th series from A to H and for the 9th series from A to E). The banknotes no longer depict well-known Swiss personalities, but present typical Swiss characteristics by using key motifs: language, matter, water, wind, light and time (see Figure 5). Graphic elements, Swiss locations and actions were selected to illustrate these characteristics. The themes are symbolically represented by hand gestures.

For the 9th series, a 3D screening algorithm was developed to give the design element ‘Hand’ an even better plasticity. The rendering of the object is seemingly three-dimensional thanks to the modulation of the design element and the shape of the raster cell. This approach allows each cell to be adapted realisti­cally to the surface of the represented 3D object.

Development of a new substrate

The Swiss company Landqart developed and produces the Durasafe® substrate used for all the denominations of the 9th series. The substrate is made of three layers: two outer paper layers and an inner polymer core layer. OFS tested that the substrate fulfilled their security printing requirements, such as its printability through­out various application processes and its circulation robustness, which required a number of iterative tests, laboratory measurements and adjustments by Landqart. The substrate thickness, for example, was reduced to improve the printability and to give the note a more tactile and pleasant feeling in hand. Likewise, the registration of the front and reverse windows and the printability on the polymer was optimised, yielding a long-lasting banknote substrate.

In the 8th series, a thin one-millimetre window thread was embedded into the paper and overprinted in the production process by offset and intaglio (see Figure 8). For the 9th series, an unconventional process was followed by embedding a thread by hot stamping it into one of the paper layers. This 2.5 mm registered foil thread implements a clear text featuring the Swiss flag and the denomination value (see Figure 9).

In 1994, the 8th series featured state-of-the-art Kinegram® technology. Each denomination had a specific Kinegram® shape, such as a rectangle, parallelogram or trapezium. The movement of the Kinegram® also changed depending on the denomination value: the value numeral moved according to specific orientation, rotation angle or growing-shrinking effect (see Figure 10).

For the 9th series, OFS and German company Leonhard Kurz co-developed a new security feature with the support of the SNB: the Kinegram Volume® technology. Each design element is exposed onto photopolymer material with a red laser and a green laser. Red and green colour effects are seen in contrast to rainbow holograms. The wavelength of the laser defines the colours that flash at certain viewing angles. By tilting the notes, you can see the dynamic movement of the denomination along four rows.

On the same applied foil, additional technologies are integrated (see Figure 11). The contour of Switzerland on the left is rendered with a Kinegram® structure in silver. With the same technology, each denomination displays specific graphic elements on the map: the 50 features the Alps, the 20 represents the night light emissions as seen from space, and the 10 shows the rail network. Microtext with demetallisation technology is used to present the list of the highest mountains in Switzerland for the 50, various astronomical object names and their distances from the earth in light seconds for the 20, and the names of the longest tunnels and their lengths for the 10.

The foil was originally a laminated foil. This first proto­type foil was quite rigid, and it became clear that a new hot stamping foil had to be developed. It had to be thinner, much more flexible and more suitably adapted to the substrate. The new development of a hot stamping version of the foil was a huge challenge for Kurz, but they succeeded. Yet the foil strip led to repetitive, wave-like deformations on the sheet. To flatten the sheet, a counterforce on the reverse side of the foil stripe was necessary. A printed primer stripe in silkscreen was the chosen solution.

The feature Microperf was introduced during the development of the 8th series. Microperf is a laser-based microperforation that can represent for example, the denomination or a symbol. It is invisible in reflection but becomes visible in transmission. The SNB decided that all denominations should include the Microperf feature. (see Figure 12).

In the 9th series the Microperf feature has the shape
of a Swiss cross and interconnects the foil with the Durasafe® substrate. This process enhances the security: the perforation is made through the foil and the substrate, thus linking the two security features.

In the 8th series, optically variable ink technology (OVI) was used in the print of the denomination value. This was the first time a rasterisation of OVI was used. The raster element was made of oblique lines overprinted by intaglio (see Figure 13).

On each denomination of the new 9th series, a globe is represented from a different rotation angle (see Figure 5). The continents are printed in a full optically variable magnetic ink surface (OVMI) and the oceans are rasterised following the circles of latitude. The magnet created to align the OVMI pigments renders the meridian lines when tilting the banknote from left to right. The OVMI globe diameter is 3 cm, making it easier for the end user to visualise the effect. The OVMI colours shift from gold to green, magenta to green, and an additional colour combination for one of the upcoming banknotes.

The shimmering globe is overprinted by two intaglio inks with specific graphic elements per denomination: the 50 with arrows representing wind flow on the globe (see Figure 14); the 20 with the star constellations visible from Earth; and the 10 with time zone boundaries.

Tactile elements for the visually impaired

The 8th series introduced symbols for the visually impaired. A symbol perceptible to the touch and different for each denomination was embossed at the lower end of the front of each note to enable the blind and vision-impaired to recognise the face value (see Figure 15). Using different distinctive shapes to identify the banknote denomination seemed like a good idea, but unfortunately, the tactility of the intaglio was not effective enough for the visually impaired.

In view of this, the 9th series incorporated a pattern of six deeply embossed intaglio lines on the front side of the banknote, symmetrical at both vertical edges of the banknote (see Figure 16). The denomination values from 10 to 1000 have an increasing number of line patterns, from 1 to 6. The Swiss associations for the blind are very satisfied with these marks, as they have proved easier to identify compared to the touch symbols of the 8th series.

The see-through offset register for the 8th series consisted of two Swiss crosses printed in four colours on both sides. The Swiss cross on the reverse side is slightly smaller than the one on the front side. When seen in transmission, the smaller cross is perfectly centred with the larger one. This can be easily verified by checking the equal thickness of the thin white line between the front and reverse crosses (see Figure 17).

For the new registration feature, the Swiss cross is split into two parts and printed in four colours on each side. By holding the note up to the light, a complete Swiss cross appears in the outline (see Figure 18).

The 9th series has twice been awarded the prestigious ‘Bank Note of the Year’ award by the International Bank Note Society (IBNS): the new CHF 50 note received the prize in 2016 and the new CHF 10 note obtained it in 2017. In addition, the CHF 50 note was awarded ‘Best New Banknote’ of 2016 by the International Association of Currency Affairs (IACA).

Among other communication channels, the SNB dis­closed an attractive and playful mobile app to intro­duce the 9th series in 2016. After every new banknote issuance, an updated version of the app is made available to introduce the newly issued banknote. The security features are described in an interactive way: videos, photographs, and written explanation. The public is invited to play as a forensic investigator by performing different tests to explore the banknote security features. 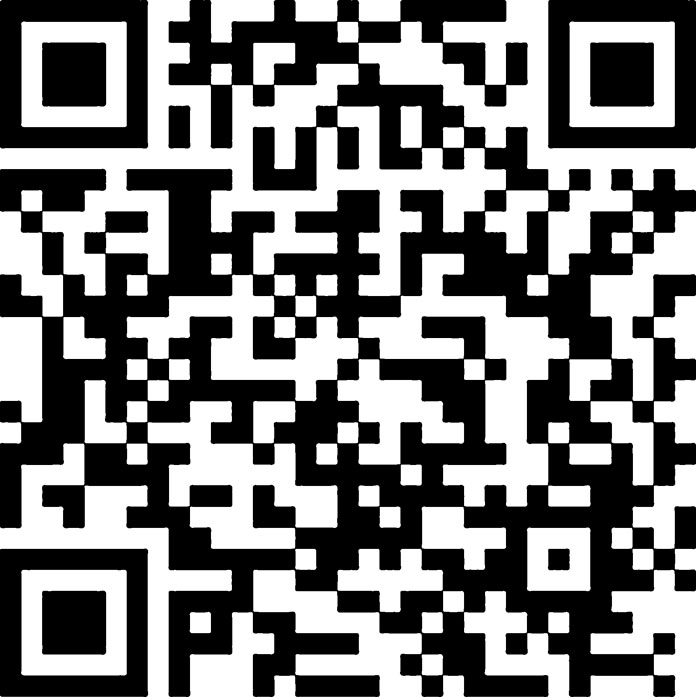 To discover more about the new 9th series, readers are invited to scan this QR code to reach the SNB webpage dedicated for the app. 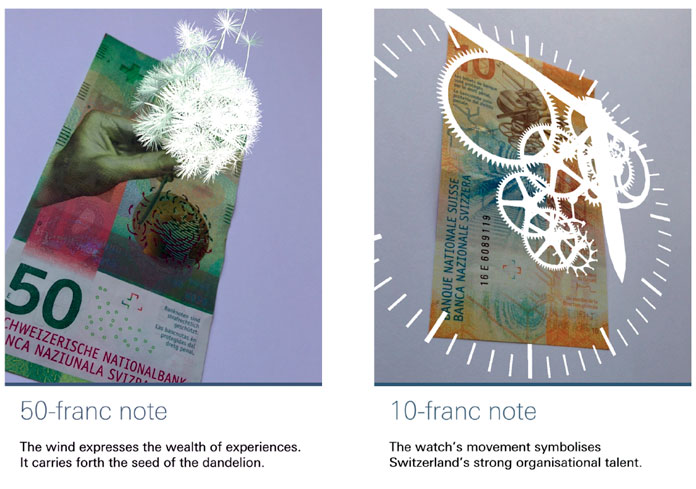 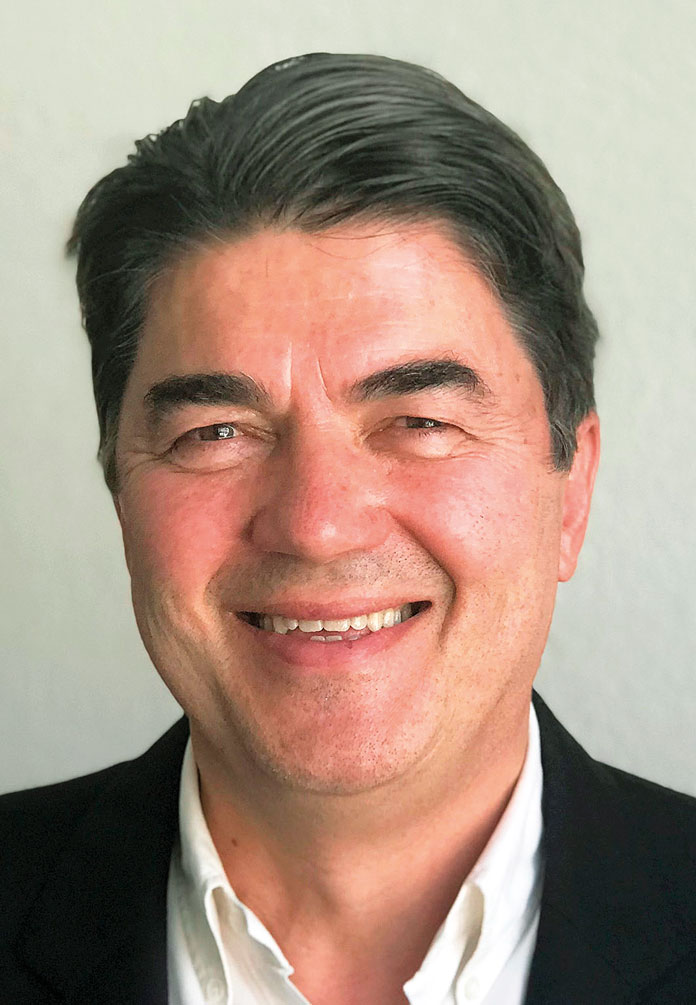 Martin Eichenberger earned a PhD in computer science in 1992, and started at Orell Füssli Security Printing Ltd in the same year. He initiated the development of Security Design Software for its prepress department, and is currently Chief Scientist at the OFS R&D department.