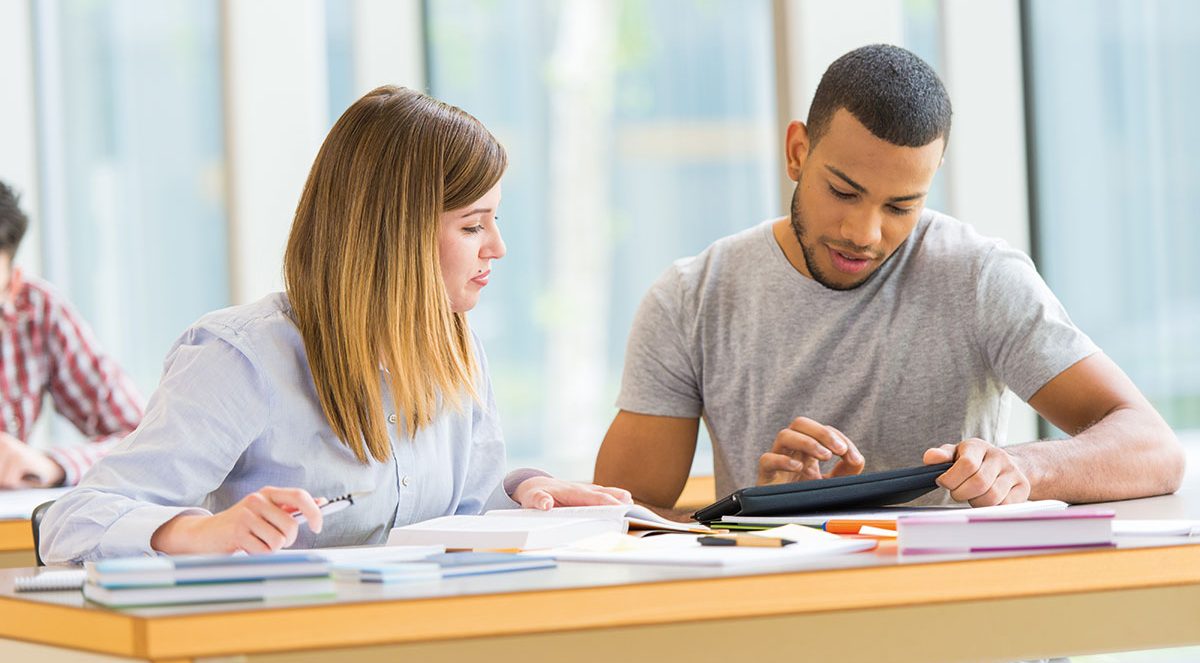 Migrants often have trouble finding employment – doubly so, if they lack a legal identity or identity documents. The 1992 crash of a cargo plane in the densely populated Bijlmermeer area of Amsterdam brought to light the stark reality of this issue. In this article, Ludger Weller explores some ways of managing and leveraging identity to improve labour market outcomes.

Migrants and staffing
Over 25 years ago, I worked for a staffing company in the south-eastern part of Amsterdam known as the ‘Bijlmermeer’. Many immigrants and refugees started their new lives in the Netherlands in this specific area. Often, they lacked basic Dutch language skills, which made finding a permanent job difficult even with good qualifications. This brought a lot of traffic to the doorstep of our staffing agency, of which our branch alone employed over 500 people. The local economy was growing, but unfortunately most jobs were in the higher end of the labour market and not suitable for the newly arrived immigrants.

Finding a job was even more complicated for immigrants without papers. Employment agencies risked severe penalties, up to losing their license, for hiring people without work permits or residence papers. For this reason, we worked with the police to train our recruiters consultants to identify illegal or false documents. We believed we were succeeding at this.

Bijlmermeer disaster
On 4 October 1992, a cargo plane crashed into two blocks of flats in the Bijlmermeer area of Amsterdam. The first reports were devastating; the police originally estimated a death toll of over 200, with 240 people missing.[1] Many apartments were completely obliterated by the crash and the subsequent massive fire. Some days later the number of casualties was set at 43, four of whom had been on the plane itself.

Seeing all those apartments destroyed, it felt unbe­lievable that relatively few people were reported missing. We therefore asked the police exactly which homes were destroyed, and searched our database for temporary workers registered at these addresses. We found that over 20 of them had lived in the affected buildings, and many of them remained missing. For us it became clear that our agency had lost a number of temps.

Recently, the Netherlands marked the 25th anniversary of this horrific event. There were memorial meetings and commemorative pieces on television. To anyone affected by the Bijlmermeer disaster, these are images they will never forget. What this tragedy brought home is that not having a legal identity makes it hard to find a job and earn an income. At worst it could even mean that you are not missed after a disaster, especially if all your family and friends are victims also.
When we did our database search and deduplication on residential addresses, we discovered that some workers were using official documents of others. This brought us to another worrying conclusion: not having a legal identity or proof of identity forces people to seek alternative ways of earning money. This gives ‘middle men’ who are in the possession of the right legal documents and a bank account the opportunity to take a considerable chunk of someone’s hard-earned income in return for the temporary use of their papers.

Identity checks and recruitment
Today, some recruiting firms use biometric identifica­tion to ensure they know who their workers are. During registration, applicants supply their biometric data at the agency, and biometric checks may then also be carried out at their working place in order to verify that the same person is indeed coming to work each day.

Identity checks are vital for security in many sectors worldwide, and background checks are common in aviation, banking, and even education. To find employ­ment in these sectors, a legal identity and the ability to prove that identity are required. Automated checks are available as a service for checking passports, but also for verifying licenses of for example healthcare workers. There are also companies that offer pre-employment screening of education, certificates, and even work experience.

Over the past 25 years, increasingly strict laws and checks have caused refugees and illegal immigrants to be deported to their countries of origin more often. The resulting despair has caused some refugees to throw away their original identity papers in the hope of hindering that repatriation process. Of course, this only exacerbates the problem and gives rise to the practice of working under false identities and docu­ments, as described above. Modern biometric systems at least make this much harder.

Labour-related identity checks – a must in developing countries
Imagine the challenge: a gold mine employing several thousand people spread across different sites, in a country without a foundational identity system. It is almost inevitable that at some point an employee is unable to resist the temptation of pocketing a small piece of gold. Such employees will be fired at once if caught during checks at the gate. But over time, the same employee might grow a beard or get a different haircut, and apply for the same kind of job at one of the other mining sites. Without a national foundational identity system, it is almost impossible to prevent this rehire. Instead, the mining company would need to set up its own identity system: a human resource system linked to a biometric system in which all applicants are enrolled, thus enabling a daily biometric check of every employee at the gate.

Clearly, the ability to check identities while recruiting and hiring is a must for many countries. Developing countries that host many expats need to perform a thorough check of their biographical data and bio­metrics captured in visa systems, during enrolment. Visas can help establish a clear identity as well as legal proof of identity. Border officials can check whether the person entering on a visa is the same person to whom the visa was issued. As even the job title is sometimes registered in the visa, the authorities may detain expats and send them back when they detect that he or she is fulfilling a job other than originally specified. The reverse also occurs: expats working in a country with a strict visa system can be required to hand in their identity documents with their employer. This way, the employer can control the movements of their staff and restrict their travel opportunities.

Identity and the labour market: civil registration and vital statistics
Society as a whole and companies in particular, have a continuous need for certain skills to fill vacancies. Employment leads to economic development and gives people a sense of participation and inclusion. Birth registration and civil registration systems provide the legal identities and documents that enable people to work and receive their pay on a bank account, but the systems can also be used to gather vital statistics.

Vital statistics are a necessary part of workforce development, because they can help predict where shortages in the labour market may occur. Which skills are needed to develop the economy? Is economic activity growing or declining in any given region? Is the labour force large enough to compensate for population aging or growth? How many schools are needed? How can people develop the required skills for the vacancies available, now as well as in the future? The ability to develop skills on a national level leads to the develop­ment of companies and thus to economic development. Whereas legal identity and proof of that identity are directly related to the ability to work, indirectly identities in a civil registration and vital statistics system are still closely related to the labour market as a whole. The insights this system affords are crucial for effective workforce development.

Most governments are still to realise this potential, however. The rapidly changing economy constantly demands different and new skills. In many countries, skill shortages are forcing employers to look abroad, a process that involves checking identities and certifi­cates as well as issuing visas to expats. A recent Business News Radio item discussed the dentist shortage in the Netherlands. Around 30 years ago, the government closed the dental faculty of Utrecht University. Today, there is an annual shortage of almost 90 dentists, resulting in nearly 30% of new dentists which have to be recruited from abroad every year. Training dentists is costly; it takes years and a lot of practical training. According to one of the speakers, hiring expats is cheaper than training new dentists. But to hire expats, you need to check iden­tities and certifications, provide visa and arrange work permits – a costly business. In addition, expat dentists are considered highly skilled migrant workers, a cate­gorisation that comes with five years of tax benefits known as ‘the 30% ruling’. This ruling allows employers to grant a tax-free allowance equivalent to 30% of the gross salary subject to Dutch payroll tax. If we add the costs associated with the 30% ruling to the organi­sational costs of checking identities, certificates, and work permits, the total cost is much higher than that of dental training within the country. Knowing the number of identities in a country and the vital statistics based on these identities – in other words, knowing your ‘big data’ – is the starting point for governments to develop the skills needed in current and future workforce.

Back to Amsterdam, 25 years after the Bijlmermeer disaster. For a Rijksmuseum exhibition about stateless­ness, Anoek Steketee photographed stateless people at various ‘bureaucratic’ situations and places. The photos mainly depicted individuals waiting.[2] The 1954 Convention relating to the Status of Stateless Persons defines stateless persons as “individuals who are not considered citizens or nationals under the operation of the law of any country”.[3] At least 10 million people around the world are denied a nationality. In the Netherlands, an estimated 10,000 people are stateless. As a result they miss out on education and employment opportunities. Without an identity, it is not possible to provide legal jobs to all. Some of the unfound, uniden­tified people who died in the Bijlmermeer disaster may well have been stateless.

Conclusion
In summary, identity is closely interwoven with employ­ment opportunities, in particular for immigrants with a distance to the labour market. Governments can improve workforce development outcomes with the help of big data from civil registration and vital statistics. Individuals can be empowered with the help of foundational identity systems. Only our combined and continuous efforts to connect employment and identity can ensure a more inclusive future. 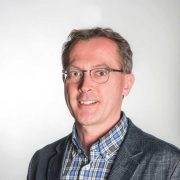 Ludger Weller is the Vice President of Client Solutions & Delivery at WCC Group. He holds degrees in social & organisational psychology and in digital marketing. In his career, he has held positions at well-known larger enterprises such as Philips and Randstad Holding, but also at start-ups such as Callflex, Hedson, and Byce. For over 25 years, Ludger’s focus has been on management and business development in the area of ICT and the labour market.