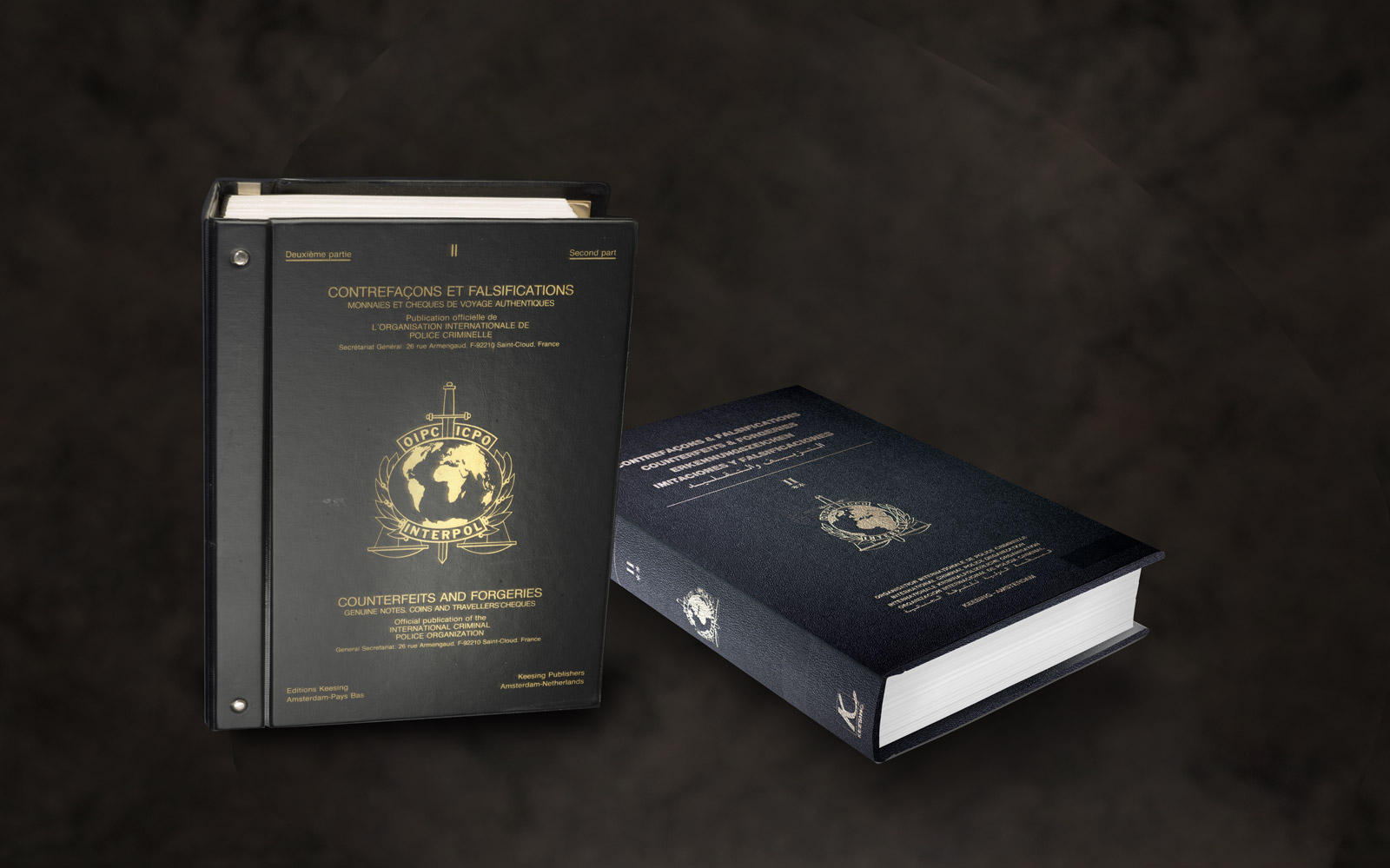 Keesing was founded in 1911 as a financial archive and grew into a publishing company with multiple magazines and booklets. More than a century later, some products have stood the test of time and are still available today. Kevin Cabout gives an account of its rich, noble and fascinating history.

Keesing was founded by Isaäc Keesing jr. Mr. I. Keesing jr. was born in Amsterdam (01.08.1886 – 18.08.1966) and was married to Mariana Sophia Peekel on 12th July 1910. They had 4 children, a son and 3 daughters. Many who knew Isaac well, characterised him as an all-round, restless and above all inventive genius, with a non-exhaustive work drive.

Isaäc started his career as a procurator at the Amsterdamsche Bank. He also wrote countless financial-economic articles, on free-lance basis, for multiple daily and weekly newspapers such as Le Guide du Capitaliste, The New York Times, Anvers Bourse, Kölnische Zeitung and Vaz Dias. He created an ingenious system for his articles, stock exchange data and other financial information, whereby the stored information is arranged in such a manner that instant retrieval is possible when the information is needed for research.

The archive quickly shot to fame and was consulted by many journalist friends. Naturally he was extremely proud of the numerous requests he received for his valuable archived information, however in time, it also became pretty laborious and a thought was formulated: What if I can do for others what, apparently, they cannot do for themselves? With this thought, a plan came to fruition. 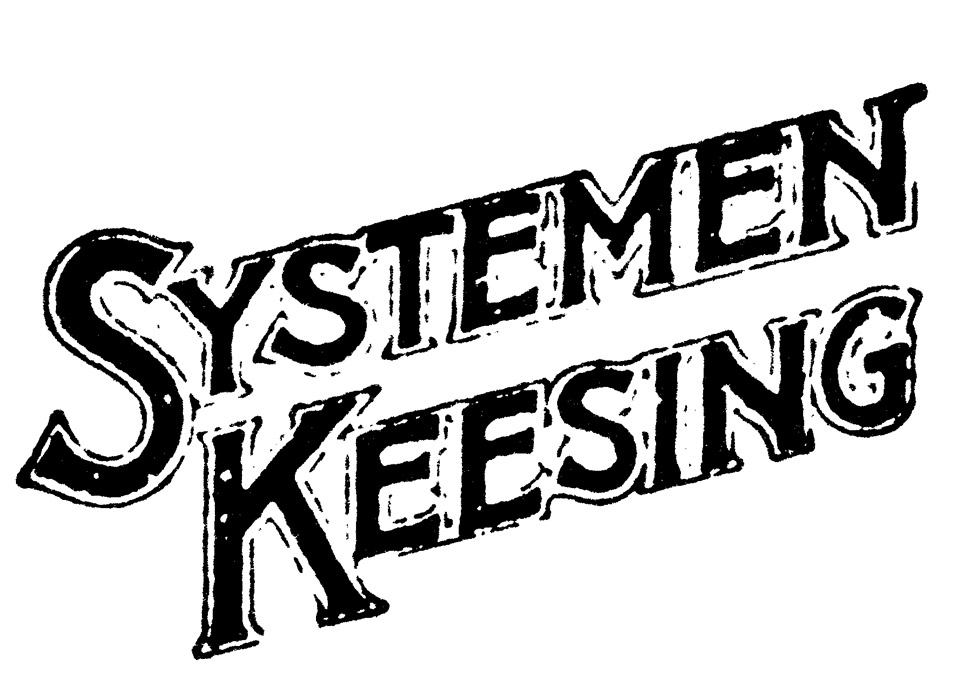 With F560 (Dutch Florin) borrowed from his father, Isaäc started in 1911 his company ‘Systemen Keesing’ (figure 1). He collected financial and economic infor­mation from national and international magazines and made summaries. Individuals and companies could subscribe to his Financial Archive initially called the ‘Financiëel Archief voor Beurs, Handel en Nijverheid’. On the 1st of August 1911, he published his first edition. The publication was initially solely intended for the financial and business world, however Isaac wanted to create magazines for everyone. Hence, the business quickly expanded abroad and ‘Les Systemes Keesing’ opened its doors a year later in Brussels, Belgium and foreign offices in France and the United Kingdom followed suit.

In 1916 (till 1932) Isaäc published the magazine ‘Jong Nederland’. The magazine featured stories, riddles, a photo section, a page for students (partly in French, German and English), advertisements, and for ‘mom and big sister’ sewing and crafting tips.

In October 1920 Isaäc received a patent in the Netherlands for his new invention: an improved sealing device. With this device letters and parcels could now more easily be sealed with the smell of wax substantially reduced and without the danger of setting the paper aflame. He received a patent from the US for this invention as well.

The Dutch Central Bank (De Nederlandsche Bank) was established in 1814. From the onset, many forged coins and banknotes were found, especially after World War I due to the strong position of the Dutch Florin. On initiative of The Dutch Bank, the Minister of Justice signed an agreement on 22th of November 1921 to establish a Dutch Centre of Falsifications. The depart­ment of falsifications was based within the Dutch Central Bank on the Nieuwe Doelenstraat 13, Amsterdam and the inspector of police, Karel Henri Broekhoff, was appointed chief of the centre.

The International Kriminalpolizeiliche Kommission (IKK, now known as Interpol) was established in 1923, in Austria, and was headquartered in Vienna. The institution issued a periodical bulletin for exchange offices, banks and police that dealt with forged documents such as money and cheques. When the bulletin was published in Vienna, Broekhoff asked Isaäc whether he could do better. They knew each other from high school, the ‘Handelsschool’ (Trading School). On the eventful day in 1923, Broekhoff had a meeting with Isaäc at 10 a.m. in the morning, to discuss the publication he envisaged and Isaäc had executed and printed his idea the same day – so Broekhoff started his work, the day after, with a brand new bulletin concept, hot off the press, on his desk and Contrefaçons et Falsifications (Counterfeits and Forgeries) was born! 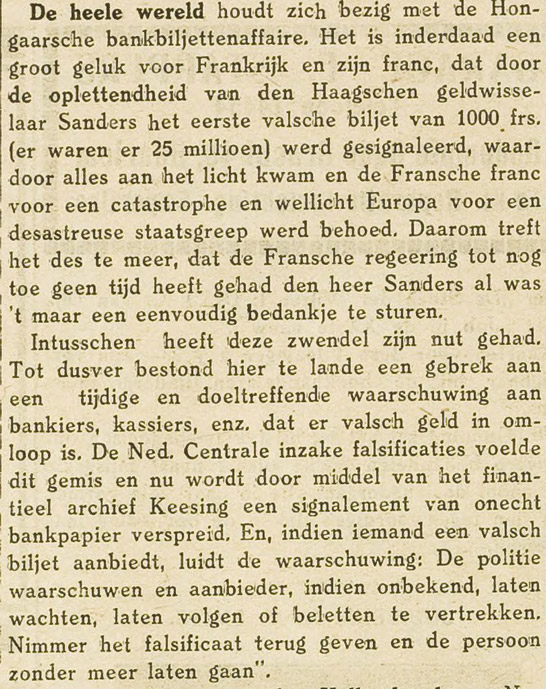 A Dutch newspaper article dated 16th of January 1926 (figure 2), made mention of this printed resource published by Keesing concerning the forgery of bank­notes for Dutch bankers and cashiers. The first Dutch edition was dated April 1926.

On a rainy day whilst on holiday in Germany, Isaäc saw his children entertain themselves with a crossword puzzle called Das Deutsche Rätselblatt. The children really enjoyed the puzzles and he decided to publish something similar in the Netherlands. In October 1930, the first Dutch puzzle booklet was published by Keesing under the name “Denksport”, a name Isaäc himself came up with.

Systemen Keesing continued to publish other loose-leaf magazines such as: Internationaal Financieel Archief, Keesing Medisch Archief, Koersvademecum and even the International Chess Archives, until May 1940.

The Keesing family being Jewish had to go underground in 1941, in order to avoid deportation. The essential figure who was key in keeping the Keesing operation running during the war, was Peter Diesveld, born in 1912, Zevenaar.

Peter had moved for work in the early 30s, from
Den Bosch to Amsterdam. He started as an assistant accountant at the company Moscow which was Keesing’s accountancy firm. Peter met his wife, Dini Kraneveldt, at work. They married in 1942 and had
4 boys.

In the war Isaäc, Leo and all the other Jewish employees were fired by the administrators of the German Occupying Forces. In November 1941, Isaäc transferred his assets (business, home and employees) to Peter Diesveld (29) and Karel Broekhoff (55). Two months later, the Keesing family was given an exit visa arranged by Broekhoff, who had many international contacts. They left for the United States, via Spain. During their temporary residence in the United States, Isaäc was employed at the Dutch embassy in Washington.

The Keesing residence, at Grensstraat in Amsterdam could be kept out of German hands during the war. The property was transferred to Broekhoff’s name in January 1942 and by June of the same year, the Diesveld newlyweds took up residence there. In the ensuing difficult years, Peter Diesveld was able to offer many employees a hiding place in their house and elsewhere.

In May 1944, Peter received the patent for the name “Denksport” (Mind sport) which prevented others from using the name.

Early in 1945, Peter frustrated the German’s plan to remove the company name Keesing from the building, and furthermore, he managed to prevent them from taking the rest of the company’s remaining assets back to Germany. The steamship “Leerdam” brought Isaäc and his family in November 1945, safely back to Amsterdam.

Once the Keesing family returned in Amsterdam, Peter handed the company back to Isaäc. Isaäc and son Leo took their places as board of directors and made Peter the third director. Many pre-war editions (Financieel Archief, Falsificaten and the Denksport-magazines) survived the war, unfortunately, the editions of the Historisch Archief published during the war under German Law, were destroyed due to its prejudiced character.

After the war, the crossword puzzle division expanded considerably. From merely 3 titles before 1940, the division grew to more than 40 titles by 1989 with an annual circulation of more than 11 million copies.

On his 80th birthday (January 1992), Peter and his wife were awarded the prestigious Yad Vashem award by the state of Israel, for their role in helping and saving so many Jews during WWII. Unfortunately the Diesvelds were not able to attend the ceremony as Peter passed away in October of the same year, three months after his wife.

Figure 3: Enlarged upper left corner of a genuine (left), and a false (right) of the reverse side of a 50 guilder bill. Banknotes which were featured in the printed booklet from 1923.

Keesing Technologies, as the company is known today, is still the global market leader in banknote and ID document verification. The printed booklet from 1923 (Figure 3) has now evolved to the digital Keesing Documentchecker. It gives access to the world’s most comprehen­sive reference database. And its banknote verification is still in use by Interpol.

Kevin R. Cabout is working as Head of Document Acquisition at Keesing Technologies. Prior to that, he worked for the Dutch immigration for nearly ten years in various positions.