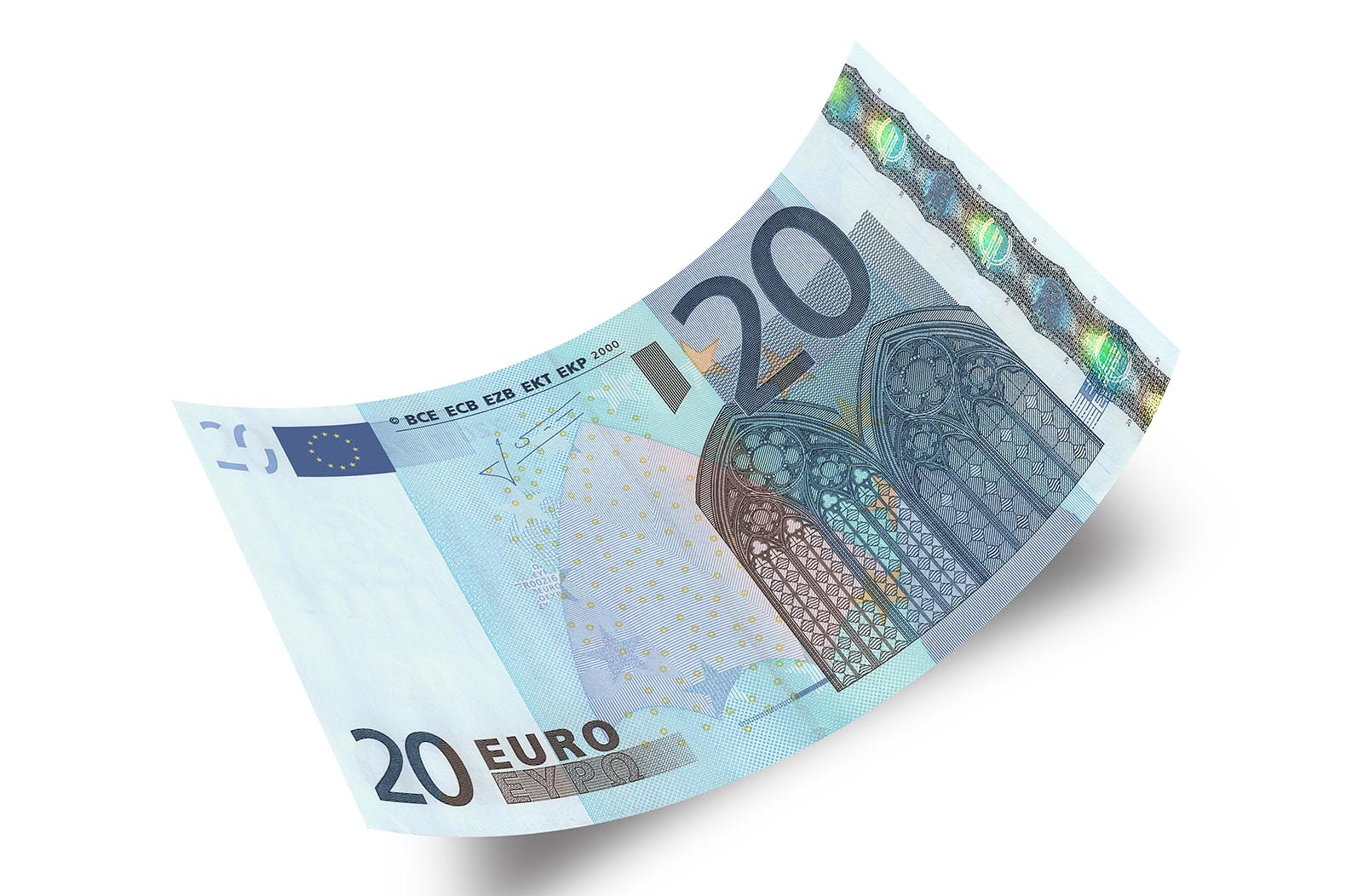 The 20 euro banknotes will now also be coated with a special lacquer as standard in order to make the banknotes more durable.

The five and ten of the second series of euro banknotes, which have gradually been in circulation since 2013, are also coated with a special coating.

Because the bills with a lower value change hands more often they can become damaged more quickly and therefore unusable.

This was explained by Johannes Beermann, a boardmember of the Deutsche Bundesbank in Frankfurt.

It has been shown through tests that the coating increases the average lifespan of the banknote. A similar effect is expected from the coating of the 20 euro banknotes. It has also been proven in laboratory tests that coated banknotes are significantly less vulnerable to soiling.

According to the Bundesbank, in the summer of 2020 some central banks of the Eurosystem had already started to put painted twenties into circulation on a trial basis.  However on behalf of the Bundesbank the 20 euro banknotes with paintwork will be produced for the first time in 2021 and will be put into circulation throughout the course of the year.

The fact that the monetary authorities have pointed out the new paintwork is also important for consumers as criminals often sell the 20 euro notes as fake.

In the first half of 2020, the number of 10 and 20 euro notes increased, these notes where mainly print forgeries according to the Bundesbank.

With 10 024 counterfeits, the 20 euro notes had a share of 29 percent of the 34,000 counterfeit notes that police, retailers and banks had withdrawn from circulation in Germany in the first half of 2020.