A new collection of banknotes has been unveiled by The Bank of Thailand.
The banknotes have been released in order to celebrate the royal coronation of the King, which took place last year.

According to Pattaya Mail, The Bank of Thailand received a royal permit to print a new collection of banknotes as a record of a major historic event and to express Thailand’s unique identity. 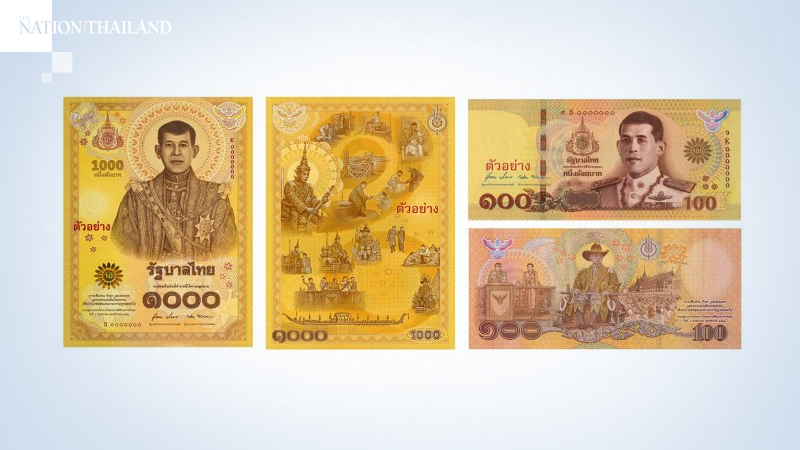 The new banknotes will come in circulation on the 12th of December 2020, this date marks the anniversary of the royal barge procession, which was held as one of the royal coronation ceremonies last year.

Two denominations of the new banknotes will come into circulation, the 1,000 baht and the 100 baht banknotes.

The new banknote designs will feature a portrait instead of the landscape design that is featured on the regular Thai baht banknotes. The notes are printed using 3D magnetic ink, this method enables an anti-counterfeit color-shifting feature and is similar to the technology used on the current banknotes.

The 100 baht banknotes will be printed in yellow instead of the light red color of current 100 baht notes. On the reverse side of both the 100 and 1,000 banknotes scenes from the royal coronation ceremonies will be visible.

The new banknotes will be legal tender. Members of the public will be able to exchange their current banknotes for new ones of the exact same value at commercial banks, the Government Savings Bank, the Bank for Agriculture and Agricultural Cooperatives, the Government Housing Bank, and the Islamic Bank of Thailand.