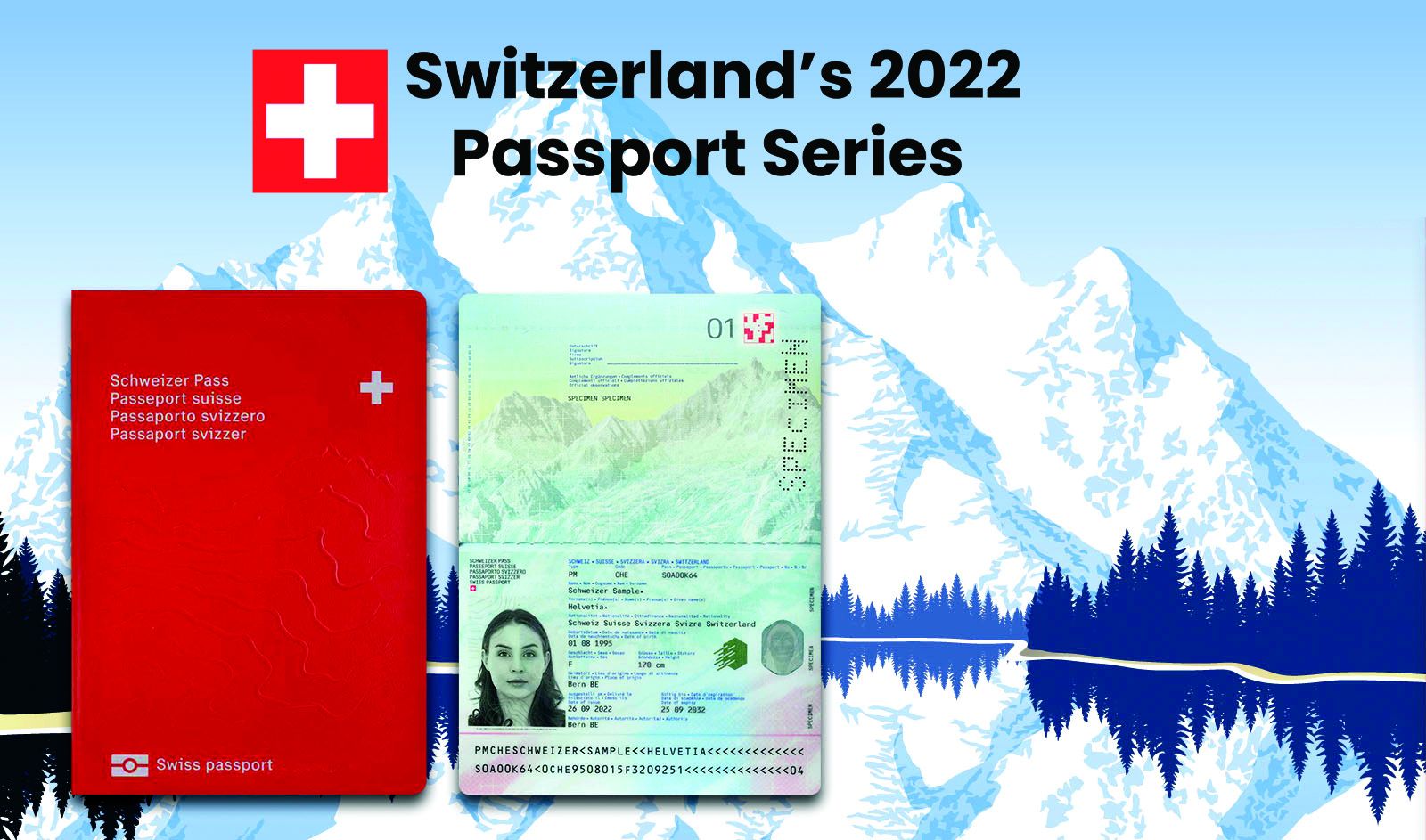 Switzerland has a new passport, issued by the Swiss government starting October 31, 2022, featuring a fresh new design that blends aesthetics with cutting-edge security and functionality.

The 2022 Swiss passport series includes several variations: the ordinary passport, diplomatic passport, service passport, the travel document (refugee passport), and the refugees passport (for foreigners living in Switzerland). All passport variations have a biometric chip on the cover.

An emergency passport in the new design will be issued at a later date and will replace the temporary passport of the previous series. 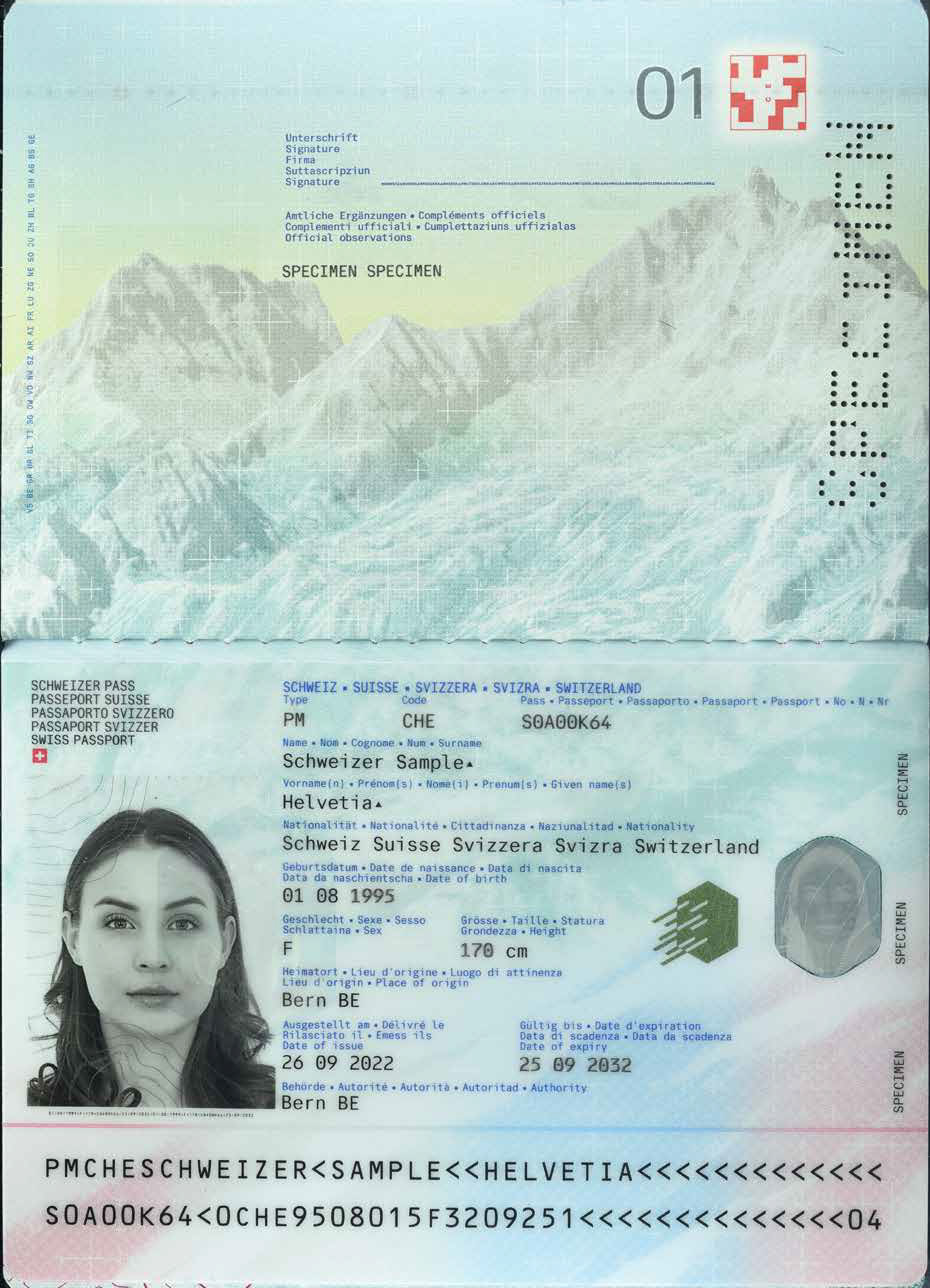 The inside pages of the new passport depict Switzerland’s natural beauty. According to a spokeswoman from Switzerland’s Federal Office of Police, the designs “invite you on a virtual journey through Switzerland’s 26 cantons, from the Alpine peaks down to the valleys.” Also new in this passport series is a page for visas of the “Fifth Switzerland,” which refers to the community of Swiss nationals living abroad. 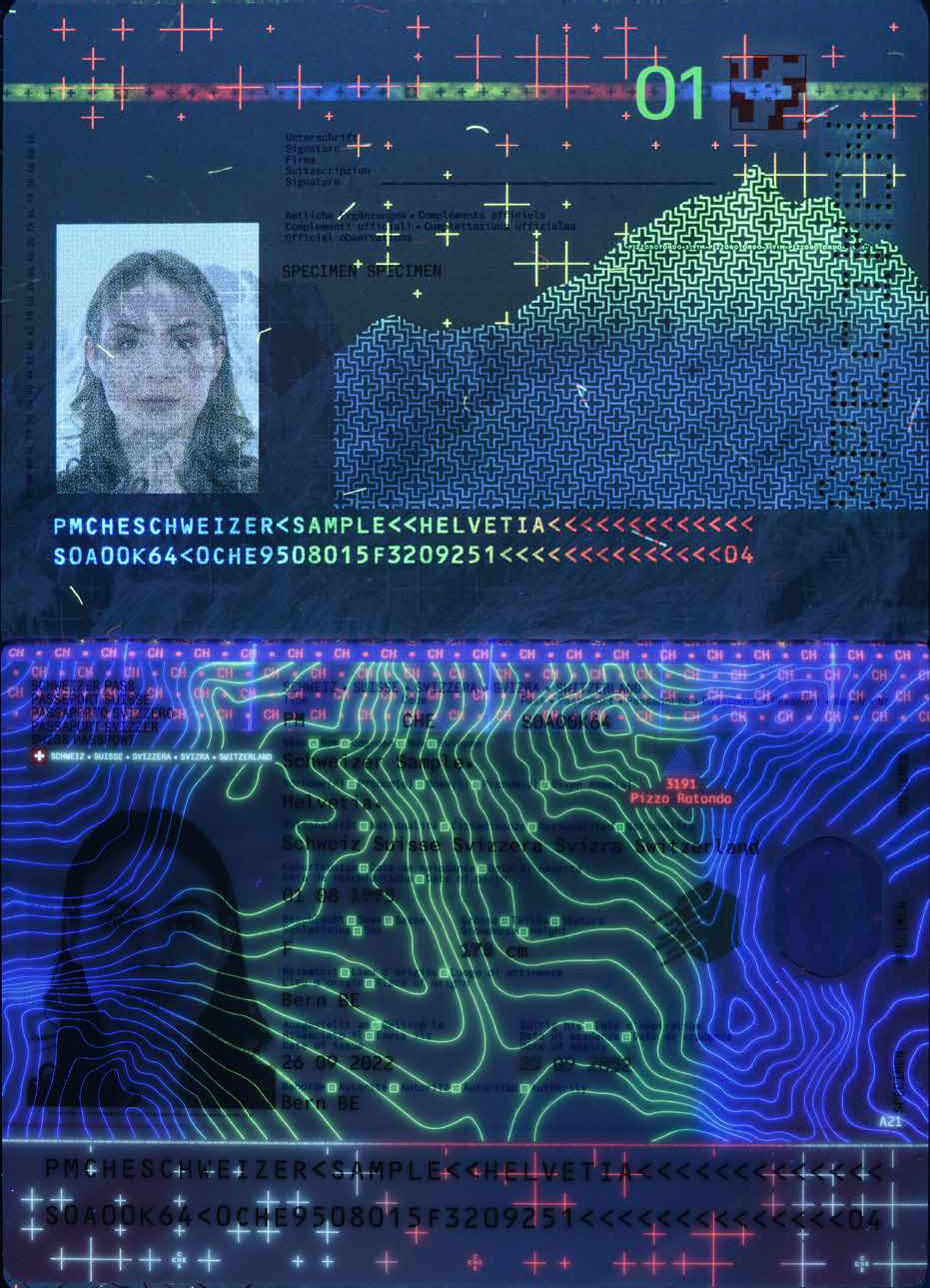 The new Swiss passport is a highly secure ID document and includes, among other features: Optically Variable Ink (OVI) and a clear window in the Bio page, SPARK® (inside cover), and see-through register in the visa pages.

All previously issued Swiss passports shall remain valid until their expiration date.
A redesigned national identity card is expected early next year.