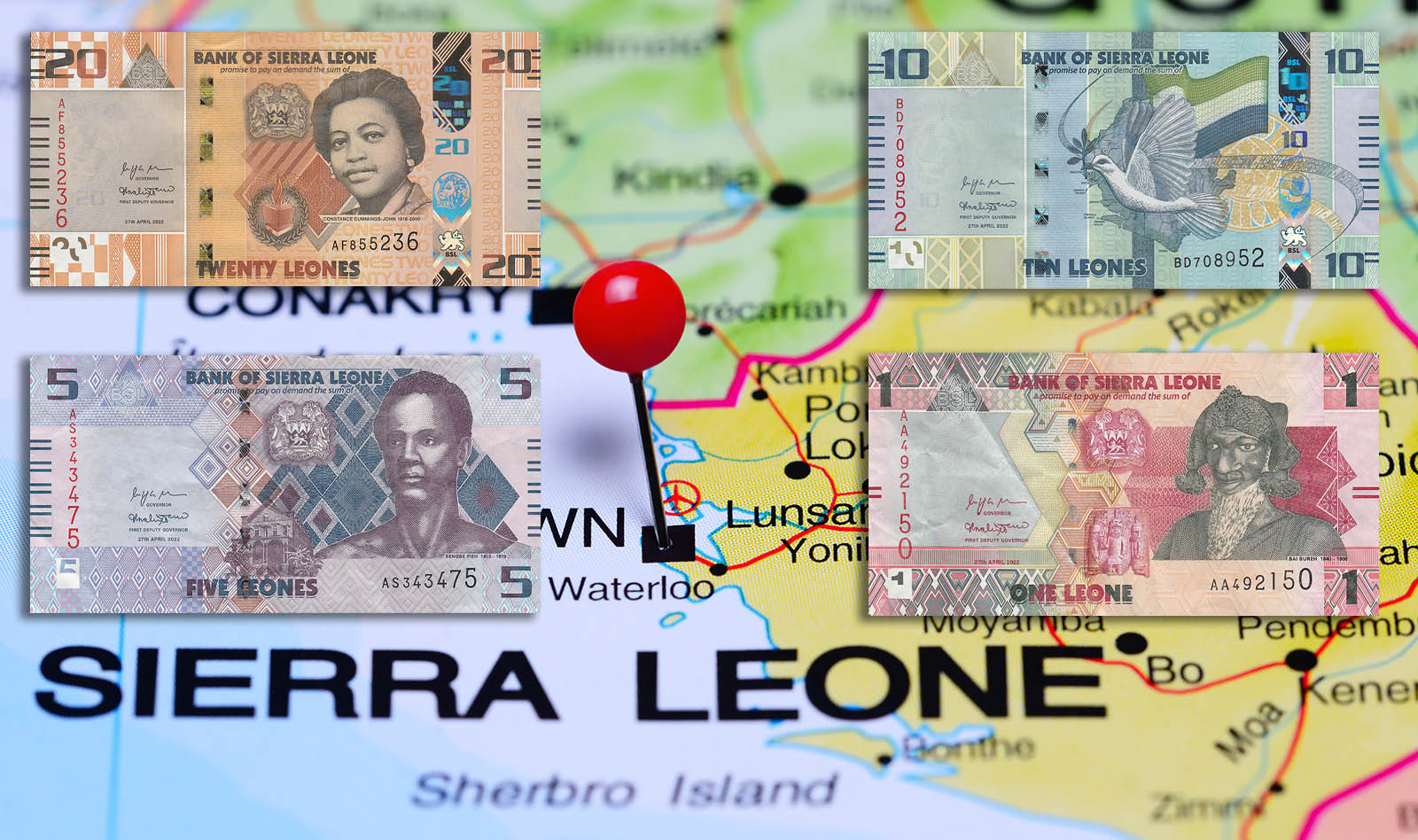 The Central Bank of Sierra Leone has issued a new, re-denominated banknote series—a move intended to restore confidence in the national currency hit hard by inflation. The re-denominated banknotes, along with a new higher-denomination 20-Leones note, were put into circulation on 1 July 2022. It should be noted that a 2-Leones banknote will also be issued sometime this year (date to be determined).

The basic conversion of old to new denomination requires dividing the currency by one thousand (1,000), resulting in the removal of three zeros from the Leone. So, for example, a banknote of 10 new leones is the equivalent of an olde 10,000 leones note.

A closer look at the re-denominated banknotes 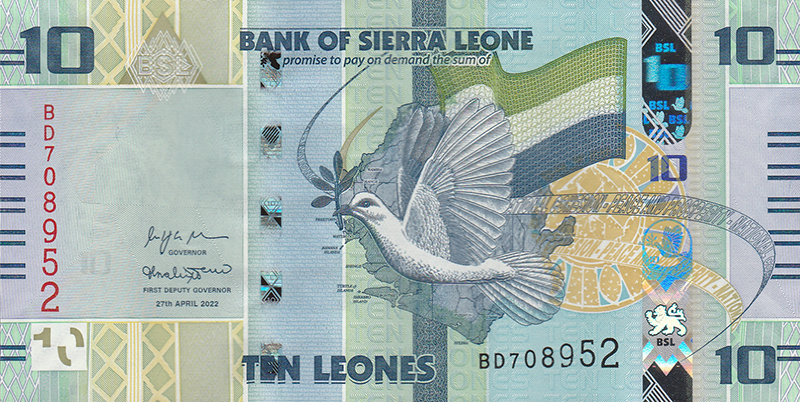 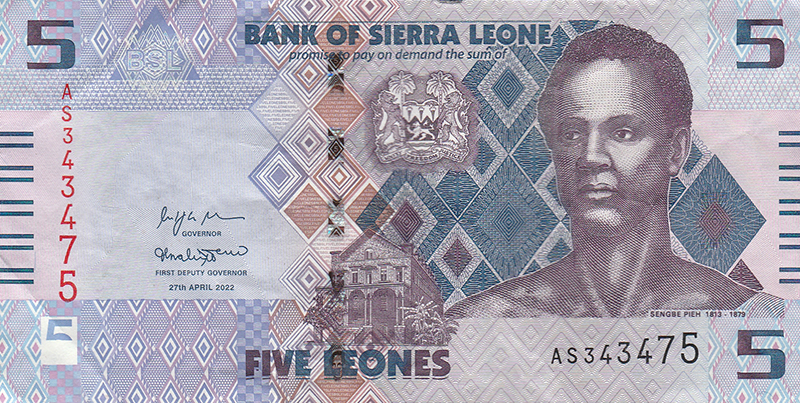 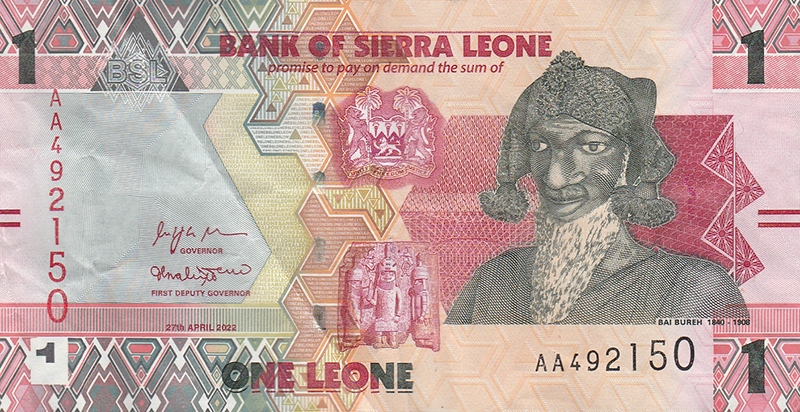 As for the security features, there are similarities as well as modifications.

Security features that are similar to the previous notes:

New and modified security features in the re-denominated notes:

The 20-Leones banknote: A new addition to the family

The 20-Leones banknote represents a new note and a new denomination in this series. It measures 138 x 70 mm and is printed on paper. 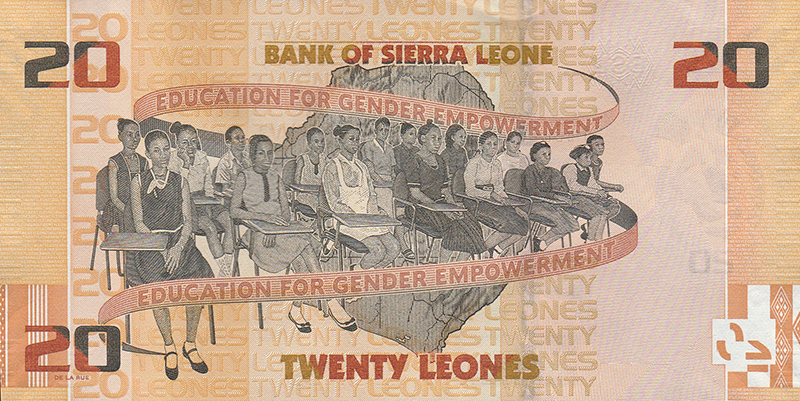 The visual design and security features of this note are described as follows:

Making the transition from old to redenominated notes