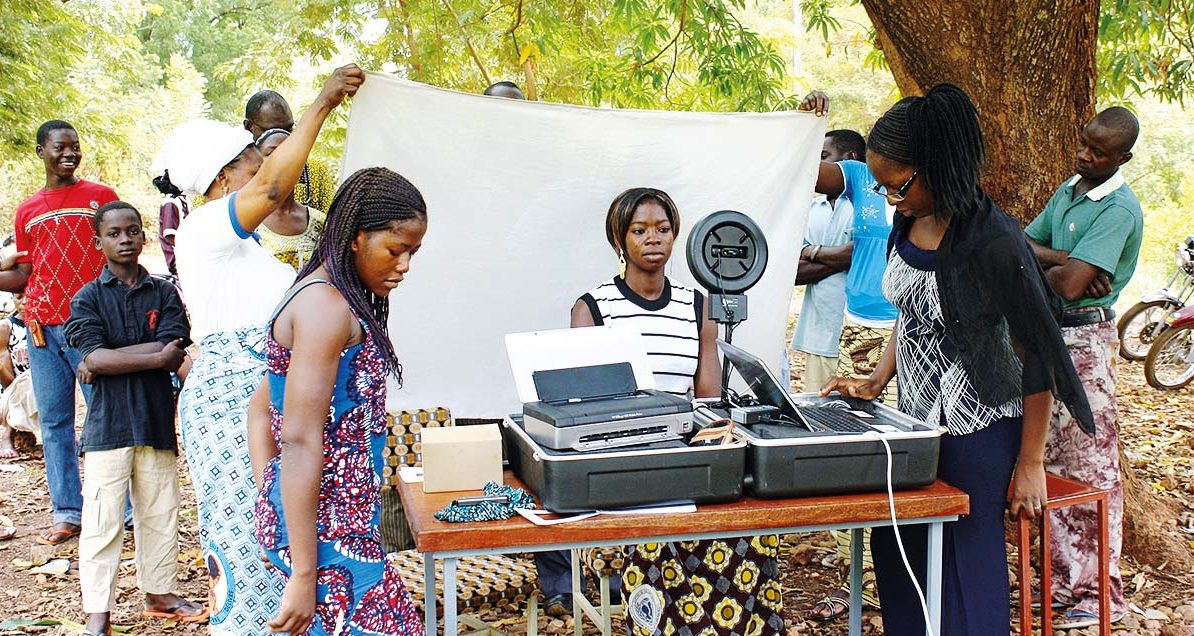 The issue of electoral integrity is one that plagues election commissions worldwide, from developed democracies such as the United States of America to rising countries in Africa. With elections being the main process for selecting a nation’s leadership, it is crucial that the integrity of the process is preserved throughout. In this article, Ronald Chu reviews the biometric technologies involved in the electoral process, which can prevent electoral fraud.

When it comes to strengthening democracy, providing more transparency and fighting against corruption and fraud, the modernisation of electoral processes undoubtedly has a key role to play. Indeed, for governments, creating a reliable national electoral roll is the main fundamental building block in ensuring the legitimacy of election results.

One of the most crucial parts of this process is the ability to verify that a person is truly who he or she claims to be. There are many parts of the world with dubious cases of electoral fraud such as phantom voters1 or even individuals who are supposed to be legally deceased turning up to vote2. One of the most reliable workarounds for this problem is the use of biometric technology. Biometrics has quickly established itself as one of the best tools to identify people in a reliable and fast manner according to unique biological characteristics.

Electoral system infrastructure
Let us first take a broader look at the electoral system to better understand the system and how biometrics can provide solutions that were previously unavailable to electoral committees. An electoral system is made of the following parts:
1. The enrolment system, which enables demographic and biometric data to be recorded.
2. The central system, which is made up of a central electoral database containing all the data collected during the census or enrolment phase, applications for managing the electoral roll, and a system which prints the pre-enrolment lists and voter’s cards (depending on the model chosen), and definitive electoral rolls after removing duplicates on the basis of biometric data.
As an option for governments, an automated fingerprint identification system (AFIS) can also be part of the electoral system infrastructure. An AFIS enables duplicates to be removed on the basis of biometric data, and includes a decision-making support application to manage duplicates. In countries where the law permits the use of citizens’ fingerprints, AFIS systems would most likely be included.

1) The enrolment system
When looking at developing a biometric solution for the electoral system, the following aspects should be looked at in detail with regards to the enrolment system:
a. Mobile enrolment units.
b. Training.
c. A central site.
d. An automated fingerprint identification system (AFIS).
e. Secure paper voter documents.

Laptop PC
The laptop PC should meet the following minimum requirements:
– A hard drive with a capacity of at least 300 GB.
– A screen size of at least 13 inches.
– A sufficient number of USB 2.0 and USB 3.0 ports or a USB hub to connect all required peripheral devices.
– A 100 Mb Ethernet network card.
– Wireless connectivity.
– A battery which can last for at least one working day – slice batteries nowadays can last for more than 20 hours so laptops with this technology should be strongly considered.

Photo capture device
The photo capture device can be a webcam or digital camera with a minimum resolution of 2 megapixels to ensure that voters’ pictures do not turn out too pixelated. The device should be powered by USB to keep it connected to the PC and avoid the need for too many power sources. A backdrop cloth and a holding system for the photo device should also be included.
Particular attention should be paid to lighting, for optimum image capture in any situation up to a distance of two meters (figure 2). In the image capture setup, consider LED backlights powered by a USB cable which provides ample lighting in order to take photos more accurately. Choose equipment offering the best compromise between lighting capacity and power consumption. When selecting a supplier, find one that is able to provide guidance on how to install and adjust the lighting system.

Signature capture device
For citizens’ ease of use during the enrolment process, the digital signature pad should have the exact look and feel of a ballpoint pen and an LCD display. It should also provide real-time visualisation of the signature on screen and be connected via USB and powered by USB.

Printer
An inkjet colour printer is considered to be the most efficient printer for the purpose of enrolment. It should be equipped with a battery to increase the autonomy of the solution, and delivered with enough ink cartridges for the entire enrolment campaign.

Other requirements for the mobile enrolment unit

Security
The enrolment application and the data recorded are sensitive items and therefore must be protected against unauthorised individuals. As a result, access to the application will require strong authentication of the operator, with a smart card and PIN and/or biometric data. In addition, the data on the hard drive will need to be adequately protected, for example with cryptographic systems, to prevent it being recovered and read if the case is misappropriated. The software should be able to record personal citizen data and call up the files of previously registered citizens, in order to update them.

AFIS
The enrolment application should also include a local AFIS which will perform a thorough identity check on each citizen to ensure that there are no duplicates in the record. The data can be cross checked with data from the electoral commission’s existing list of voters to ensure accuracy, and should include a decision-making support application to manage duplicates. An AFIS system can help in the checking of duo-enrolment (de-duplication) in a country, for example, when a citizen enrols in different provinces for multiple ID cards. De-duplication checks can prevent a citizen from having more than one valid ID card.

Software fingerprint scanner
The software should be able to scan one to ten fingers, configure the fingers which must be recorded, and provide a reason for not recording a finger in the event that it is not possible to record a finger. It should also check that fingerprints do not already match anyone previously enrolled on the mobile station. It will also detect the same finger being presented more than once during the same enrolment.

Finally, the enrolment software should enable the quality of the fingerprints to be checked, to ensure that the fingerprints meet the requisite level of quality and that reliable recognition in the future is possible (fig. 3).
B. Training
Training must be put in place, with operators and technicians trained in the necessary skill sets to enrol voters as well as maintain and repair the enrolment units. Some of the crucial areas where training needs to be carried out, include the configuration and operation of equipment, application management procedures, backup and archiving procedures, the definition and resolution of first-level issues, management of failures, and processing duplicates with the decision-making support software.
C. Central site
A central site must be implemented, along with the technical infrastructure to receive the enrolment data – this can be done on a CD-ROM or a USB key, or over a network depending on availability. The data must also be consolidated by removing duplicates, editing electoral rolls and customising voter’s cards.
D. Automated fingerprint identification system (AFIS)
The AFIS system must be supported with decision-making software for the analysis and elimination of biometric data duplicates to ensure that there are no phantom voters.
E. Secure paper voter documents
Finally, the voter documents – such as cards and forms – must be provided in a secure paper format. These could, for example, be watermarked.

2) The central system
The central system, one of the most important nodes for managing the electoral process, should at a minimum satisfy the following recommended requirements and features. These include the ability to:

To manage the issue of duplicate voters being registered in the system, removal should be carried out first locally and then centrally. In any case, this process will be based first and foremost on fingerprints. It may be useful to combine several different biometric identifiers, for example fingerprints and photos, as part of the duplicate removal process, in particular when the list of potential duplicates contains a certain number of names. Centrally, the system should then be able to analyse a database of several million people to ensure there are no duplicates.

Conclusion
As there are many parts of the world with dubious cases of electoral fraud, one of the most reliable workarounds is the use of biometric technology. There are many criteria that need to be considered when evaluating biometric enrolment solutions in an electoral context. The final one we list here is that of the supplier. The selected supplier for these solutions must also have the necessary experience – having completed a similar project would be a good basis for that – and if not a local company, a local partner should be taken on board with the technical capacity and human resources wfor the simultaneous deployment of the program country-wide. This is particularly important for support and maintenance, which are carried out in close coordination with the teams in charge of enrolling voters in the field. 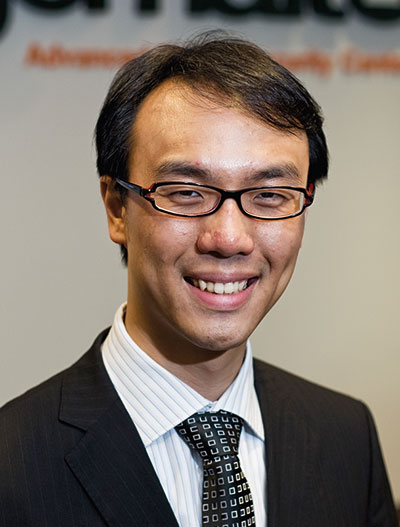 Ronald Chu is Sales Director for Gemalto’s Security Business Unit, Asia. He is leading the sales team for the Asian market with specific focus on government projects. He has held various positions in the company from engineering to project management to product and regional marketing. Prior to his current assignment in Singapore, Ronald was the Product Manager for e-Passport products in France. His in-depth knowledge of the public sector market has helped him and his team win a number of government projects in Asia.