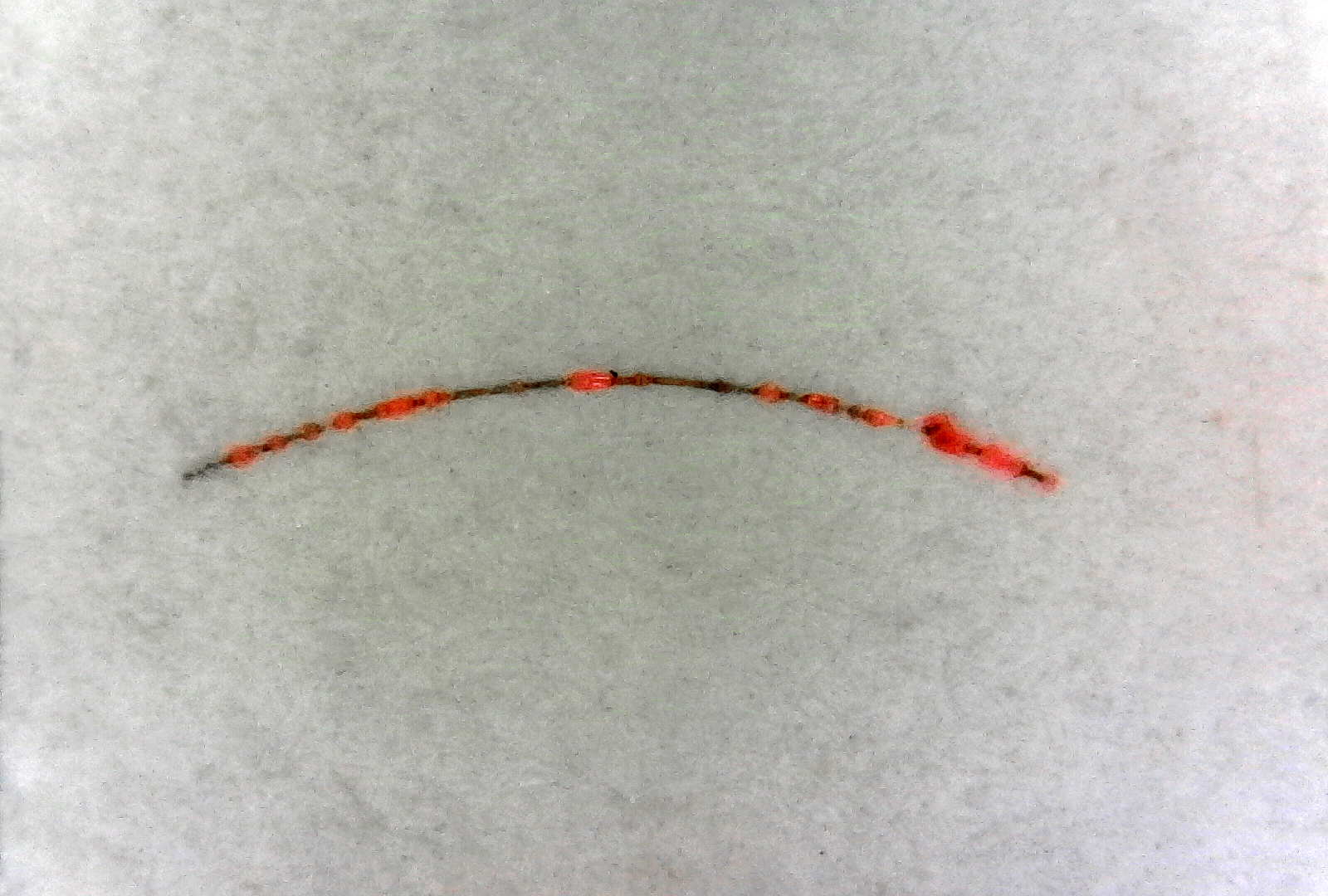 Security fibres and planchettes are among the oldest anti-counterfeiting technologies used in paper security documents, but modern innovations provide an abundance of design and technology alternatives.

Some considerations for security fibre implementation include which security fibres best resist simulation, how fibre types can be combined for a distinctive document-specific substrate, and how security fibre inspection can be facilitated for document end users.

Though watermarks and security threads are also important contributors to substrate security, the scope of this article is limited to design and technology alternatives for security fibres.

For example, the security fibres in Figure 2 can be differentiated not only by colour, but also by shape. Multicolour fibres are also available in various shapes.

Figure 3 looks like two fibres joined lengthwise, where one half is pink with no UV response and the other half is yellow and glows yellow in UV.

Figure 4 looks like pink beads on a blue string in visible light, but a dotted red line in UV since only the intermittent pink areas glow.

Similarly, the planchette centred in Figure 6 was punched from paper that itself contains red and blue fibres.

Note that the multiple visible and UV colours within each fibre in Figures 3 through 6 are always in perfect alignment with one another, and this has important security implications.

Briefly, multicolour fibres can better resist certain security fibre simulation methods than monochromatic fibres, though a complete discussion of why exceeds the scope of this article.

Combining fibre types in a security substrate
Highly proprietary security fibres deployed in only a single document are not common, except in the most demanding security document applications.

It is more typical for a particular security fibre to be incorporated into multiple security substrates. Yet a selection of different commercial security fibres, combined in a novel way, can create a substrate with a highly individualised security fibre profile.

Another strategy for individualising a substrate is clustering security fibres into a band instead of evenly throughout the sheet, as shown in Figure 12.

Each individual fibre or planchette type in Figures 7 through 12 may not be proprietary on its own, but each helps make the combinations unique.

While combining multiple security fibre types helps individualise and secure a substrate, too many different fibre types in a single substrate can confuse document end users.

Finding the right balance between substrate complexity and manageable training is a matter for issuer discretion.

Some substrates contain only transparent fibres (with a UV response) and no visible fibres, like those shown in Figures 13.

Although this choice can be appropriate (if visible fibres interfere with machine readability, for example), such fibres are hard to locate or inspect if no UV light is available, or if the UV fluorescence itself is not bright and clear.

Accordingly, issuers should consider including visible fibres if the document’s usage allows, with sufficient quantities of both visible and UV fibres to make each easy to find.

A substrate with scarce fibres requires users to work harder to locate them and can easily be mistaken for a paper that does not contain security fibres at all.

For better contrast, document issuers should consider leaving some blank paper in designs because it is more difficult to see security fibres in paper covered with printed artwork, as shown in Figure 14.

Further, contrast is improved when the fibre colours are sufficiently saturated to stand out against the substrate colour and different from ink colours used in document artwork.

Contrast also extends to UV images. In Figure 15, the presence of the UV red colour in the security fibres in helps them stand out against the blue/yellow UV fluorescence of the security thread and UV artwork.

Further, because the UV artwork does not fully cover the document surface, contrast is improved and locating security fibres is easier in areas without multiple competing UV effects.

Conclusion
For many security features, including security fibres, design and ergonomic factors are as important as technology selection. Issuers may find the below ideas helpful when selecting and implementing security fibres in a document design.

Disclaimer: This document represents the opinions of its authors and not necessarily the opinions of the US government. The technologies and strategies described may not be available, appropriate or manufacturable for all document issuers. The examples shown do not imply anything about the quality of a document, its designer, its manufacturer, or the issuing authority. For informational purposes only. 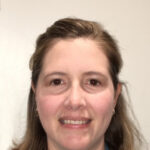 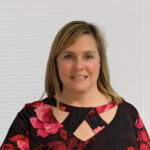