This paper is the seventh in a series focusing on novel security design strategies that interrupt counterfeiting processes necessary for reverse engineering of document artwork.[1] The foundations of the strategy are the adoption of a monochromatic design gamut and the overprinting of multiple layers of translucent offset inks of the same colour to generate areas of higher image density, instead of by widening lines.[2][3] Split fountain printing was adapted for a new role in combating artwork reverse engineering.[4][5] The exploration of split fountain hardware variables started in Part 6[6] is continued in this Part 7 paper, where split fountain width is evaluated.

As stated in prior work, the ideas presented here are conceptual and will require adaptation and testing before finding application in real world printing environments. For simplicity, this work assumes that the opacities of several layers of translucent ink, when overprinted, add linearly to produce a darker image regardless of print order, the specific ink opacities combined, or ink layer thickness.

About split width
Though split fountain printing encompasses several hardware variables, the scope of this paper focuses only on split fountain transition width. Consider Figure 1 and Figure 2, which were captured at identical magnifications. In Figure 1, the pink to blue transition is abrupt and occurs over a short horizontal distance, while the transition from orange to grey in Figure 2 occurs over a wider horizontal distance. The difference is due to the split fountain configuration, including the degree of oscillator roller movement on press, which may be over a short distance (causing less colour blending, as in Figure 1) or a longer distance (causing more colour blending, as in Figure 2).

Simulating flat tones
Parts 5 and 6 of this series described the simulation of three flat tones by overprinting identical line artwork from two paired split fountain printing plates. The example is repeated to illustrate that flat tones can be simulated even in press configurations that vary split fountain transition width.

Other combinations featuring opacity transitions moving in opposite directions instead of the same direction are illustrated in Figure 7. These combinations include overprinting the first and fourth fountains, or the second and third. In Figure 7, an increase in opacity in one fountain tends to correspond with a decrease in opacity in the other, but due to the differences in split fountain transition widths, the result is not a perfect flat tone (as in Figure 4). Instead, subtle patterns of higher and lower opacities result. These will not be examined in detail here, but do contribute to the gamut of simulated patterns that can be derived from the actual press configuration shown in Figure 3.

Some example plate artwork designs are shown in Figures 9 through 12, with each plate image inked from one of the split fountains shown in Figure 3. The composite artwork shown in Figure 13 is created primarily from overlaps of artwork on two, three or four plates, with artwork from a single plate displayed only in restricted areas to limit exploitation by counterfeiters. Several split fountain transitions are displayed across the width of the branches at the bottom of Figure 13. Most of the visible splits are simulations that do not exist in the actual press configuration, and several simulate changing opacity transition speed as described in Figure 6. Figure 13 contains diverse elements that include parts of four actual plate images (from Figure 3), three simulated flat tones (from Figure 4) and eight false split fountains (from Figures 5, 7 and 8).

Unique split width in each fountain
The example illustrated in Figures 3 through 13 includes some fountains configured as opposing pairs, allowing simulation of the flat tones shown in Figure 4. Con­figuring the split fountains so that the width of each transition is unique prevents simulation of flat tones, but instead allows for three additional split fountain effects in place of the flat tones. As an alternative to Figure 3, which included opposing pairs, Figure 14 shows four fountains that each feature a custom split fountain transition width. For example, the opacity transition occurs over the shortest horizontal distance in the first fountain, and the longest horizontal distance in the fourth fountain. The fountains in Figure 14 can be overprinted to produce the eleven combinations shown in Figure 15, which facilitates two distinct security advantages.

Security advantages
First, designs created from the various overlaps in Figure 15 include a gamut of false split fountain effects that work to conceal the configuration of the actual split fountains used in the press (see Figure 14). This masks the actual plate count and inhibits reverse engineering of the true press setup by counterfeiters. Second, each of the combinations in Figure 15 features its own unique pattern of simulated split fountain transition speeds (similar to the one example detailed in Figure 6) where the rate of the split fountain opacity transition appears to change in different horizontal areas of the fountain. A counterfeiter attempting to simulate one of the effects in Figure 15 using a conventional approach in just one ink station could find the task challenging, because a single fountain can only accommodate a constant (fixed) oscillator roller movement. Though a counterfeiter could achieve such a simulation with halftones, counterfeit quality would be curtailed and microscopic detection of the counterfeit would be straightforward. A second artwork example, derived from the press configuration in Figure 14, is shown in Figures 16 through 20.

Conclusion
This paper explored the width of split fountain transi­tions as the second of three split fountain hardware variables that can facilitate security designs resistant to reverse engineering. Within the monochromatic design paradigm, varying split fountain transition widths between ink fountains can simulate the presence of extra press stations in printed artwork, and conceal the actual press configuration from counterfeiters. Possible visual effects can include the false split fountains described in this and prior papers, but also the simulation of varying oscillator roller speed across the width of the image, which could be difficult for even skilled counterfeiters to attack without resorting to halftones. The techniques described in this Part 7 paper could be combined with techniques introduced previously in Part 6 to optimise both the position and width of split fountains. Next, Part 8 of this series will demonstrate the inclusion of three pure inks in each split fountain. 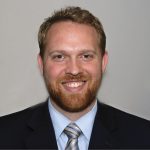 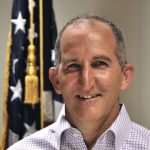