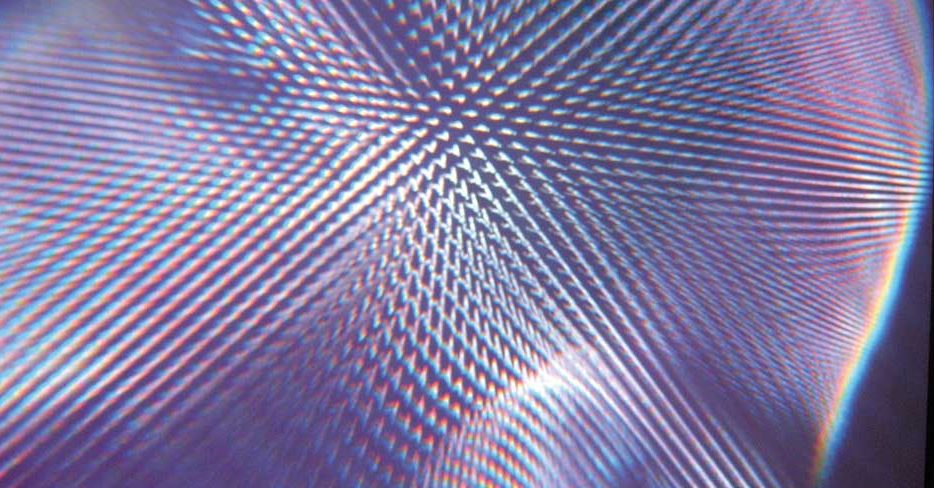 Post-personalisation versus pre-personalisation
The process used to produce and personalise ID documents is similar the world over. First of all, the ‘blank’ document – now usually a polycarbonate card – is equipped with optical and electronic security features. Then, in a second step, the personalisation data are integrated into the card. What is so good about this process is that, because the personalisation takes place at the end of the production chain (post-personalisation), the rejects which may crop up during security printing, lamination or die-cutting are not processed any further. Apart from preventing production losses, this also means that the highly sensitive personal data are not affected by technical faults. This two-stage production process is used to produce both the passports data pages (ID3 format) and modern ID1 cards (see figure 1 for example).

Research
Despite all the benefits of this process and the ongoing improvements in greyscale rendition, up until now manufacturers have had to make do with black and white passport photos. Furthermore, the laser engraving method used during post-personalisation has always been viewed rather sceptically by experts, because there is a potential risk of the image data being changed at a later point in time.

In light of this, in recent years considerable work has gone into researching colour personalisation. As far as polycarbonate cards were concerned, the research focused on so-called ‘overprinting’ methods, which are based on the Dye Diffusion Thermal Transfer process (D2T2). These methods, however, still require additional diffractive and abrasion-resistant overlay foils in order to protect the printed images and to warrant document security. Furthermore, with these methods it is not possible to create a permanent bond between the personalisation features and the document. This is also true of so-called coloured laser personalisation, where only the black parts of a photo are applied using laser engraving; the colour elements of the photo can only be applied at a later stage and in a very restricted range of colours.

In view of the above, the main challenge for laser-induced in-situ methods was the existing incompatibility between the polycarbonate substrates and the commercially available inks. In order to be able to personalise the inner security layers of a document during the printing process using conventional inkjet methods (pre-personalisation), the weak points in the lamination process first had to be eliminated. Due to different material properties the individual layers became detached, thus enabling manipulation of the document in its entirety. Other conceivable approaches, such as a combination of inkjet printing and UV drying inks on the exterior surface of polycarbonate cards were also rejected due to the potential risks in conjunction with high-security applications. This resulted in a new technological approach that made the most of post-personalisation without compromising document security or production workflows while at the same time significantly improving the quality and protection of integrated passport and ID card photos: the POLYCORE® colour personalisation technology, developed by Berlin-based Bundesdruckerei GmbH.

Secure colour personalisation of polycarbonate documents
Bundesdruckerei launched its new POLYCORE® colour personalisation technology in 2008. Inspired by the idea of using similar materials on top of each other (thermoplastic or substrate compatible inks on top of the polycarbonate substrate of the card layers), it was discovered that the chemical composition of these materials made it possible to create a permanent bond between the individual security layers and the card core. This unique method required developing new inkjet inks and special printing machines, as well as the modification of the entire printing process, but it paved the way for a deeply integrated photo in the document.

Phases of ink migration
From microscopic cross-section analyses it is clear that the inks developed by Bundesdruckerei migrate directly into the substrate – in very much the same way as water-based inks are absorbed by paper. In this case, a general distinction must be made between two successive phases of ink migration:
1. In the actual printing process the components of the special ink soften the polycarbonate surface of the substrate. Subsequently, the ink diffuses deep into the interior of the substrate through the open ‘pores’. Depending on the printing process parameters, such as temperature and speed, the ink can migrate several micrometres into the substrate.
2. The second phase takes place during lamination. While the layered polycarbonate foils are merged to form a monolithic card body, a new diffusion process begins in which the ink can penetrate deeper into the surrounding polycarbonate matrix (see figure 2).

Prerequisites
The chemical compatibility between the ink and the polycarbonate substrate, as well as an optimum physical control of the diffusion process are the key prerequisites for the application to work. In this case, the behaviour of the dried inks is the same as that of the surrounding thermoplastic matrix, and the inks undergo the same phase changes during lamination. The solvents which form the basis for the components of the special inks cause the inks to diffuse into the substrate at a rate that is several orders of magnitude less than specified by the customary time constants for cross-linking reactions. Diffusion here primarily refers to the transport of substances, which generally takes longer than the linking of covalent chemical bonding as in the case of a UV cross-linking ink. At the end of the process described, the inks and the surrounding matrix are so tightly bound that there is no longer any clear separation between the two components.

Ink migration ensures outstanding image quality
The quality achieved in the trial was perfect, which was surprising because the expectation was that ink migration would cause the images to become blurred. The microscopic analysis shows the reason for this (see figure 3).
Due to its chemical composition, the special ink used in POLYCORE® printing forms tiny irregularly shaped droplets on the smooth surface of the polycarbonate laminate. The black particles are more clearly visible than the colour particles – a clear indication that the colour particles have already wandered from the focal plane into the material. In comparison, see the microscopic view in figure 4, showing a POLYCORE® print after lamination. As is the case in figure 3, figure 4 also shows irregular black dots are visible while the colour parts are very blurred. This means that at this stage of the process the ink has also spread in the z direction. The different components diffuse at different rates, i.e., the coloured components diffuse much faster than the black components because of their chemical composition.

Due to the thermodynamic models shown, however, it is not possible (or if so, to a very limited degree only) to obtain a reliable quantification of the spaces or distances within the migration zones and to precisely calculate the diffusion coefficients. All the same, it can be noted that the ink system described behaves much like conventional, water-soluble inks; i.e., from a distance, all the contours appear to be sharp, but when examined closer the boundary between the ink and the surrounding medium is almost invisible. The analyses also shows that the much steeper temperature and pressure gradients lead to much stronger migration in the z direction than in the x and y direction.

Optimum protection against card body manipulation
The biggest advantage of the POLYCORE® method is that, for the first time ever, the splitting or separation of a laminated polycarbonate card can be fully ruled out, even if the entire surface of the card is covered with ink. Furthermore, the ink system is very resistant to different chemicals. When exposed to acids, bleaches or organic solvents, the inks did not react in any way whatsoever. Even under extreme conditions, for example, when immersing a polycarbonate laminate in acetone for 30 minutes, the image integrated into the card body remained fully intact (see figure 5). This proved that integrated colour personalisation features can be permanently merged with the document and that manipulation is impossible without damaging the laminate.

Aspects of pre-personalisation with changed document structures
Document protection
As explained above, most document producers currently opt for post-personalisation. Apart from production-related considerations, applying the ID photo at a later stage primarily ensures that the photo quality is not impaired by subsequent production steps. Although the non-personalised document is also subject to various security requirements, it is only after the photo and all the other personal data have been integrated that complex document protection and storage under special conditions is required in order to prevent the risk of identity loss. This also applies in the case where the complete personalisation data are stored in different layers of the ID document – each of these layers must then be treated as a completely personalised and finished document. This means that pre-personalisation only makes sense when complex data protection methods can be guaranteed.

Colour management
Colour management is another important aspect of pre-personalisation. If conventional inks are printed onto polycarbonate foils before the foils are integrated into the card body, the various colours usually change their appearance. Such shifts in colour result both from the ink properties as well as from the lamination parameters and the structures of the covering material. The real progress in development that has been achieved here with the unique POLYCORE® inks is based on a defined ink behaviour and the possibility to generate reproducible shifts in colour.

Conclusions
With the POLYCORE® colour personalisation technology described, the personal data of the ID document are first printed onto the inner polycarbonate foil layer which is then, in the subsequent lamination process, merged with other polycarbonate foils in order to form a monolithic card body. As opposed to conventional post-personalisation of high-security documents, this method is referred to as pre-personalisation. The specially developed inkjet inks are chemically compatible with polycarbonate substrates, permitting printed images to be fully integrated into the document body. The processing of unique new inkjet printing inks called for the development of special printing machines and the modification of the entire printing process.

Dr. Oliver Muth, Head of Product Definition at Bundesdruckerei Technology Department, studied chemistry in Marburg and Frankfurt am Main. After graduating in 1994 with a degree in analytical chemistry, he joined Fraunhofer Institute where he worked from 1995 to 2000. While there, he was awarded a Ph.D. in technical chemistry (1998) from Technical University Darmstadt. In his capacity as chief scientist in the innovations group, he is responsible for security solutions, inkjet technologies, RFID and printed electronics and is one of the inventors of POLYCORE®.