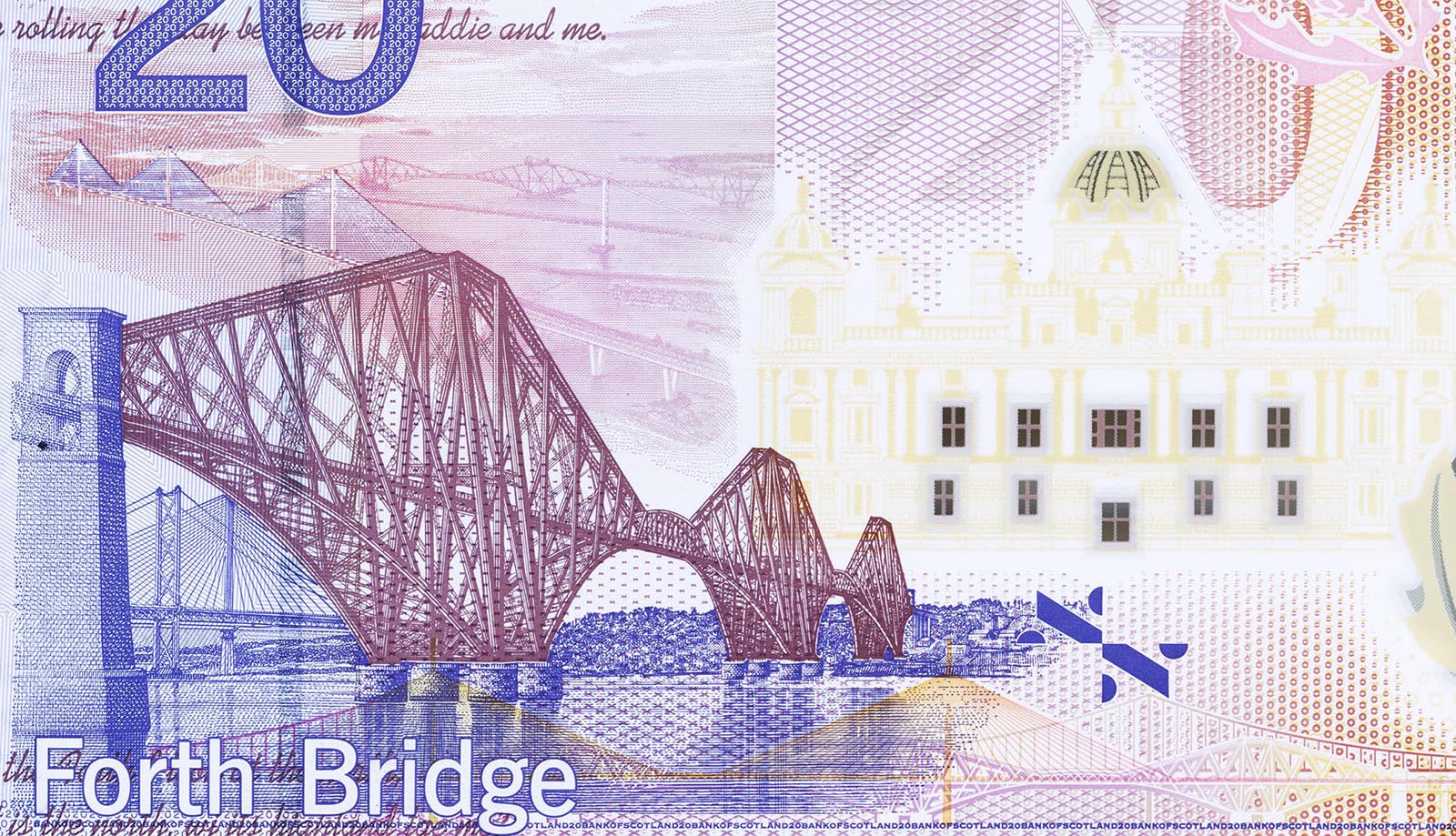 The Bank of Scotland has presented a new celebratory £20 banknote.

The new banknote will be limited in number, unveiled along with a new £20 polymer note that will roll out at the beginning of 2020.

The new note still has the Forth Road Bridge image on it, but has the new Queensferry Bridge visible in the background. 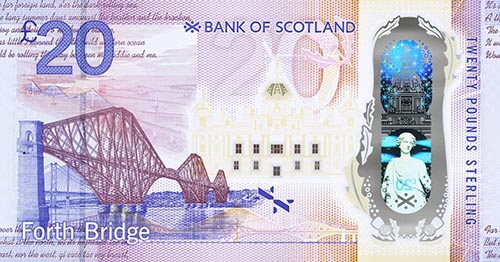 Scottish newspaper The Herald reports that among the new security features will be an anti-counterfeit “window effect” on The Mound and a holographic depth stripe at the top of the foil, giving a “Northern Lights effect” when tilted.

“It is marvelous to see Bank of Scotland marking the arrival of the record-breaking structure over the Firth of Forth, the Queensferry Crossing, in this commemorative £20 note.

“It’s a fitting tribute to the ingenuity and endeavour of all of the people involved in
the creation of this iconic bridge to have a special edition note dedicated to them,”
Transport, Infrastructure and Connectivity Minister Michael Matheson said.

The frontside of the note will still feature the portrait of Scottish novelist and poet
Sir Walter Scott. 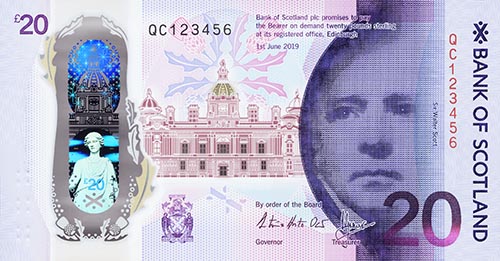 The two notes will be slightly smaller than the existing paper £20 note.

This new size banknote size will be issued by the Bank of England and other UK banks in 2020.

“The Queensferry Crossing is the perfect example of Scottish ingenuity and innovation, and that’s why we have decided to commemorate the landmark site on a collection of our £20 polymer notes.”