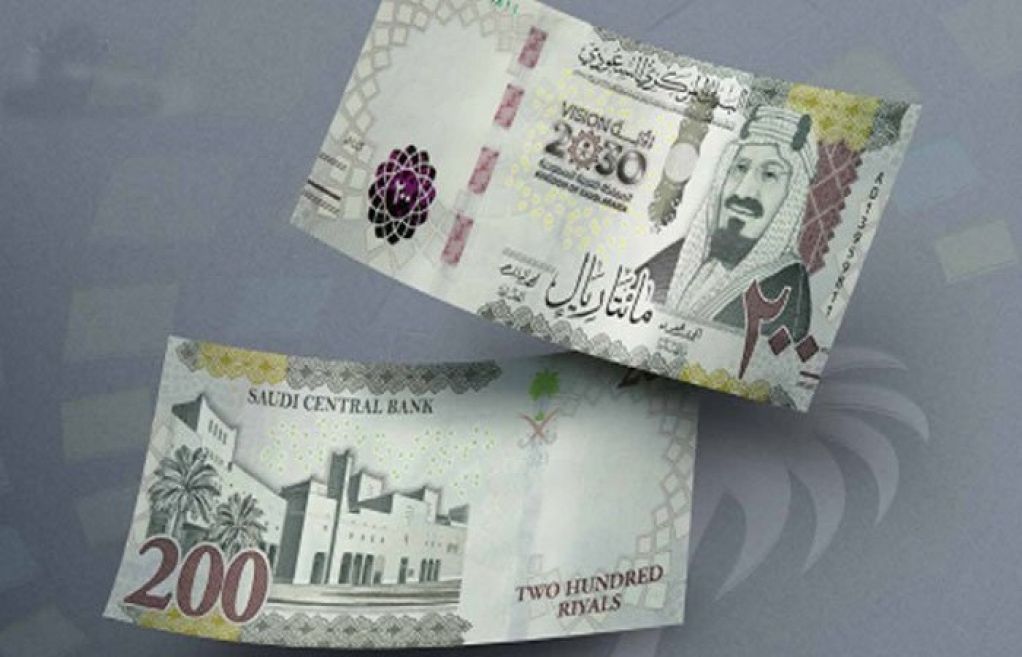 The Saudi Central Bank announced that it would issue a new SR-200 (200-Rial) banknote of the Saudi currency to celebrate the 5-year Anniversary of launching “Kingdom’s Vision 2030”, in the reign of King Salman bin Abdul Aziz Al Saud. The new banknote was to be put into circulation by Sunday 25 April 2021 with other banknotes in all denominations currently in circulation.

The Central Bank stated that the new 200-Rial note is printed according to the latest banknote standards and technical specifications. It has high-quality security features and a distinctive design. The color scheme of the new banknote is primarily gray with brighter colored accents.

The face of the new banknote features a picture of founder King Abdul Aziz Al Saud, the logo of the Kingdom’s Vision 2030 in 3D design, the Saudi Central Bank name, and the banknote value in the Arabic letters and numbers.

The back of the banknote shows an image of ‘Qasr Al Hukm’ in Riyadh City, the Saudi Central Bank name, and the banknote value in the English letters and numbers.