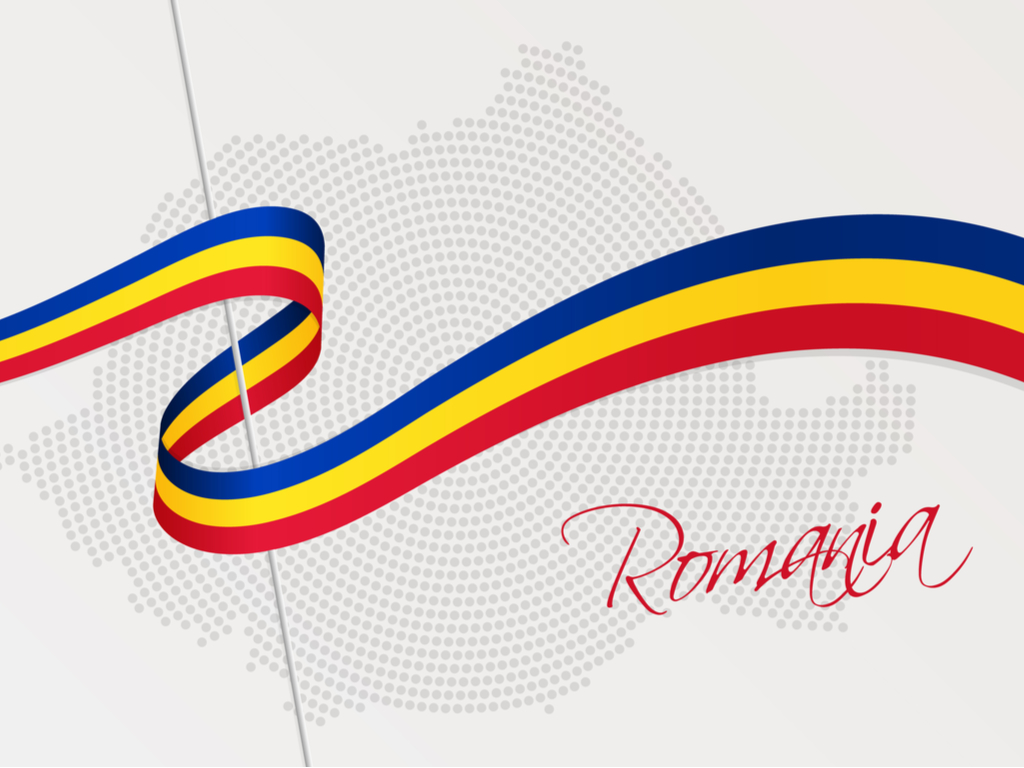 The National Bank of Romania has put a gold coin and a commemorative collector banknote into circulation.

According to the bank, the coin is dedicated to The History of Gold; the 50-lei coin bearing the year 1922.

The banknote has the face value of 100-lei to mark the anniversary of The Completion of the Great Union.

The banknote has the following characteristics: 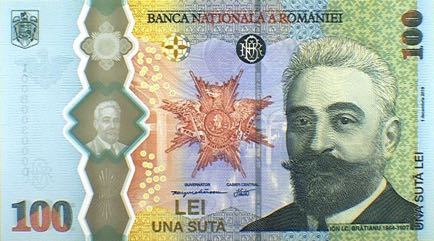 Obverse
The following representative graphic elements: to the right, in the foreground, the portrait of Ion I.C. Brătianu, and, below, his name and birth and death years, namely “ION I.C. BRĂTIANU 1864-1927”, while in the central part, an image of the Order of Carol I decoration, that Ion I.C. Brătianu received in 1922. In the background, in the central part, an interior image of the Romanian Athenaeum.

The obverse also shows: the coat of arms of Romania, the name of the central bank “BANCA NAȚIONALĂ A ROMÂNIEI” and the NBR logo in a medallion. The face value is printed four times, as follows: in the bottom left corner, horizontally, in figures “100”; down in the central part, horizontally, in letters on two lines “LEI UNA SUTĂ”; in the bottom right corner, vertically, in letters “UNA SUTĂ LEI”; and in the top right corner, vertically, in figures “100”.

Centrally, in the top left corner is the medallion with a superposed image of a stylised depiction of a skylight built into the inner dome of the Romanian Athenaeum.

The signatures of the Governor and Chief Cashier are printed in the central part, above the face value in letters.

The date of putting the banknote into circulation, i.e. “1 decembrie 2019”, is printed vertically, to the right.

In the background of the banknote, stylised geometric motifs are printed in subdued colours. 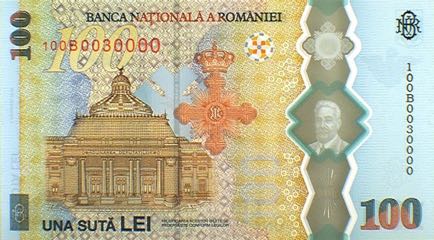 Down, the text “FALSIFICAREA ACESTOR BILETE SE PEDEPSEŞTE CONFORM LEGILOR” (Counterfeiting is punishable according to the law) is printed horizontally on two lines.

Up, the name of the central bank “BANCA NAŢIONALĂ A ROMÂNIEI” is printed horizontally and the NBR logo is shown in the top right corner and bottom left corner.

Centrally, in the top right corner is the medallion with a superposed image of a stylised depiction of a skylight built into the inner dome of the Romanian Athenaeum.

In the background of the banknote, stylised geometric motifs are printed in subdued colours.

The serial number of the banknote is printed in letters and figures, in red and black ink, as follows: to the left, horizontally, in red ink, with fonts of ascending height and to the right, vertically, in black ink with fonts of the same height.

According to the National Bank of Romania, the banknote also includes security features as protection against counterfeiting. Examples include:

Moreover, graphic elements of different sizes, in iridescent blue ink, containing the face value “100” in negative are visible only on the reverse.