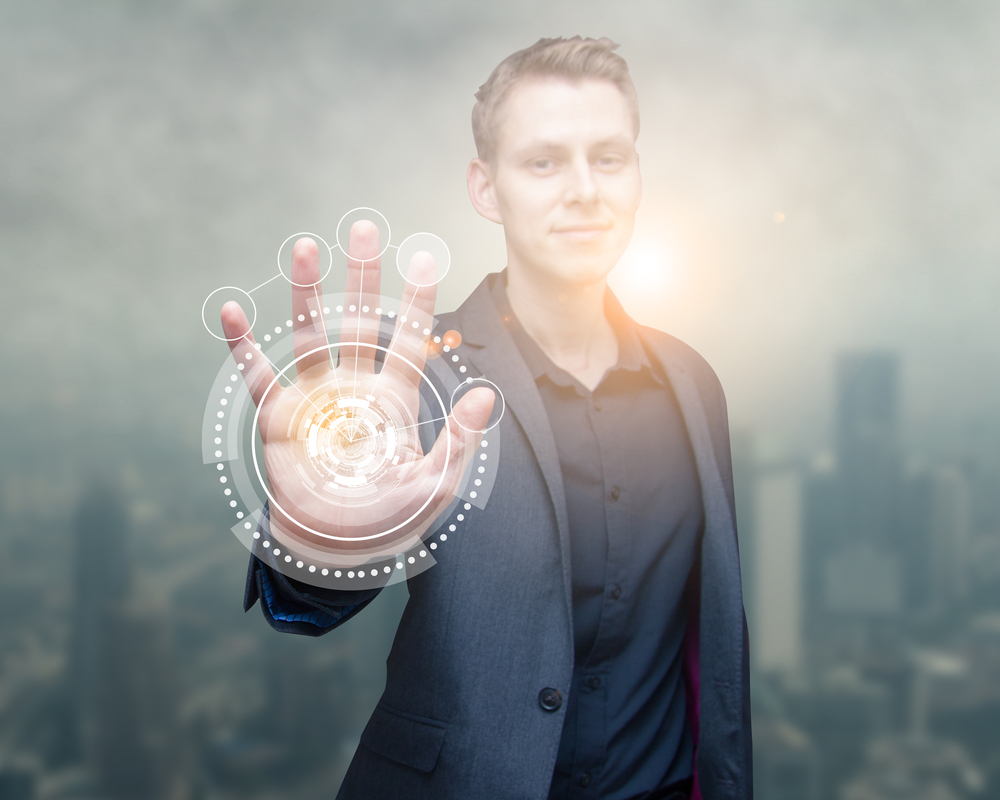 All sides of the hand are taken into consideration, including the front, the back, and the palm. After these raw images are taken, a composite 3D picture of the hand is then created.

To capture the best raw images possible, five guiding pegs are located just beneath the camera to help guide the individual into properly positioning his or her hand.

A serious flaw with this process is that the images of these pegs are also captured. Thus, extra processing time is required to crop out them out from the raw images. 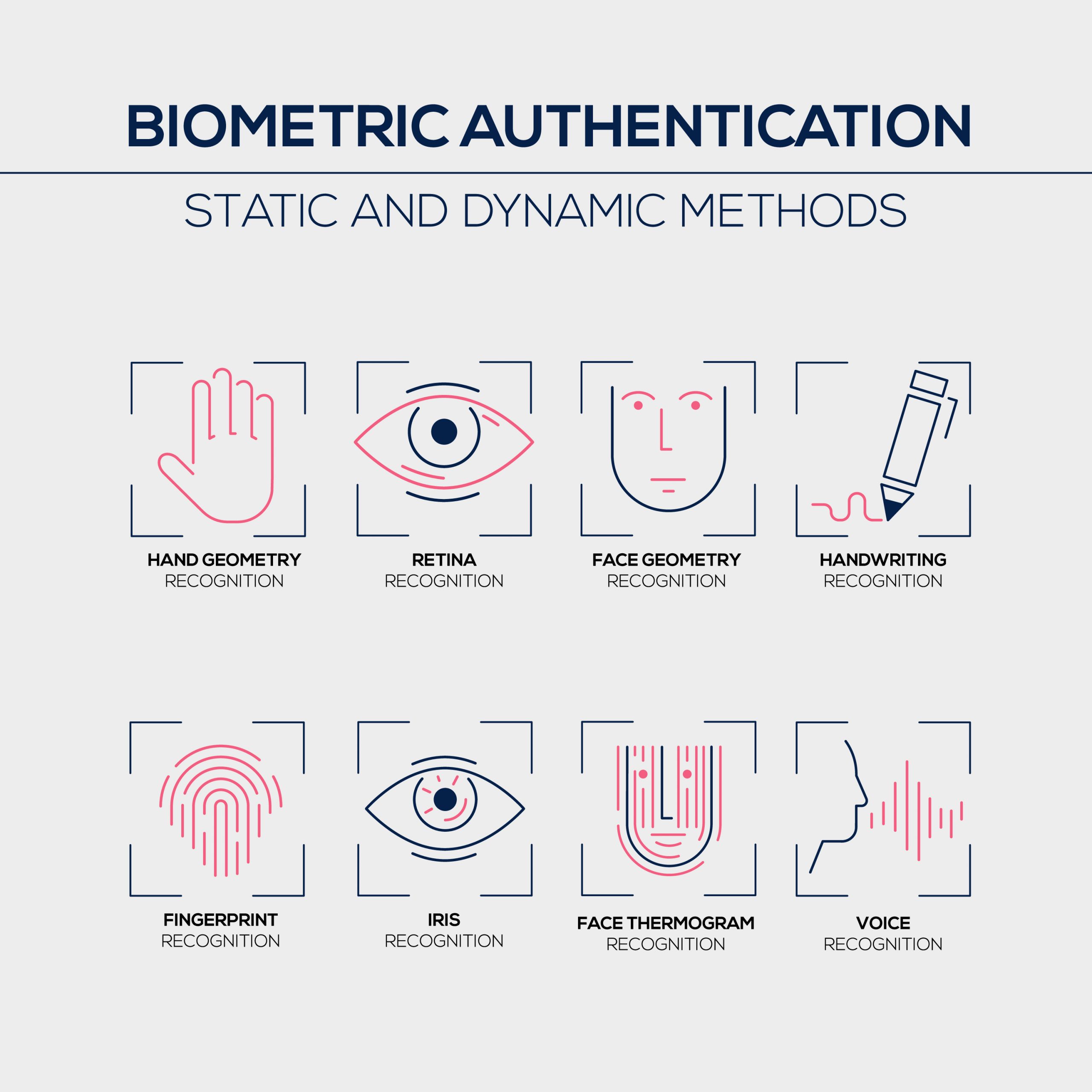 Because of this, the extraction algorithm cannot take into account any variances which can be caused by the rotation or different placements of the hand. To successfully create the enrolment template, the average measurements taken from the seven categories (as described in the previous section) are calculated.

These are then converted over into a binary mathematical file in a manner very similar to that of fingerprint recognition. In fact, the file itself is very small, only 9 Bytes.

Another flaw in creating both the enrolment and the verification templates, is that the geometric features of the hand share quite a bit of physiological resemblance with another. As a result, this can greatly hinder the unique feature extraction process.

To help alleviate this problem, a method known as Principal Component Analysis (also known as PCA) is utilised. This allows for a set of uncorrelated features to be “cloned” from the raw images so that the unique features can be extracted. 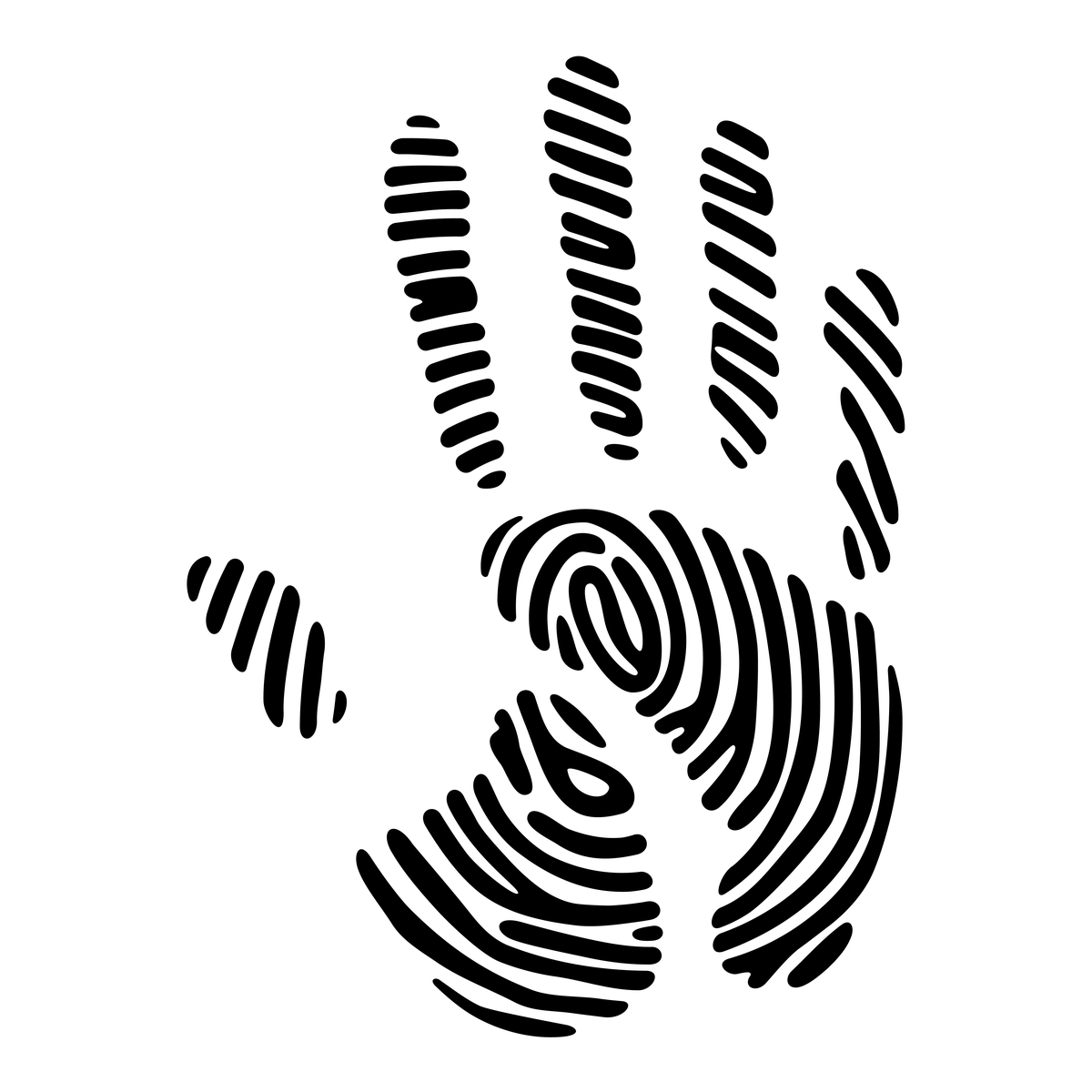 Universality
This is one of the biggest strengths of this particular modality. Most individuals have at least one hand that can be scanned for unique features, and the technology even has advanced to the point that even any physical deformities (up to a certain degree) can be taken into consideration. There are even hand geometry scanners which are designed exclusively for left-handed individuals. The technology is very easy to use, and to train individuals on. All that is needed is the proper placement of the hand in the five pegs.

Uniqueness
Although most individuals possess some unique features to their hands, it does not possess rich data, like the retina.

Permanence
This is probably one of the biggest disadvantages of hand geometry recognition. Because the hand can be considered to be an external component of the human anatomy, it is prone to the harshness of the external environment. The shape of the hand can also be greatly influenced to a certain degree by weight loss and weight gain, injuries, and even other types of ailments (such as rheumatism).

Collectability
The raw images which are captured of the hand are not affected by the surface elements of the skin. This includes grime, dirt, and scars.

Performance
Despite the lack of the richness of data, the accuracy rate of hand geometry recognition is ranked very high. It has an Equal Error Rate (also known as the ERR, this is where the False Acceptance Rate and the False Rejection Rate equal each other). But, the device itself is very bulky, and this can prove to be a serious disadvantage regarding end-user perception and acceptance.

Acceptability
For the most part, hand geometry recognition is very well accepted by the general population worldwide. This can be attributed to the fact that it is perceived to be non-invasive. The only negative aspect is the concern of the hygiene of the actual platen on which the hand is placed, as this requires direct contact by the end user.

Resistance to circumvention
Hand geometry recognition is very difficult to spoof because this requires creating an entire 3D physical mock-up of the hand.

The problem
Ever since the tragic events of 9/11, security at the major international airports and airlines has obviously become of great importance. For this very purpose, biometrics has become one of the tools of choice to enhance the levels of security.

Although it is very important to screen passengers traveling through the airports, it is also equally important to screen the airport and airline employees as well. After all, they probably pose a greater threat to security because they know their way around through all the access points. Because of this, even the smaller to medium-sized airports across the United States have also started to implement biometrics.

The setting
A good example of this is Yeager Airport, located in Charlestown, West Virginia. It has a land space of about 740 acres, and six commercial airlines serve the airport and the surrounding communities. A primary reason for the increased need of security is that the control tower is located in the heart of the main passenger terminal.

The solution
The management team at Yeager Airport ultimately chose the “HandKey II” devices, manufactured by Schlage Recognition System. Five scanners were initially installed, with many more being planned for the future.

The benefit
Once an airport employee has been properly verified and authenticated by the hand geometry scanner, only then will the airport doors open, and entrance to the control tower be granted. Also, by implementing the use of biometric technology, the costs of having to hire a physical security presence is no longer needed, thus resulting in huge cost savings for the airport.

Apart from enhancing airport security, it is heavily expected that the use of hand geometry recognition will grow quite rapidly in the federal government and law enforcement sectors. For example, although it is not currently being used in the e-passport infrastructure at present, serious consideration is being given to it.

Also, like the Automated Fingerprint Identification System (AFIS) is being continually updated by the FBI, it is quite likely that hand geometry recognition will also be used as a complement to fingerprint recognition.

Finally, although hand geometry recognition is considered to be the “oldest biometric technology,” it is by no means going to be replaced in the long term. For example, predictions are that the growth rate of this modality will continue at almost 23% in the coming years, up to 2019.

Our next article will deal with a very controversial biometric – facial recognition.