The SGIN is aligned with a broader trend in the European Union; in fact, France’s bill was passed to comply with the European Commission’s latest Digital Identity guidelines.

NFCW reports that “French citizens will soon be able to generate and store certified digital identification documents in a mobile app by scanning their physical Carte Nationale d’Identité Électronique (CNIE) eID card with their NFC smartphone. At launch, the digital ID will enable users to access the 900 private and public online service providers connected to the FranceConnect platform, send certified electronic copies of their identity card, provide proof of age without being obliged to display other identity data and allow a trusted third party to collect packages on their behalf.”

Additional functions would be added to the digital identity solution over time, to “carry out an increasing number of digital procedures (for example, access their social benefits, protect their health data, sign a notarial deed, or make a proxy vote), without fear of having their identity or their identity data stolen.”

Pushback by those fearing government control

The bill that Macron signed clearly states that participation in the SGIN program is voluntary.

Even so, France’s far-right is pushing back, expressing concern that the digital IDs will eventually become mandatory and will then serve as the foundation for a social credit system that will be used to monitor the population, much like the political control seen in China. Similar concerns have been raised in Canada and Australia. Further fueling such concerns is a rumor that Italy plans to experiment with a Smart Citizen Wallet app that will reward citizens with points for good behavior.

However, European Parliament has pushed for a ban on social scoring techniques such as that reportedly being developed in Italy. Parliament has specifically taken issue with automated decision making tools, noting that such systems are prone to bias. On that front, a new data protection bill is currently making its way through the European Union’s legislative channels. 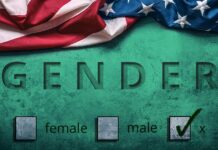 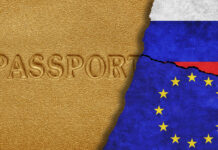