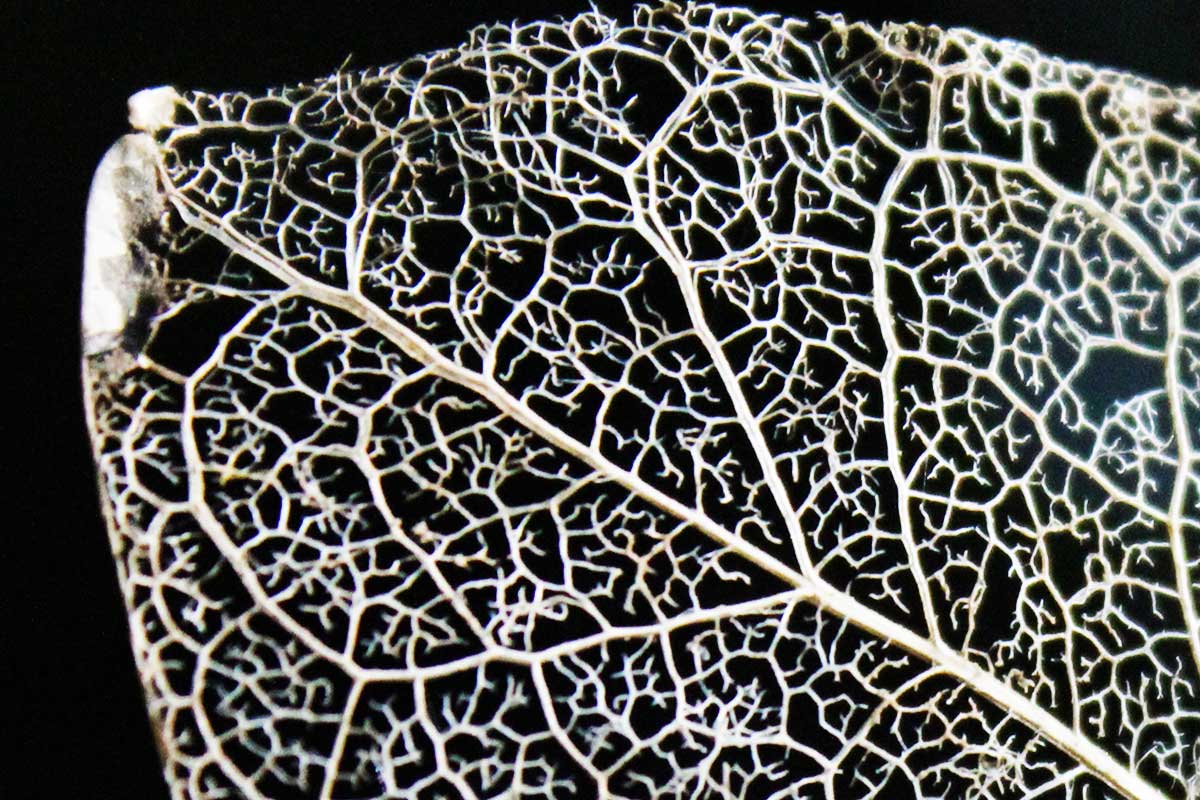 In recent years, biometric authentication technologies have been widely deployed as a means to verify an individual’s identity to prevent information leaks or identity fraud in companies and banks. Of all the existing biometric approaches, palm vein authentication, which reads the invisible pattern in the palm, offers the benefits of being both highly accurate and resistant to misconduct such as forgery and impersonation. A palm vein pattern has a very complex structure and is therefore suitable to use for high accuracy biometric authentication.

Palm vein authentication uses the blood vessel patterns of the palm vein in the subcutaneous tissue of the human body to discriminate between individuals. Palm vein patterns are captured by the camera with near-infrared light. When a hypodermic vein is irradiated with near-infrared light, the reduced haemoglobin contained in the vein absorbs near-infrared light and the hypodermic vein creates a shadow on an image. The shadow pattern is then extracted from the captured image of the palm vein pattern using image processing technology. The resulting vein patterns are compared using vessel structure features such as directions and bifurcations, or by using the patterns themselves. In practical terms, palm vein patterns of a hand are used for authentication because such parts of the hand are easy to expose to a sensor.

The palm vein authentication technology has been deployed for its ease-of-use and assurance that it has given users through its robust security. It has been widely adopted worldwide for personal identification at financial institutions, as a computer login and room entrance control method at corporations.

Then the palm vein extraction algorithm extracts the vein impression from the image taken by the sensor. This extracted vein impression is then stored in the database as a template. In the matching process, the registration data and the reference data are compared with each other (figure 3).

A palm has a large number of veins, hence the accuracy rate is much higher than other options available. Furthermore, exposing the palm is a more intuitive and natural movement than showing the wrist or back-of-hand. Palm veins are thicker than finger veins, so they are more stable even when exposed to temperature fluctuations. Also, the palm has the absence of hair.
There are four properties of vein patterns:
1. Vein patterns exist under the skin and are normally not visible.
2. Vein patterns are unique to individuals (even identical twins have different patterns).
3. Vein patterns do not change significantly with age.
4. Vein patterns can be captured from almost everyone.

The system’s recognition accuracy is extremely high, with a false-negative rate of 0.01% and a false-positive rate of 0.00008%. Furthermore, the fact that the system uses an individual’s thicker veins allows for stable operations over time. Lastly, the system is contact-free, helping to reduce any existing psychological burdens placed on users.

Evolution of Palm Vein sensor
Figure 4 shows the evolution history of the palm vein sensor with specific numbers. In April 19, 2011, the smallest and slimmest contact-free vein authentication sensor was launched. A sensor of this size can be installed into a variety of electronic devices and laptop PC’s. Moreover, the sensor’s high-speed image capture and automatic verification enables a dramatic improvement in usability. The key features of the new sensor are as follows:

1. Smallest and slimmest sensor
Fully leveraging its advantages as a palm vein authentication sensor that is contact-free and employs an image-reflective method for authentication. The new sensor is 29.0 mm wide, 11.2 mm tall, and 29.0 mm thick, making it the smallest and thinnest sensor of its kind (figure 5).

To make this form factor possible, the sensor uses a new lighting system for components inside that enables uniform illumination. The result is an optical system that is half as thick as previous models. This compact size greatly increases the range of devices into which the sensor can be incorporated.

2. Convenient authentication through high-speed image capturing and automatic verification
The sensor includes a high-speed image-capture system that continuously captures the user’s palm veins at 20 frames per second, as well as a feature that instantly identifies the best image from the captured images and automatically verifies it.
This allows users to perform authentication by simply placing their palm lightly over the sensor, rather than holding their hand motionless over the sensor as before, thereby enabling highly accurate and convenient operation.

Applications
The palm vein pattern technology has been highly-appraised for its ease-of-use and robust security assurance. Figure 7 shows the palm vein sensor product line and its history. It has been widely adopted both inside and outside Japan.

The procedure is as follows:
1. The user’s palm is held above the plam vein sensor. The system retrieves several enrolled palm vein data to be identified from the database by using the date of birth.
2. The user hold its palms over the palm vein sensor. The palm vein authentication system makes an identification match to several retrieved enrolled palm vein data.
3. If identification succeeded, ATM requests the user to input the secret four digit number. The user can access his account after the secret four digit number is confirmed.

3. Employee Time Recording/Access control
For companies looking to achieve greater efficiency in human resource management, the palm vein authentication is an appropriate choice. It is perfectly suited for systems such as cardless Employee Time Recorders and cardless/keyless access control to offices, computers, printers, copiers and other equipment. By eliminating cards, keys or a password, authentication systems and procedures can significantly be simplified.

Features of the Naka City Public Library system:
1. Cardless lending of library materials using contact-less palm vein authentication technology. This is the first library to implement such a contact-less approach. Users have simple and reliable access to library services without using ID cards. It eliminates concerns over unauthorized use of lost or stolen library ID cards and contributes to resource conservation by reducing the number of cards issued. Over 16,000 users have already registered their Palm Vein Data.

2. Improved administrative efficiency through the use of RFID tags. By attaching RFID tags to the library materials, the lending process has been automated and made faster. Management of the library’s bibliographic resources can also be accomplished faster and more efficiently. In addition, the system will help prevent unauthorized removal of materials from the premises.

Multi-modal biometrics using Palm vein and Three fingerprints
By employing both palm vein pattern and fingerprint data, palm vein technology enables the rapid identification of a given individual out of data from 10 million people, delivering the match within two seconds (figure 8). The convenience offered by simply using one’s body part for authentication is expected to accelerate the spread of biometrics even further. Key to realizing greater acceptance, the focus must turn to technologies that can recognize with superior speed and precision a given individual out of millions of people in applications for large corporations and governments. To determine whether specific biometric data of a given individual recorded in an IC card or a storage with ID number is a match or not (one-to-one matching), such as is the case for authentication systems used in companies, current authentication methods using just one type of biometric data is sufficient.

However, when attempting to distinguish and identify a given person from a group of many people (one-to-many matching), precision becomes problematic if the pool of people is as large as a million or 10 milion people. This results in cases in which it is impossible to clearly distinguish among potential matches using just one type of biometric data. For large scale one-to-many matching, authentication requires sifting through all records registered in a system. The level of precision required to authenticate one person out of a pool of 10 million is 10 million times the level of precision required for one-to-one matching. One solution proposed for addressing this problem is to build a robust authentication system that combines multiple biometric authentication methods. Separately having to capture the biometric data needed for each method, however, diminishes the convenience of this approach.For instance, if palm vein authentication were combined with iris pattern authentication, both the palm and iris would each need to be separately scanned, compromising simplicity. This necessitates a technology that could combine more than one type of biometric data easily. Moreover, in order to authenticate one person out of 10 million, processing requires sifting through all 10 million records and authentication could take over twenty minutes to complete using conventional technologies. Hence, what was needed is a technology that would dramatically reduce required processing time.

Developed Technology
A system has been developed that can identify an individual out of a pool of 10 million people, delivering a one-to-one million matching. This was accomplished by combining fingerprint authentication already widely used and easily performed at high speed, with palm vein authentication. The system developed with this technology uses palm vein and fingerprint data from three fingers. Capturing both fingers and palm vein data in a single scan, the identity of a given person from a pool of 10 million can be authenticated within two seconds through parallel processing on multiple servers. Features of the newly developed technology are as follows:

This technology enables authentication of an individual’s identity from a group of 10 million. An individual’s identity can be authenticated with biometric data alone, eliminating the need of the
person to carry an ID card. Hence it is anticipated that this technology could be employed in a wide variety of situations which require both security and ease of use.
Authentication among large groups of people can be performed by simply deploying additional servers. As such, countries where residence registration systems are underdeveloped can use this technology to provide an ID for each individual, creating a basic system built upon a foundation of social information.

Takashi Shinzaki is a Research Manager at the Software Systems Laboratories of Fujitsu Laboratories in Japan and leads a team of researchers responsible for researching existing and emerging biometrics technologies. His involvement in cutting edge R&D focuses on biometrics technologies including fingerprint authentication, palm vein authentication and its application in systems and services. His experience spans over 20 years in biometric research and development, including extensive involvement with international standard developments. He is a member of the Japanese mirror committee of ISO/IEC JTC1 SC37 (Biometrics).