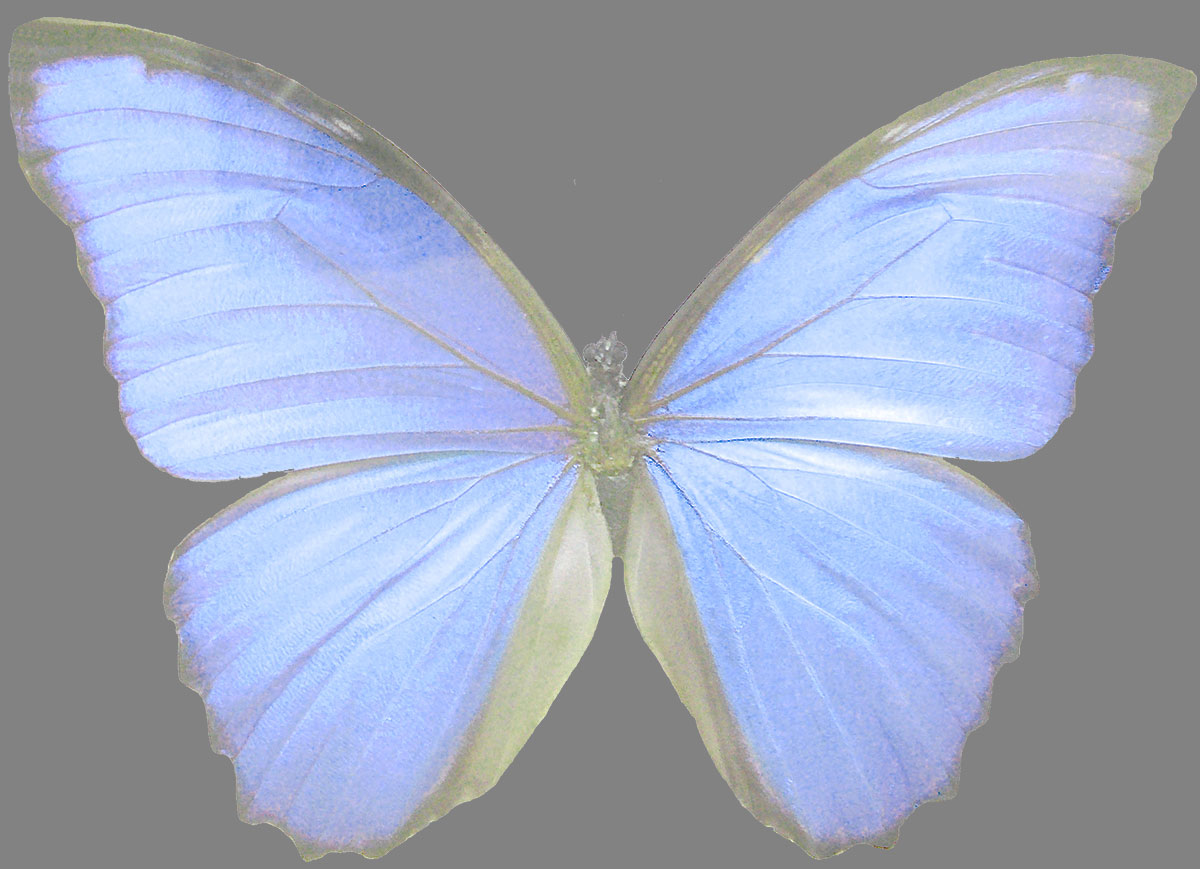 Optically variable devices (OVDs) display special visual effects such as colour-shifting and image-shifting representation. OVDs which are composed of microscopic structures are quite different from security devices that consist of pigments or printing inks. These OVDs display unique optical effects and show good performance with regards to durability. The electron beam lithography process is well-known as a precise mastering process of microscopic structures. Using this type of lithography to create unique microscopic structures, it is possible to produce OVDs that show special visual effects. In this article, Akira Nagano describes the mechanisms and optical effects of a novel structural colour OVD, which was produced by EB lithography and nanoimprinting.

The key technology for creating microscopic structures to produce OVDs is lithography. This is a patterning method using a stone or a metal plate with a completely smooth surface. Lithography can be used to print text or artwork onto paper or other suitable material.

Electron beam (EB) lithography
Electron beam lithography (often abbreviated as e-beam or EB lithography) is the practice of emitting a beam of electrons in a patterned fashion across a surface covered with a film (called the photoresist) and of selectively removing either exposed or non-exposed regions of the resist. The major application of this type of lithography is in semiconductor devices. Photo masks, printed wiring boards and semiconductor package-related products are used for various electronic components. The purpose is to create microscopic structures in the photoresist layer that can subsequently be transferred to the substrate material, often by etching. Technologies such as EB, laser and X-ray can all be used for this process. Of all the methods however, EB lithography is the most suited to produce ultrafine structures. There are two production methods using EB lithography. One is to use a mask plate for the projection of the image pattern. The second is to scan directly with a beam of electrons to form the image.

The pattern size which is achievable with lithography is gradually getting finer, and in recent years has come down to under 30nm. We believe that applying the EB lithography process used in semi-conductors is one of the most effective methods of realising innovative OVDs.

Nanoimprinting
EB lithography is a patterning technology suitable for producing microscopic structures. However, its relatively high costs can sometimes be a problem. A solution is to transfer microscopic structures produced by lithography on a photoresist layer, to a metal mould using an electroforming process. Subsequently, the structures can be duplicated by embossing. In recent years, nanoimprinting has become renowned as a more precise embossing process. In 1995, Stephen Y. Chou et al. showed the experimental results of the precise embossing of a minimum size of 25nm, and a depth of 100nm from moulds to thermal plasticity resins and referred to the possibility of sub-10nm embossing and its application for semiconductor devices and optical devices1,2. Thanks to their findings, the expensive lithography process is converted to a reasonable mass production process. Although the nanoimprinting technology is still being developed through process evolution and material improvements, it is already proven to be suitable for the manufacturing of up-to-date OVDs.

Morpho butterflies
Morpho butterflies have beautiful wings, as shown in figure 1a. S. Kinoshita et al. have reported on the analysis of the optical behaviours of the Morpho’s wings and their simplified components.3 The Morpho’s wings consist of many scales with microscopic linear lamella units. Figure 1c shows the cross section of lamella units. The units are aligned randomly and each unit has layered lamellas.

The Morpho’s blue colour is created by three characteristics seen in their wing structure:
1. The lamellas are arranged in a cyclic manner, so they works as a multilayer.
2. The lamella units are arranged randomly, making the colour consistent.
3. Because the units have a directional characteristic, the viewing range of the colour can be controlled.

Optical design
To create the structural colour seen in Morpho butterflies in an OVD, we adopted a combination of the following two optical effects:
– one created by the extraction of light in specific bands by the light interference.
– one created by superposing those extracted lights.
These optical effects we then realised using microscopic structures made by EB lithography.

Interference
Interference is the phenomenon seen in optical thin film. Figure 2 demonstrates a mechanism of interference in a multilayer thin film; a typical example of interference. As shown in figure 2a, when white light falls on the surface, it is split into two separated lights at each surface of the layers. Subsequently, due to the difference in optical path length of each wavelength, both constructive and destructive interference occur. Lights in specific bands are intensified by constructive interference, and lights in others are reduced by destructive interference (see figure 2b). As a result, only intensified lights in specific bands can be extracted and will reach the observer. If we use only the effect of light interference, the colours that can be observed in the OVD will become the iridescent representation seen in conventional diffraction grating patterns. As shown in figure 3a, if diffraction grating patterns are arranged regularly, this generates spectral diffracted lights. On the other hand, the randomly arranged pattern shown in figure 3b generates scattered lights that distribute uniformly. To obtain a non-rainbow representation, the pattern shown in figure 3b is desirable.

By combining the two optical effects, intensified light in specific bands is extracted by interference and that light is scattered uniformly by an irregular arrangement pattern. As a result, a consistent colour is displayed in a predetermined area.

Basic features new OVD
By creating the new OVD we focused on the particular structures seen in Morpho butterflies and their characteristic visual effect. The similar visual effect was realised by the ultrafine EB lithography and nanoimprinting process.

The basic features of the new OVD, which is called ‘Jeweltone’ are:
• Various pastel colours are seen in the OVD. Figure 4 shows examples of the multiple colour representation. By precisely combining the different types of surface structures, multiple pastel colours are expressed separately in a single OVD. This can be achieved because each interference light created through the structures has different optical path lengths.
• The OVD represents not just the blue colour seen in Morpho butterflies but also other colours.
• All pastel colours disappear when the OVD is observed at a tilted angle. This so-called ‘Colour On/Off’ effect can be realised by controlling the surface structures and the range of scattered light. By controlling those elements, an area where scattered light cannot reach is created, making it possible to turn off those pastel colours.

Figure 7 shows an example of the image-shifting representation that is generated by applying the arrangement of the directionl structures shown in figure 6b. This sample combines two kinds of directional structures. One image is displayed in one direction and another image in another direction.

Designed examples
As described above, the new OVD realises various visual effects through the arrangements of microscopic structures. The combination of these visual effects makes the OVD eye-catching and easier to design.

The colours of the new OVD are cyan, yellow and magenta and the diffraction grating’s spatial frequency is 1000 lines/mm. An incident light (D65 standard white light) was set at a 45 degree angle on the surface of the OVD. A detector was set between 10 and 20 degrees (this angle includes the normal viewing angle) to catch the light emitted from the surface of the OVD. The plotted points of each colour of the new OVD scarcely change.

Was shown in figure 9, the plotted points of each colour of the new OVD scarcely change. This means that none of the OVD’s colours change in the viewing angle between 10 and 20 degrees. Furthermore, this result clearly shows that each colour is a pastel colour that consists of light in a certain range of wavelengths. On the other hand, the result of the diffraction grating shows that its plotted points dynamically move near the outer circumference of the u’v’ chromaticity diagram. This means that diffracted light by diffraction grating looks vivid and is very easy to change its colours.

Conclusions
In this article, we have presented the novel structural colour OVD realised through EB lithography and discussed its optical effects. This new OVD, called ‘Jeweltone’, shows characteristic pastel, non-rainbow colours. By arranging microscopic structures, the viewing area in which we can observe the pastel colours is precisely controlled. A unique Colour On/Off effect is also achieved.

Jeweltone has great designability and can be used to represent high-resolution patterns. Furthermore, its colour representation demonstrates strong durability, without the use of any pigments or inks. It has proved to be a desirable eye-catching security feature. 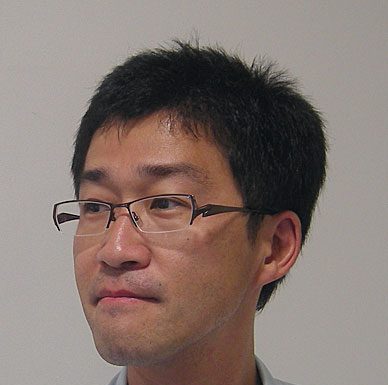 Akira Nagano received his MSc in electrical and electronics engineering from Chuo University in Tokyo in 1997. In the same year he started working as a research scientist at the Business Development Research Laboratory of the Technical Research Institute of Toppan Printing Co. Ltd, a position he still holds today. His research interests include electron beam lithography, nanotechnology, computer-generated holograms and optical processing.