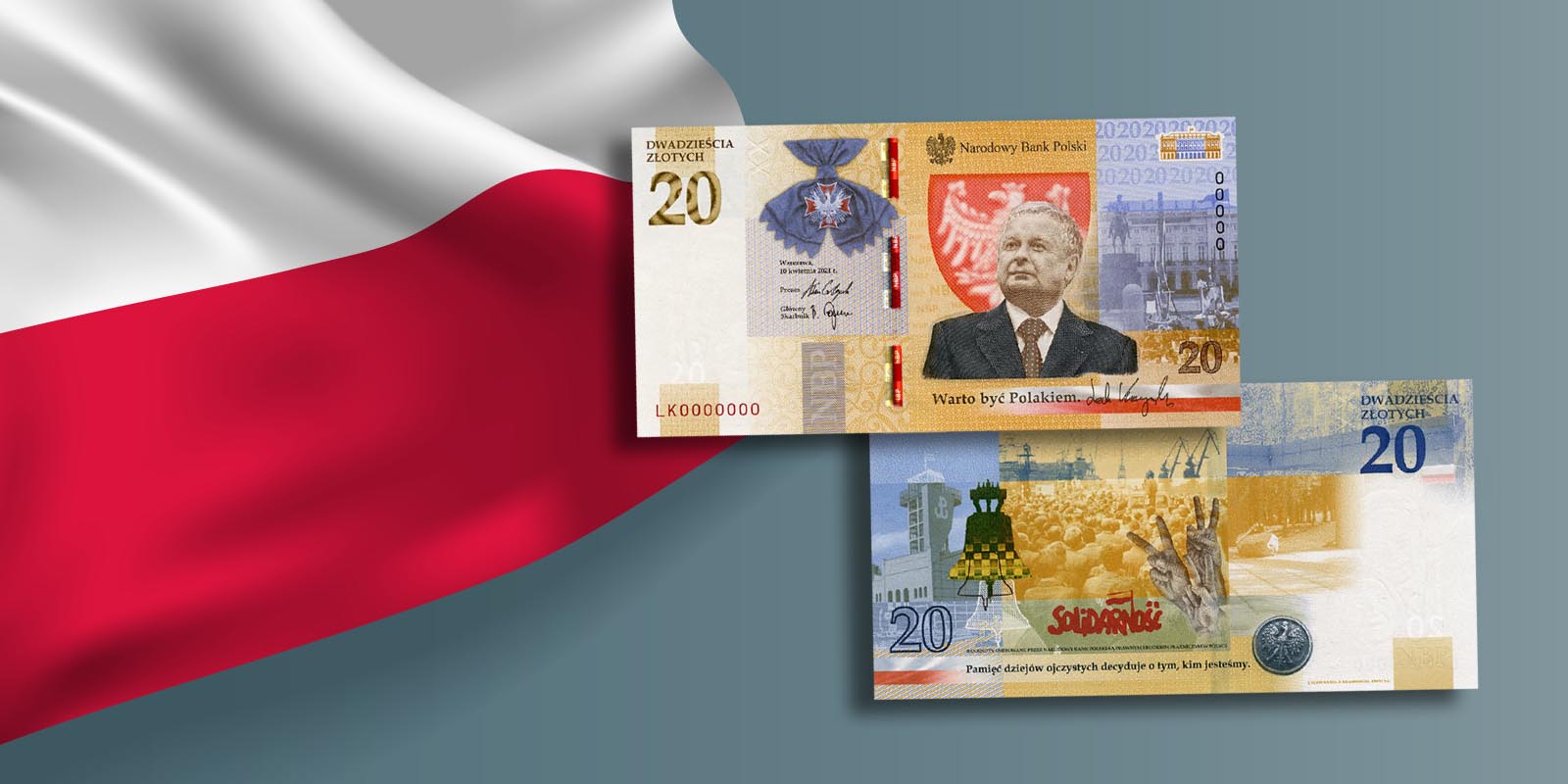 The National Bank of Poland (NBP) plans to introduce a new 20-złoty banknote commemorating late president Lech Kaczyński on 9 November 2021.
The leader’s image and his slogan, “Being a Pole has value” (“Warto być Polakiem”)
will appear on the new note. Lech Kaczyński, the identical twin brother of current ruling party chairman Jarosław Kaczyński, served as president from 2005 until his 2010 death
in the Smolensk plane crash.

While the notes will be legal tender, it is expected that they will serve primarily as a collector’s item. The notes will be produced on paper and will measure 150 mm x 77 mm. The color scheme consists of orange, blue, red, brown, and black. All text on the note
is Polish. NBP plans to produce up to 80,000 pieces. 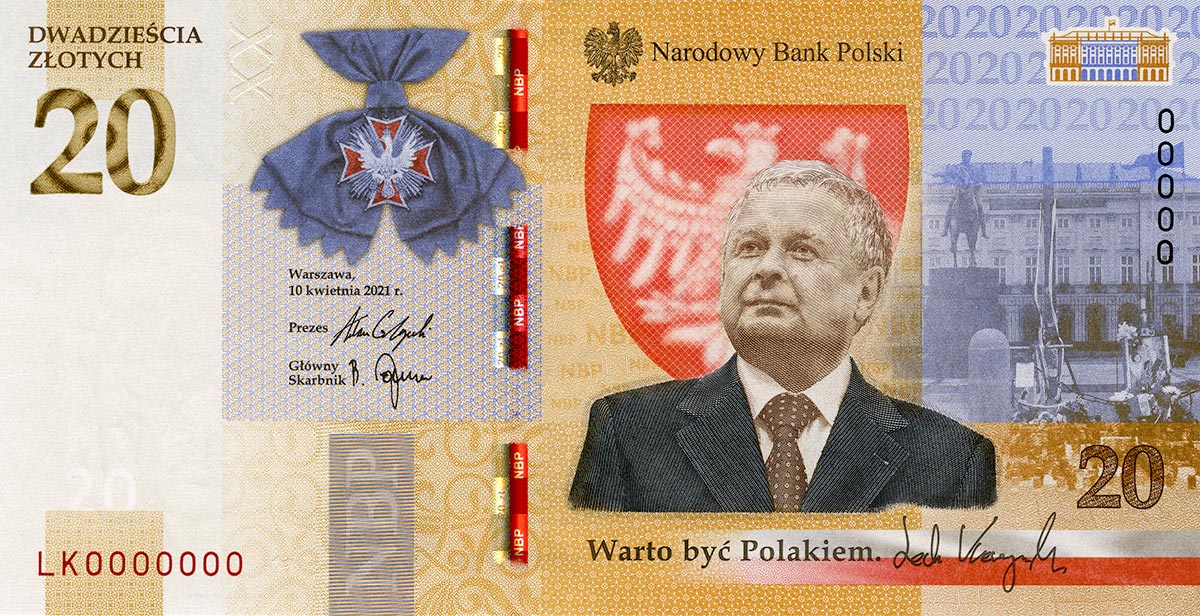 The front side of the note features the following: 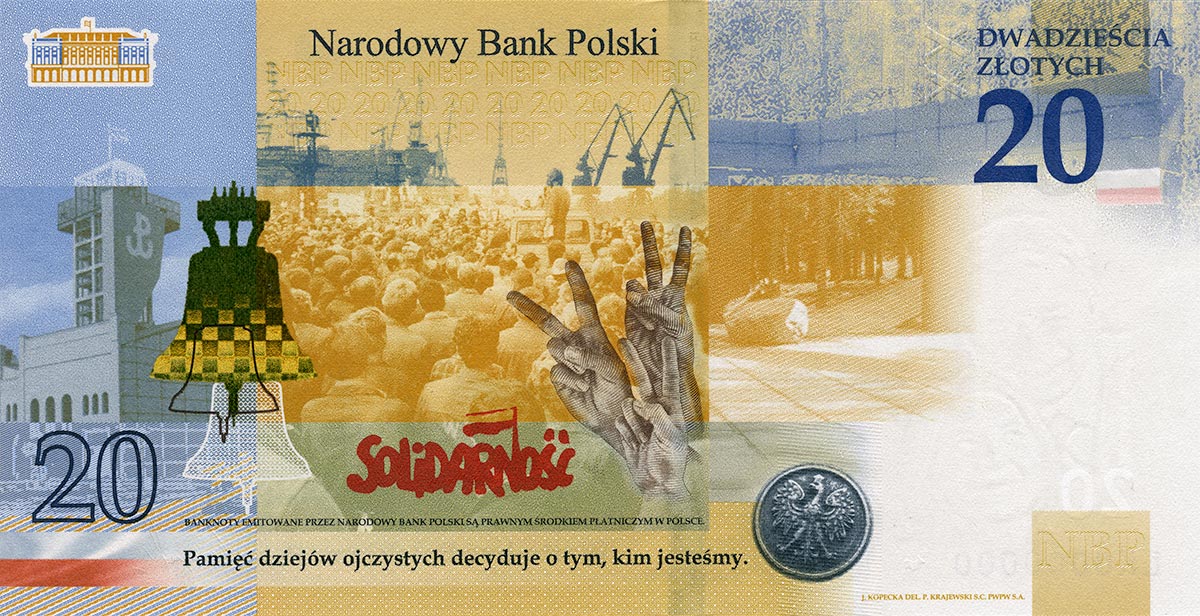 The back side of the note features the following: