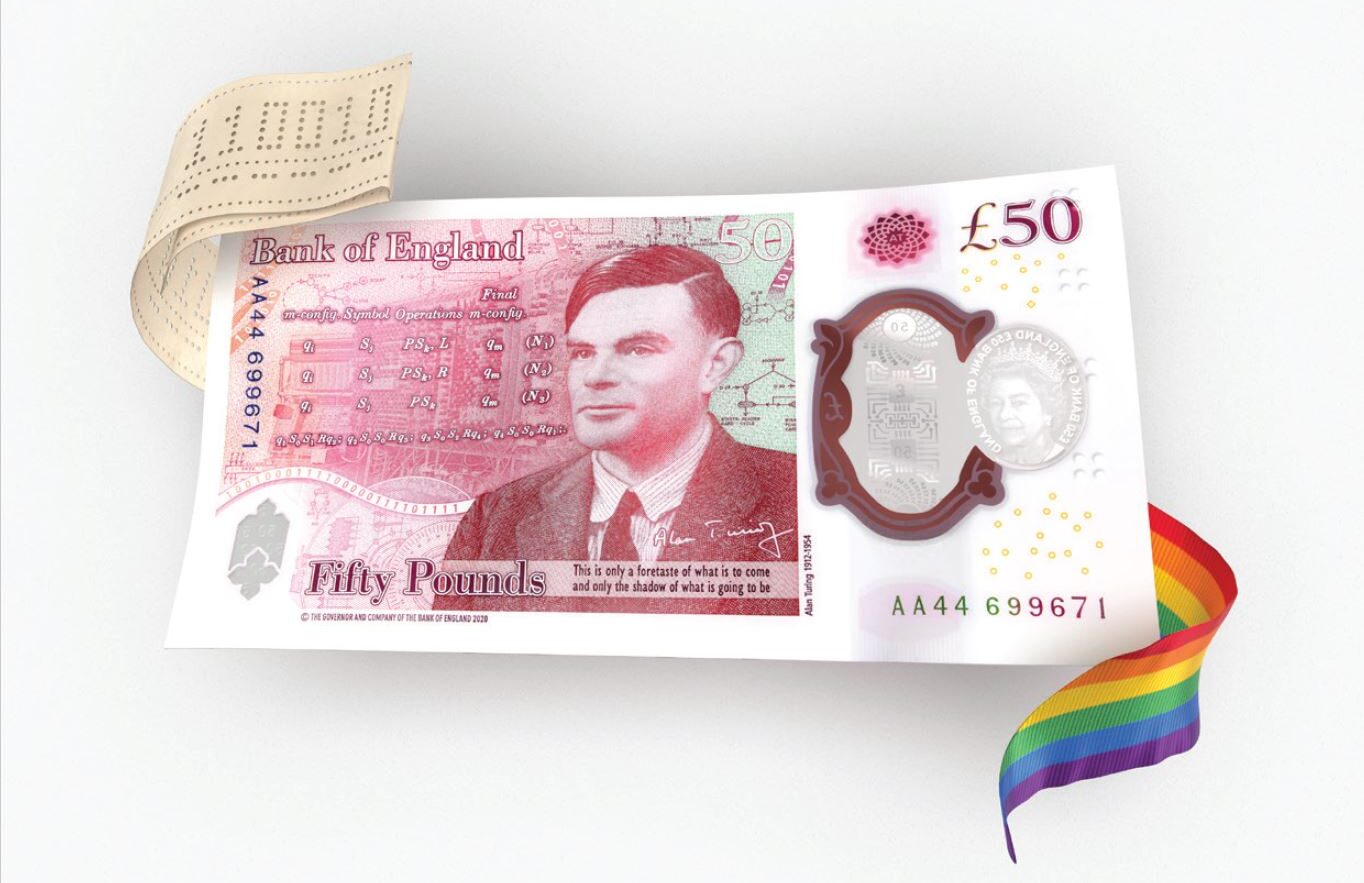 The Bank of England has announced that it will release a new polymer £50 banknote on 23 June 2021. 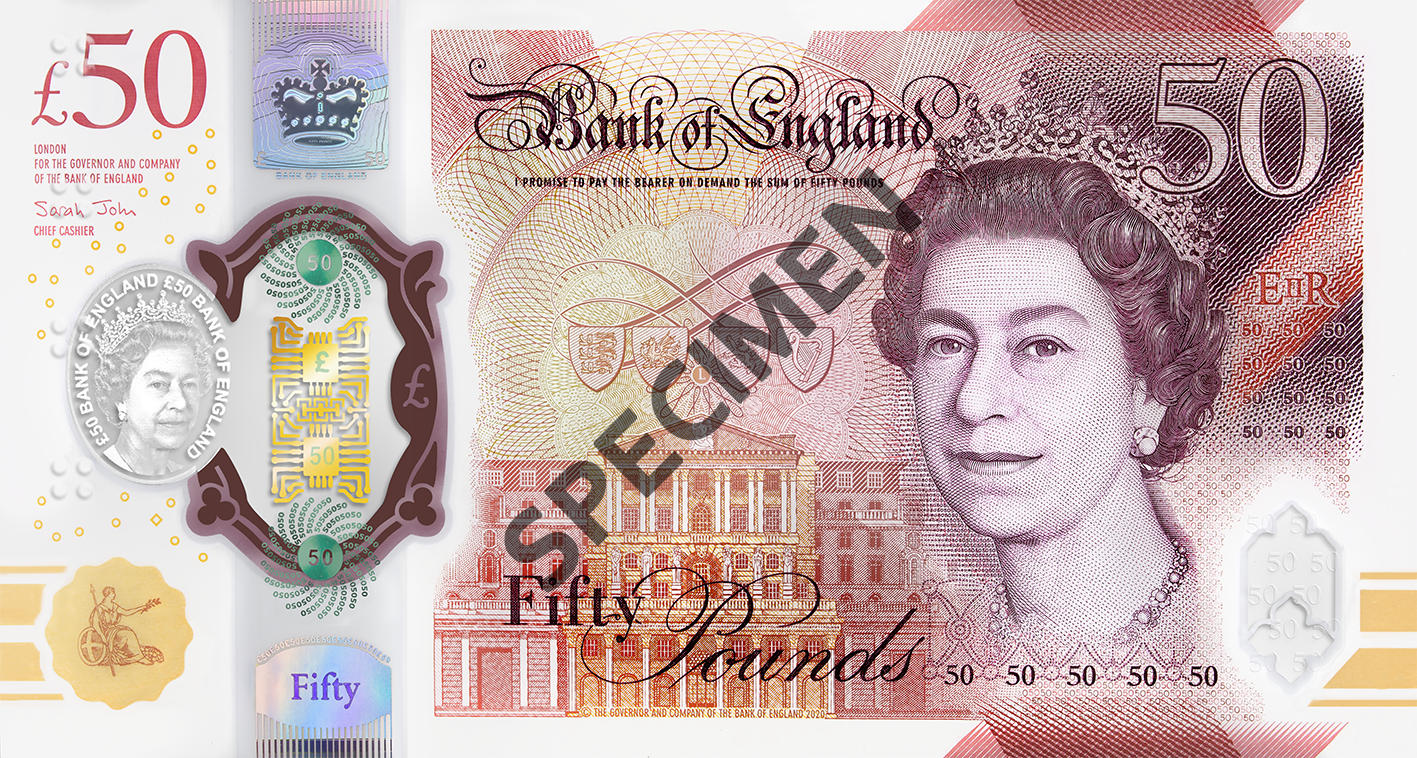 Perhaps the most unique feature of the new note is that it features British mathematician Alan Turing. The new banknote includes a photo of Turing taken in 1951 by Elliott & Fry, now in the Photographs Collection at the National Portrait Gallery. Turing is famous for developing code-breaking machines during WWII, as well his pioneering work in the foundations of the modern computer. He also did early work on artificial intelligence by positing that machines could think. His legacy continues to have an impact on mathematics today. The release date of the new banknote coincides with Turing’s birthday. 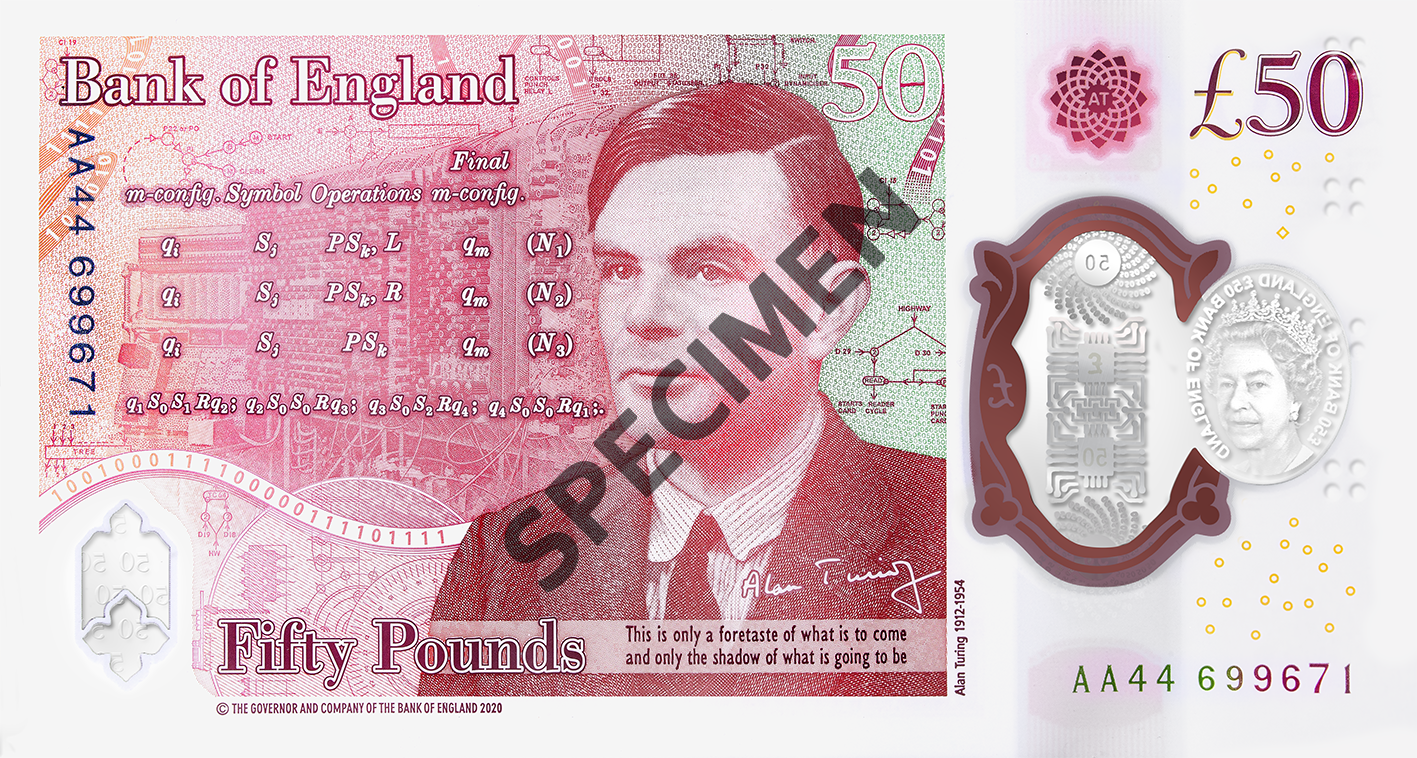 Like earlier banknotes in the series, the £50 banknote has advanced security features, including:

After the new £50 banknotes is entered into circulation, the old paper notes will still be accepted as payment for some time.

Controversy over the need for cash

As the new banknote nears release, a debate continues about the need for another banknote. The government has previously discussed whether the £50 note should be abolished, since few people carry that denomination. The BBC points out that there were 351 million £50 notes in circulation last year, out of a total of nearly four billion Bank of England notes. The COVID-19 pandemic has also led to fewer cash transactions.