On 18 March 2021, the Bank of Algeria unveiled its new banknote worth 2000 Algerian dinars. The note contains images that Prime Minister Abdelaziz Djerad says “convey messages from the history of Algeria and pay homage to the martyrs of the Revolution.”

The new banknote was introduced on Algeria’s Victory Day, which is observed every year on March 19, to honor “the sacrifices of the country’s people and fallen heroes who laid down their lives in service to their nation during the Glorious War of Independence.”

The face of the note portrays six architects of the Algerian Revolution against the French colonizer: Rabah Bitat, Mustapha Ben Boulaïd, Mourad Didouche, Mohamed Boudiaf, Krim Belkacem and Larbi Ben M’hidi. The image is based on a photo taken just before the outbreak of the national liberation war against the French occupation in 1954, bringing together the leaders of the National Liberation Front.

On the back of the new banknote is a photo of the tomb of Imedghassen and of Fogara Beni Foughil in Adrar province as well as Algiers’ Shahid memorial.

The new note will circulate alongside existing notes of the same face value.

Mexicans Living in US are Now Being Issued e-Passports [UPDATED] 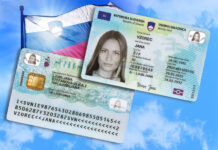 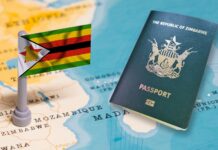