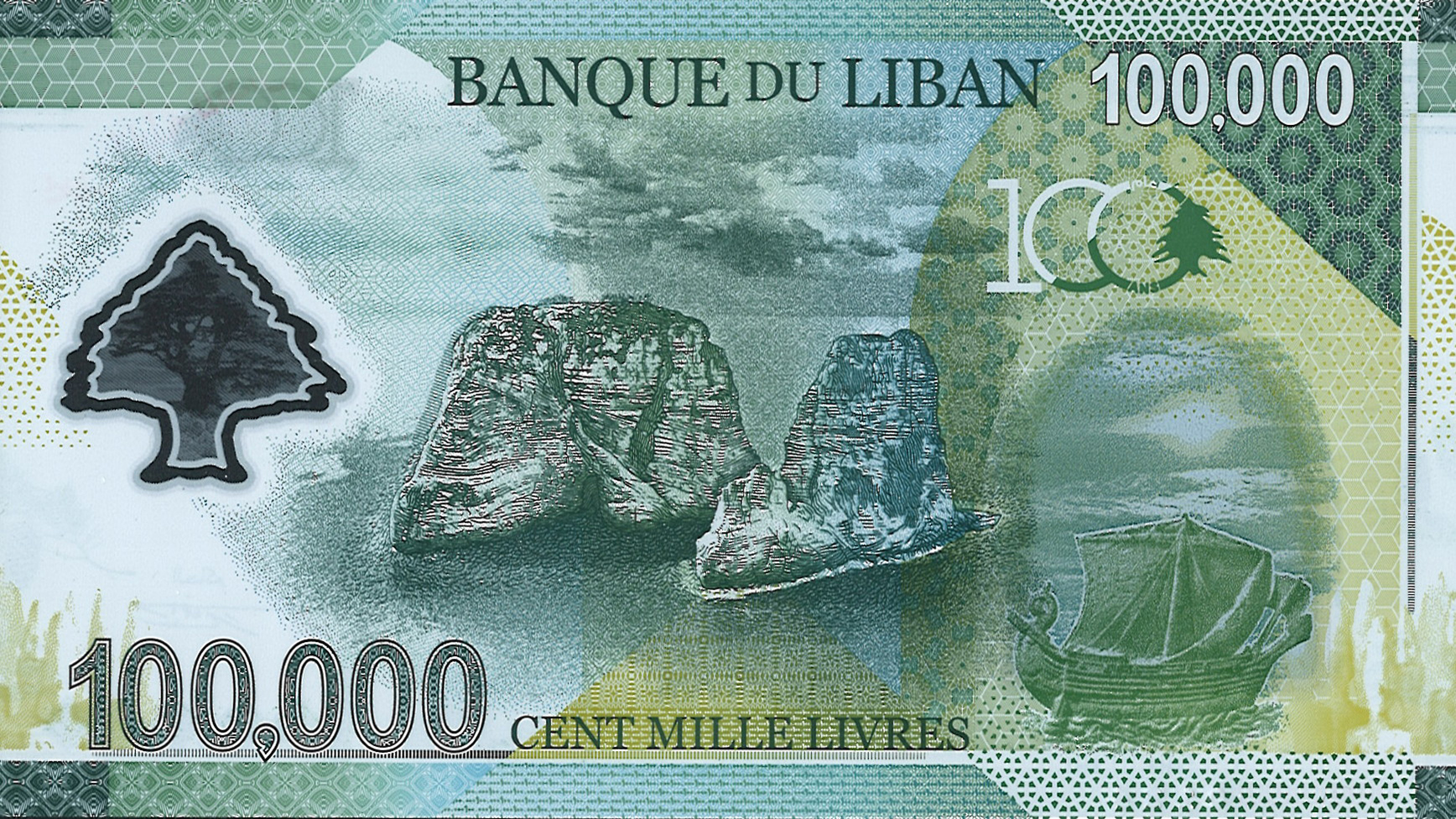 A new 100,000 pound Lebanese banknote will be brought into circulation next week, according to a statement by the Lebanese Central Bank.

The new design commemorates Lebanon’s centenary of the establishment of Greater Lebanon.

The bill is the same size as the one currently in circulation but has a new design with a green dominant color and is made out of polymer instead of paper. 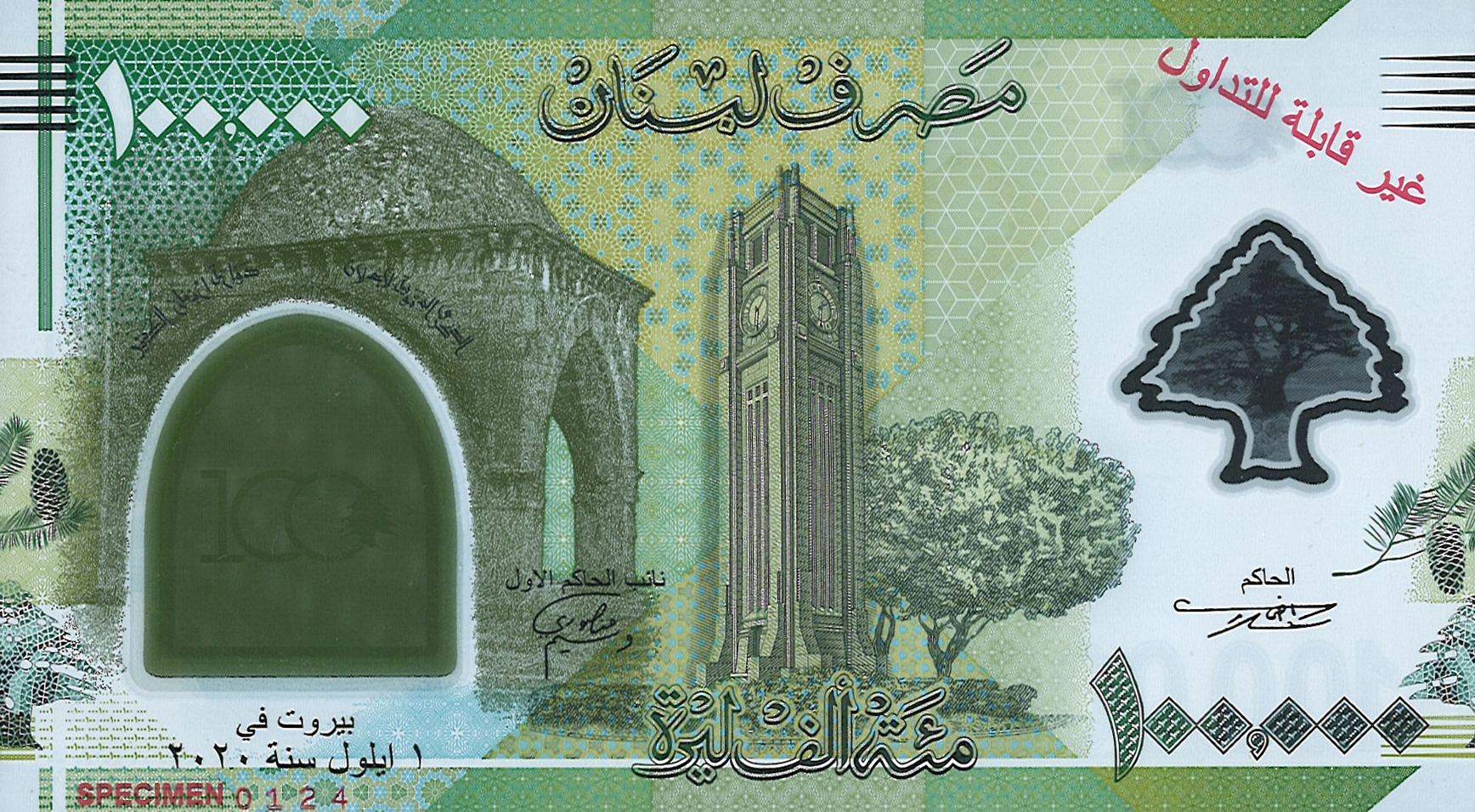 Nejmeh Square, the location of the Lebanese parliament in Central Beirut, is depicted on the front. On the left the historic monastery of St. Jan Marcus in Jbeil is illustrated.A transparent polymer window is placed on the right half with a cedar tree in the middle.

On the backside the Rock of Raouche and a Phoenician ship are depicted.

Monday, December 7th, the new bills will come into circulation.