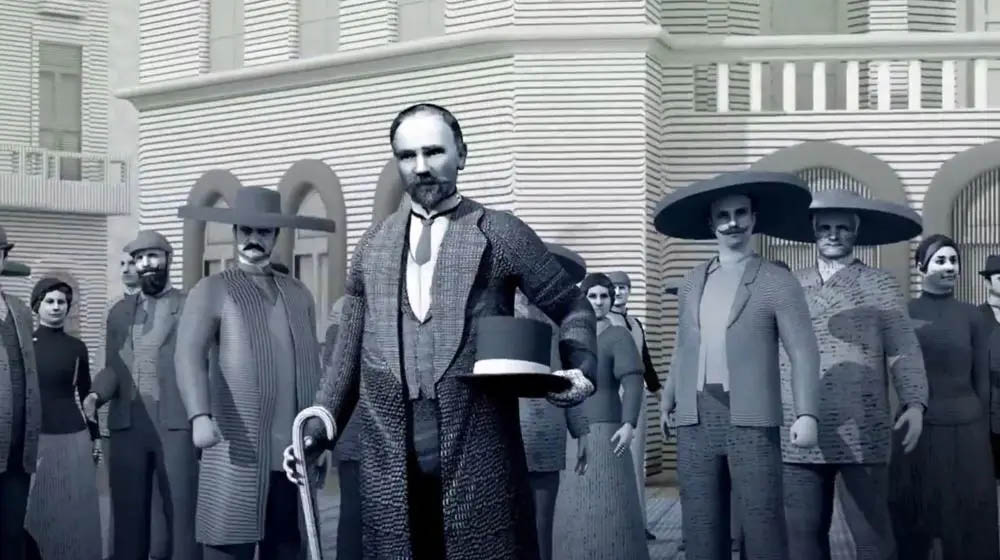 The Central Bank of Mexico has issued a new 1000 pesos bill.
These new bills are part of the G series.
The new version of the banknotes have improved security features in order to combat counterfeiting.

The new 1000 pesos bill is printed on the latest generation of materials and the predominant color is gray.
The bill measures 153mm long x 65mm high.

The front side refers to the Mexican Revolution.
On this side the portraits of Francisco I. Madero, Hermila Galindo and Carmen Serdán are depicted .
These people were the driving force behind the Revolution.

On the upper right corner of the front of the banknote the value of the bill (1000) is shown and the color changes from magenta to green.

On the left side of the bill there is a dynamic thread in magenta with three windows, on which the number 1000 becomes visible.

The watermark is visible against the light, with the portrait of Francisco I.

The monogram of the Bank of Mexico can be seen on the upper central part.

On the right is the text “BANCO DE MÉXICO”.
This text is palpable, as are the portraits, the text “Thousand Pesos” and the roads of the locomotive.

To make it easier for the blind and visually impaired, four tactile lines have been incorporated in the top left and right corners.

The flip side has a jaguar as the main motif and features the main building of the Mayan city of Calakmul.

The number 1000 is displayed in the top left corner and the bottom right corner, in a horizontal and vertical position.

The text “BANCO DE MÉXICO” appears in the upper middle part.
Underneath, in the background is  a stylized orchid flower.

The new 1000 pesos bill is in circulation since last week and commemorates the Mexican revolution which began on November 20, 1910.

More information can be found here. 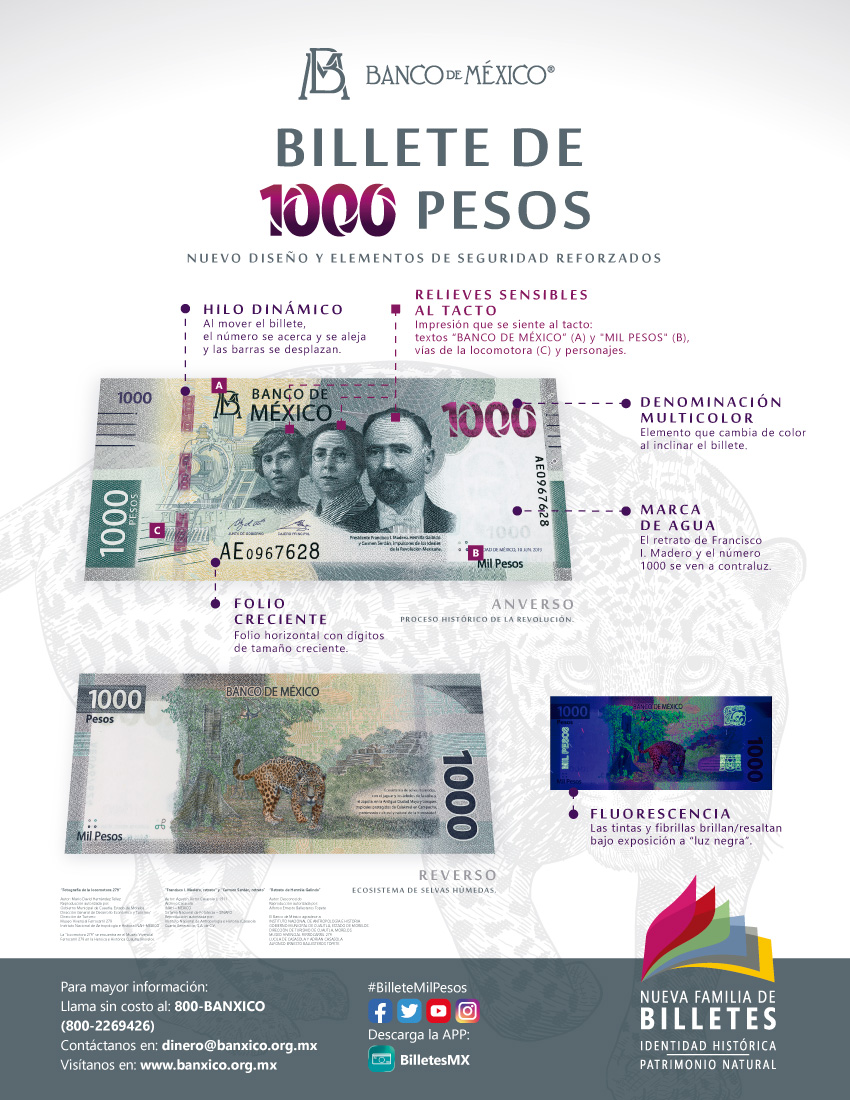