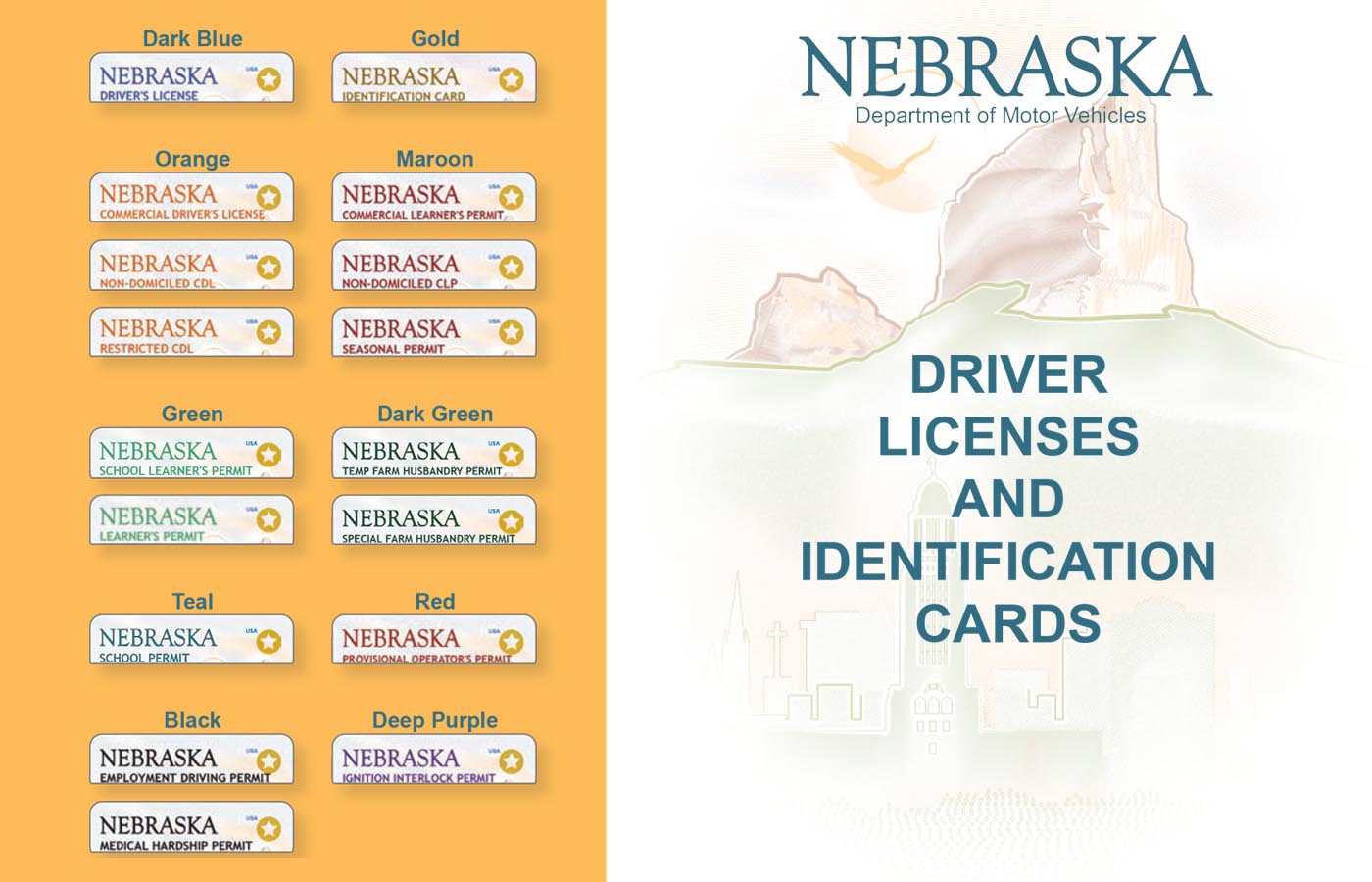 The Nebraska Department of Motor Vehicles is now issuing drivers licenses and state ID cards with a new design and advanced security features. The state started issuing the new credentials on June 17, 2021.

“These new driver licenses and identification documents are sleek, modern, and have enhanced security features that protect the identity of Nebraskans and aid law enforcement in tracking frauds and counterfeiters,” Rhonda Lahm, Director of the Department of Motor Vehicles, noted in a press conference.

The new cards feature images and colors that celebrate the state’s natural and man-made features. The front of each card shows Jail and Courthouse Rocks near Bridgeport, which highlight the rural prairies of western Nebraska, and the State Capitol and skyline of downtown Lincoln, highlighting the state’s urban centers. Displayed on the back of the card are sandhill cranes, which migrate to the river valleys of central Nebraska annually. Driver’s licenses use “bright” sunset colors (greens, browns, and gold), while ID cards feature “cool” sunset colors (reds, purples, and gold). 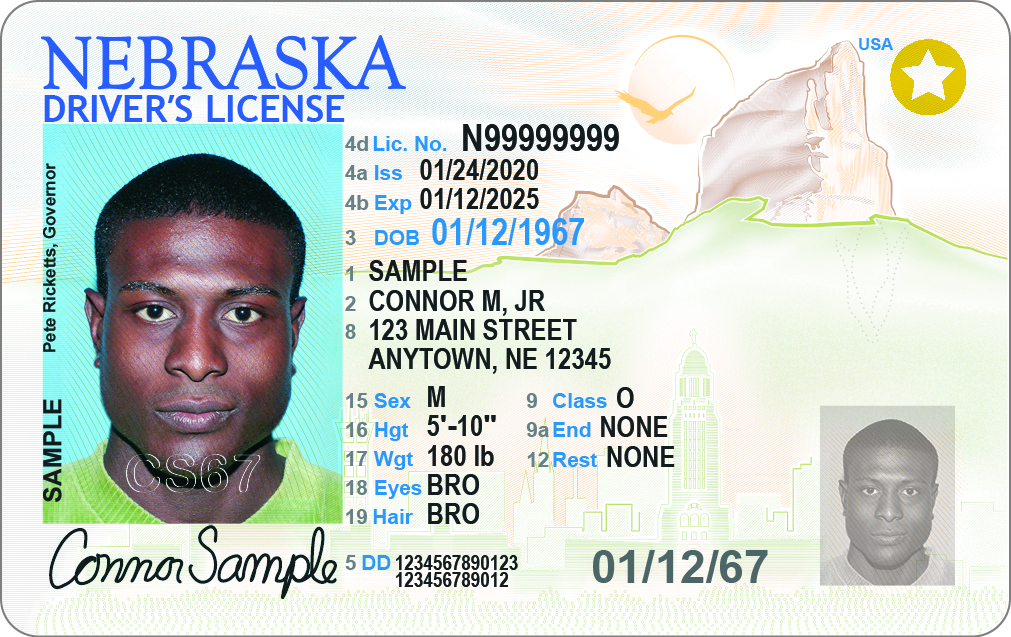 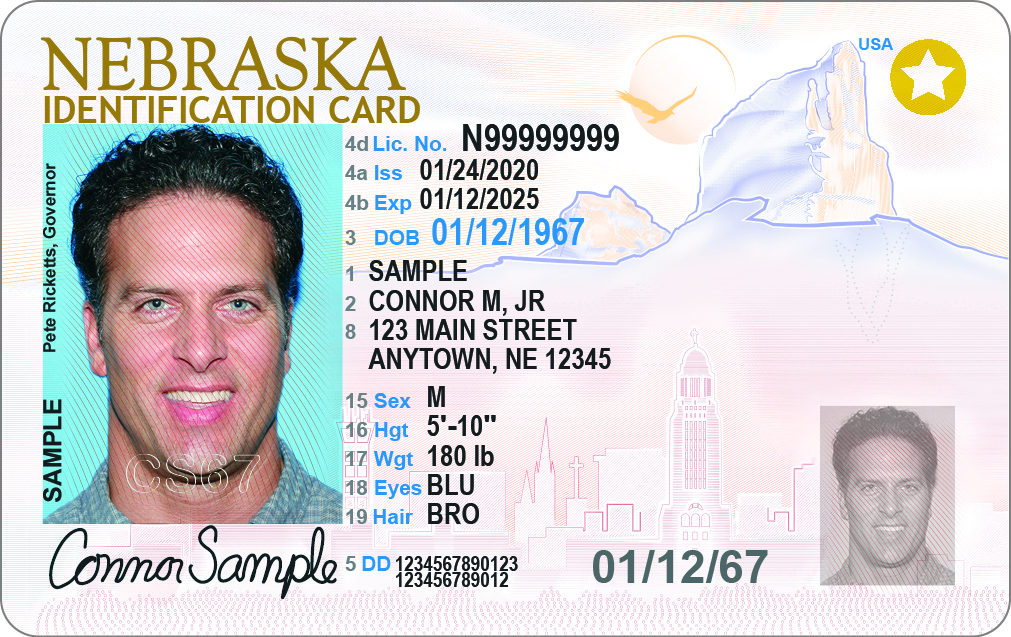 The Nebraska DMV last unveiled a new design in 2009 and has been issuing REAL ID-compliant licenses and ID cards since 2013. The 2021 credentials represent the most secure design to date.