As the first article in this series explained, the mobile app market is growing exponentially. However, continued success of this market depends on app developers avoiding some common mistakes.

Before we delve into the top mistakes mobile app developers make, we should provide some insight as to why users decide to uninstall a mobile app. The illustration below outlines those reasons. 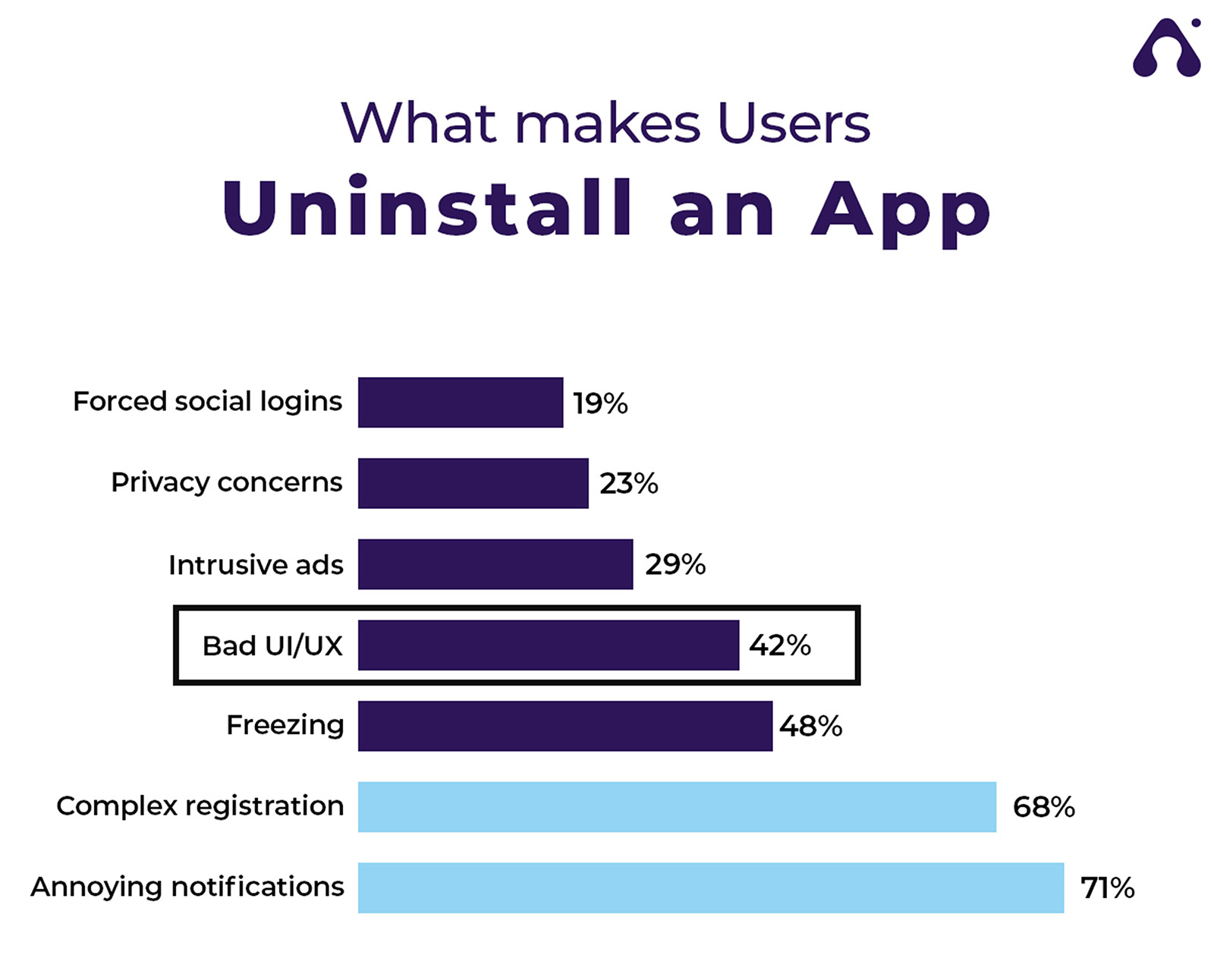 The following are some of the chief reasons why mobile apps fail in the first place, at the holistic level.

In addition to the design issues reviewed in the last section, mobile app developers fail to consider the Cybersecurity issues related to what they are developing. This can result in the end user becoming a victim instead of a happy customer. Here are the key Cybersecurity factors that are often overlooked:

Up Next: Best practices for mobile app development

This article has detailed the top mistakes to avoid when developing a mobile app, and the next article in this series will take a proactive stance by outlining the best practices for mobile app developers to follow.