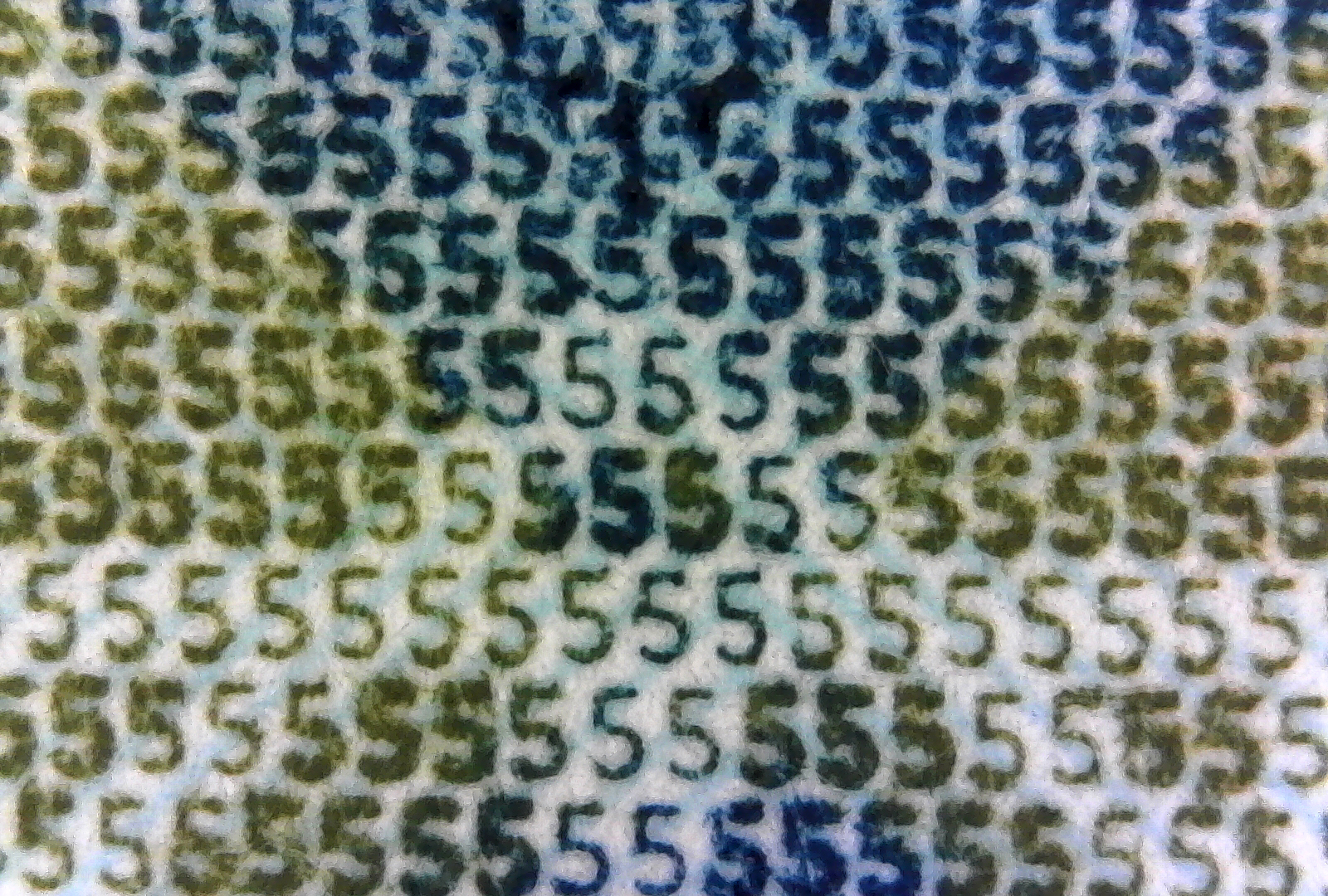 Introduction
Microprinting became popular in the 1990’s as a feature well-suited to combat the emerging threat of digital counterfeiting, but is microprinting still relevant today after decades of improvements in digital printing? The question invites a comparison between the spatial resolution of contemporary inkjet devices and the spatial resolution of offset or intaglio security print. Stated differently, the question is how small genuine security document microprinting must be to resist simulation by modern inkjet printers. However, print resolution and size are not the only appropriate criteria for evaluating microprinting.

This article explores the intersection of colour and microprinting and how both ink gamut and press capabilities can improve resistance to both digital and traditional counterfeiting. Part 1 of this series reviewed how security artwork design strategies can help microprinting resist traditional counterfeiting, and the next article will review how microprinting placement facilitates document inspection ergonomics and alteration resistance. The strategies described are presented for informational purposes and may or may not be appropriate for specific security document applications or manufacturable by all security printers.

Microprinting graphics are displayed in pairs. In most cases, the left image was captured at lower magnification (usually 10X) to show context in the document and the right image (usually 18X) to show greater detail.

Ink gamut and process colour
For microprinting to combat digital counterfeiting, colour gamut can be as important as resolution. Most consumer inkjet devices use only CMYK process colour cartridges, though a few have additional spot colours. Consider the gamut of inks available to offset and intaglio printing technologies that cannot be simulated by CMYK or even a wider gamut of inkjet colours. These could include metallic ink as in Figure 1, white (or opaque pastel) ink as in Figure 2, dry embossing as in Figures 3 and 4, colour shifting ink as in Figure 5, ultraviolet-responsive ink as in Figure 6, or even iridescent, fluorescent or clear inks (no images provided). Though certain specialty digital printing technologies can simulate some of these unique inks, most inkjet devices cannot, so counterfeiters would need specialised printing equipment. This introduces both registration and resolution problems relevant to counterfeiter simulation of microprinting.

Returning to colour gamut and using metallic ink to illustrate, its specular reflectance cannot be simulated well by CMYK. This motivates inkjet counterfeiters to adopt an additional, non-inkjet process for simulation of metallic ink features, which does three things. First, it adds expense and labour to the counterfeiting workflow. Second, the counterfeiter must align the inkjet artwork with non-inkjet metallic artwork, which can introduce registration problems. Third, counterfeiters may simulate metallic ink features using processes incapable of the level of resolution required for readable microprinting. This example illustrates how genuine document manufacturers can combine a specialty ink that cannot be simulated well by CMYK (metallic) with a printing process capable of high microprinting detail (offset or intaglio) in response to the question of whether CMYK inkjet printers have enough resolution to simulate spot colour microprinting. Counterfeiters attacking metallic ink microprinting must address both gamut and resolution, not just one or the other.

Besides metallics, similar cases could be made for microprinting in other ink types not amenable to simulation by CMYK as shown in Figures 1 through 6. In the extreme case, consider a security document containing no spot colour artwork, designed exclusively with metallic, iridescent, colour shifting, white, clear and UV-reactive inks, and dry embossing. Such a document would photocopy poorly, could not be convincingly counterfeited by CMYK alone and would prevent purely CMYK counterfeiting workflows, yet this strategy is not in common use.

The split fountains in Figures 8 and 9 show the typical spot-to-spot colour transitions for which split fountains are almost universally used, but a split fountain transition could also be between different colour saturations. This would create the appearance of a gradual reduction in the spot colour saturation without a corresponding change in line thickness. The left side of Figure 10 shows a split that transitions a high-saturation blue ink to a clear ink across a mock-up microprinting design without line width modulation, halftones or process colours. The microscopic appearance of gradually fading characters would be highly specific to the offset split fountain printing technology and is a way to make microprinting harder to simulate using inkjet.

Consider simulation of the Figure 10 design by inkjet, as on the right side of Figure 10. An inkjet printer can fully overlap inkjet dots in higher-saturation image areas, preventing individual inkjet dots from standing out and making the microscopic print more closely resemble offset. But as the saturation falls across the width of the simulated split fountain, the inkjet printer reduces dot quantity and increases dot spacing to make the macro image look lighter, eventually forcing dot separation at the microscopic level. With magnification, this negatively impacts microprinting readability, makes the presence of inkjet dots easier to identify and reduces confusion with offset. Blue ink and clear ink are used in the example in Figure 10, but the darker ink could be metallic, the clear ink could be a lighter ink of lower pigment concentration, or many other possible combinations.

While poor plate registration could affect legibility in all of Figures 11 through 18, it might be most noticeable in Figures 15 through 18. In Figures 15 and 16 significant misregistration would break up words, though individual characters would always remain intact and legible. In Figures 17 and 18 certain individual characters along the colour boundaries are divided between two plate images.  If the plates were out of register the readability of the divided characters would be impacted, but only along the limited colour boundary where the plate images interface. The approaches in Figures 15 through 18 could be joined in a new strategy in which each complete character requires art from at least two plates.

Consider the two-plate mock-up genuine offset microprinting design shown at the left of Figure 19, though the concept could include three or more plates. Each individual character is multicolour, so microscopic plate misalignment would break up characters and make the text illegible. The right side of Figure 19 shows an example simulation by a traditional counterfeiter using a two-colour offset process but without good microscopic registration. Just as limited inkjet printer resolution can make microprinting in a digital counterfeit illegible, poor registration in an offset counterfeit of the artwork in Figure 19 can make it illegible. The microprinting in Figure 19 could also be designed in negative, with blank substrate in the interior of the characters surrounded by multicolour offset ink coating the substrate.

Intaglio, colour and engraving depth
The multiplate offset microprinting examples in Figures 11 through 19 require exacting microscopic registration. However, multicolour intaglio microprinting (or, alternatively, Orlov printing) allows several ink colours to be printed from one intaglio plate in one step. Though precise colour placement within the intaglio artwork can vary with plate inking and wiping tolerances, registration between artwork elements within the same plate will not vary.

For example, the parallel rows of text in the intaglio microprinting designs shown in Figures 20 through 22 contain multiple ink colours, but character alignment does not vary across the colour transitions. Many traditional counterfeiters do not have skills or equipment for intaglio, and those that do may not have good control over plate engraving depths, prompting simulation by offset. If simulated by offset, each colour in Figures 20 through 22 could be applied in a separate printing step, introducing the risk of microscopic misalignment. Figure 23 shows genuine multicolour intaglio microprinting and one possible type of offset counterfeit in which the colours are out of register, breaking up characters.

The engravings in Figure 20 through 22 are of similar depth, meaning that the chroma (or saturation) of each printed ink colour is generally consistent. However, changing the depth of an intaglio engraving can change the thickness of the ink layer printed from that artwork. A thinner ink layer results in lower saturation and a thicker ink layer produces higher saturation. Figures 24 and 25 show how combining two engraving depths with two inks varies in both colour and saturation, producing four combinations.

Figures 11 through 19 demonstrated offset multicolour microprinting designs. An analogous intaglio strategy could use multiple plate engraving depths to produce microprinting of different saturations in adjacent rows or characters, or even within individual characters. Unlike the prior offset examples, this strategy would not require fine multiplate artwork registration because the full intaglio design is printed from one plate. However, intaglio plate inking processes may not be sufficiently granular for fine effects like alternating the colour of adjacent microprinted characters as was possible in the offset examples in Figures 15 and 16. Some examples of multicolour intaglio microprinting paired with multiple engraving depths are shown in Figures 24 and 25.

The left of Figure 26 shows a mock-up monochromatic intaglio microprinting design with plate artwork of two discrete engraving depths, producing two colour saturations. Counterfeiting this design by offset could involve either a halftone (less work, but potentially risking the microprinting line art) or two printing steps to apply dark and light inks separately (risking poor registration). The effect of poor plate registration in a two-colour offset simulation could be illegible microprinting, as on the right of Figure 26.

Similarly, the mock-up multicolour intaglio design at the left of Figure 27 features the same two engraving depths, but with two ink colours. It remains possible to simulate this artwork using offset, but the additional colours can exacerbate counterfeiter registration problems, limit simulation quality and drive counterfeiters to lower-quality halftone simulation processes that could damage microprinting line art. One possible offset simulation is on the right of Figure 27.

Conclusion
This article has proposed that the colour gamut and registration within a microprinting design can be as important as resolution and size. To combat digital counterfeiting, genuine microprinting can be printed using inks not amenable to CMYK simulation, or with a split fountain that transitions between saturations instead of between colours. These strategies force counterfeiters to address both ink type and fine microprinting detail simultaneously, which can prevent easy simulation by CMYK and facilitates easier detection of inkjet counterfeits. To combat traditional counterfeiting, strategies for multicolour offset and multi-saturation intaglio microprinting were described. If individual microprinted characters are composed of offset artwork containing different colours or intaglio artwork containing multiple engraving depths, offset counterfeits of these microprinting designs may be rendered illegible if traditional counterfeiters cannot hold good microscopic registration. This article will be followed by future work on microprinting placement, user ergonomics and alteration resistance.

Disclaimer: This article represents the opinions of its authors and not necessarily the opinions of the US government. The technologies and strategies described may not be available, appropriate or manufacturable for all document issuers. The examples shown do not imply anything about the quality of a document, its designer, its manufacturer, or the issuing authority. For informational purposes only.

Third-Party Risks to Your Business (Part 1)

What is a Fractional Information Security Officer? (Part 2)

What is a Fractional Information Security Officer? (Part 1) 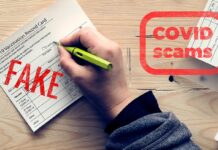 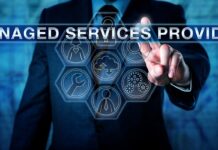 The Benefits of an MSP to the Banking Industry (Part 2) 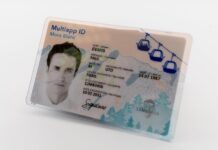 What are the key features of a modern identity card ?