The Banco de México put into circulation the sixth and last banknote of the New Series of Mexican banknotes, the 50-Pesos vertical note, on 1 November 2021. The announcement was made at a special event held in Mexico City on October 28th.

The new note is printed on a polymer substrate and measures 125 X 65 mm. The main colour scheme is purple, with both the front and back sides being vertical in orientation. In keeping with the new series, the theme of the new note is historical identity and natural heritage. 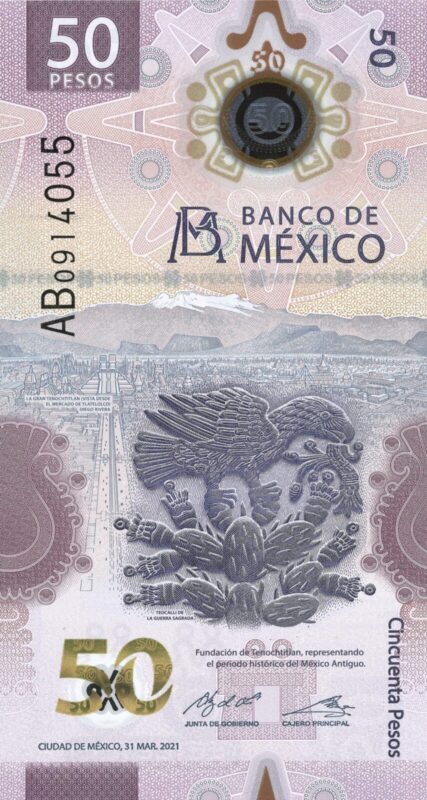 Front Side of Banknote

The front side of the note portrays the historical period of Ancient Mexico, in particular the founding of the Aztec city of Tenochtitlan. The image is based on a mural by artist Diego Rivera. Also shown is the back of the monolith known as Teocalli of the Sacred War, featuring an eagle standing on a prickly pear cactus as the main motif. 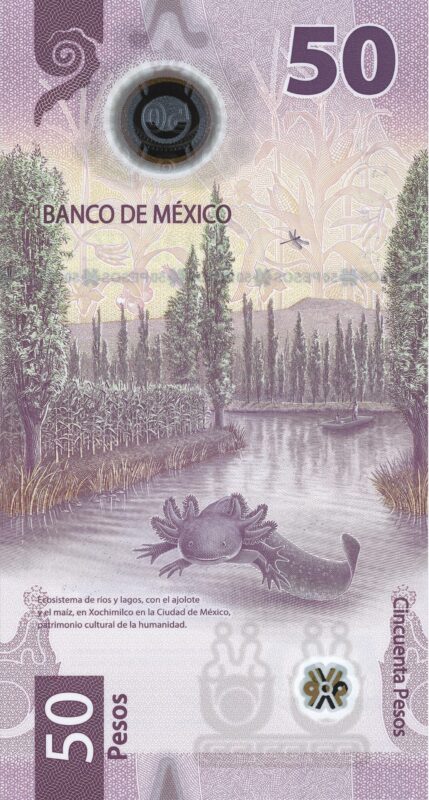 Back Side of Banknote

The reverse side of the note depicts the country’s ecosystem of rivers and lakes through the axolotl, as well as the maize and bonpland willow trees, in the network of canals and artificial islands of Xochimilco, a cultural heritage site.

The key security features include: