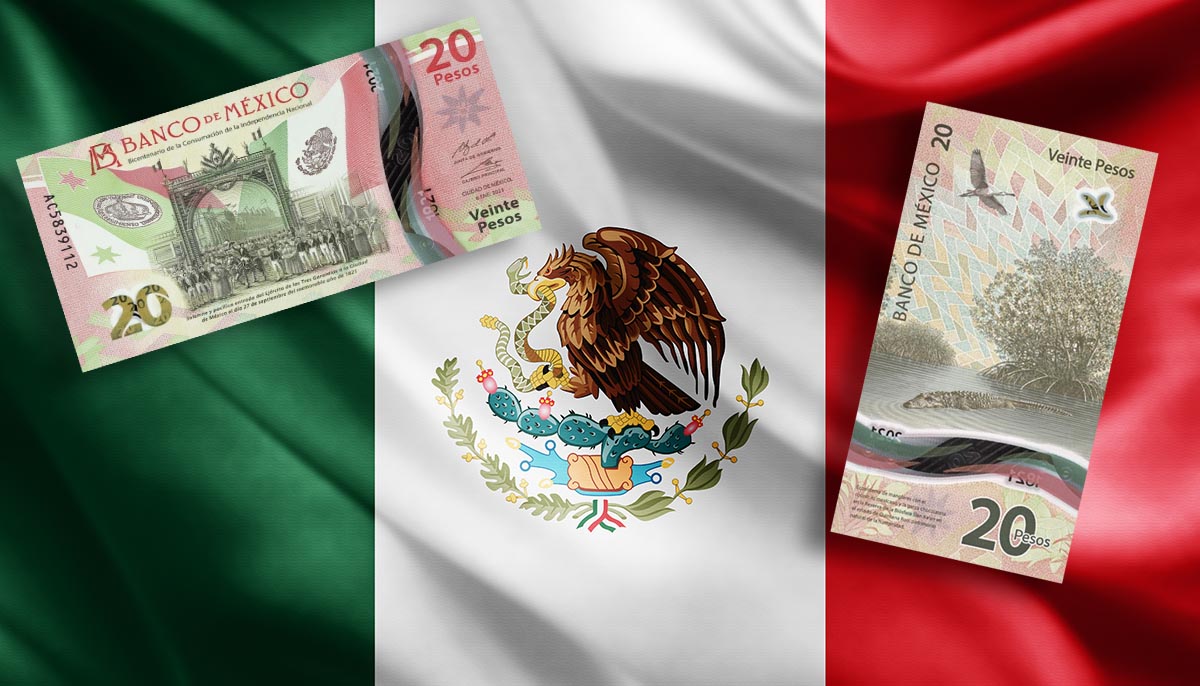 The Banco de Mexico has announced the issuance of a new 20 Pesos banknote to celebrate the 200th anniversary of the country’s independence. The new note went into circulation on 24 September 2021 and will circulate alongside the current 20 Pesos polymer note.

The commemorative banknote is manufactured on polymer substrate and measures 120 x 65 mm. It contains several interesting design and security features. 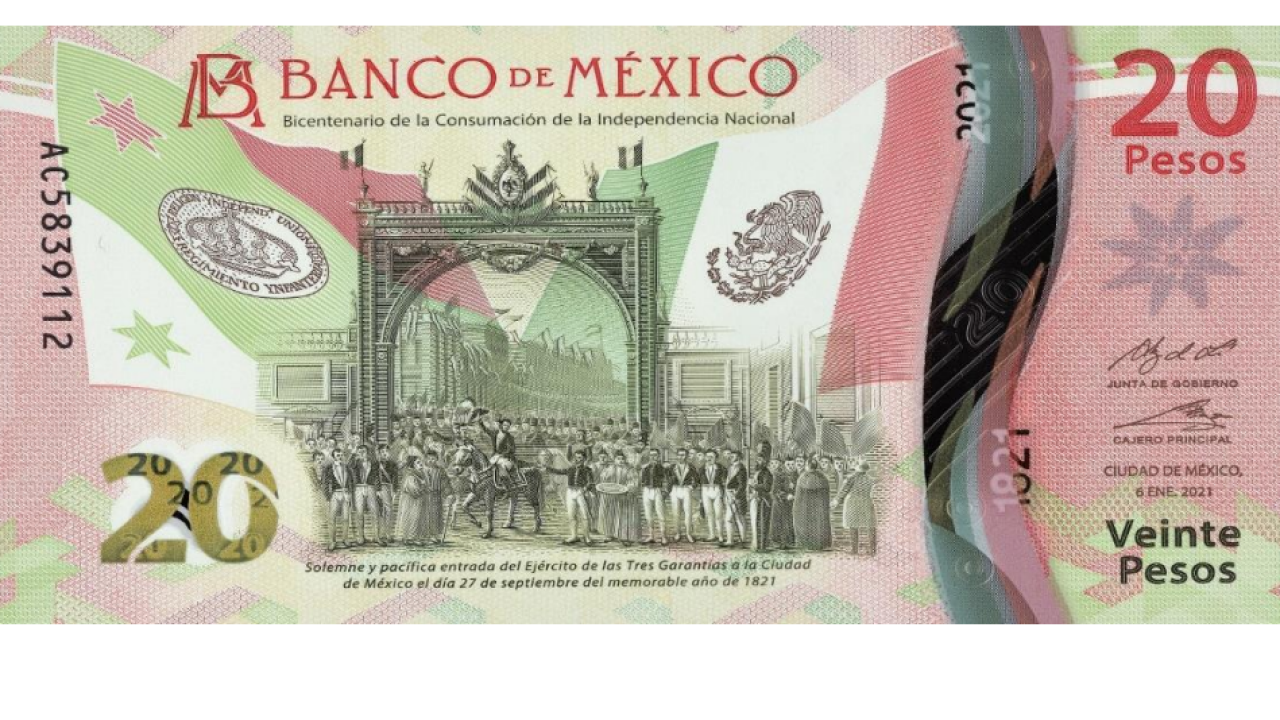 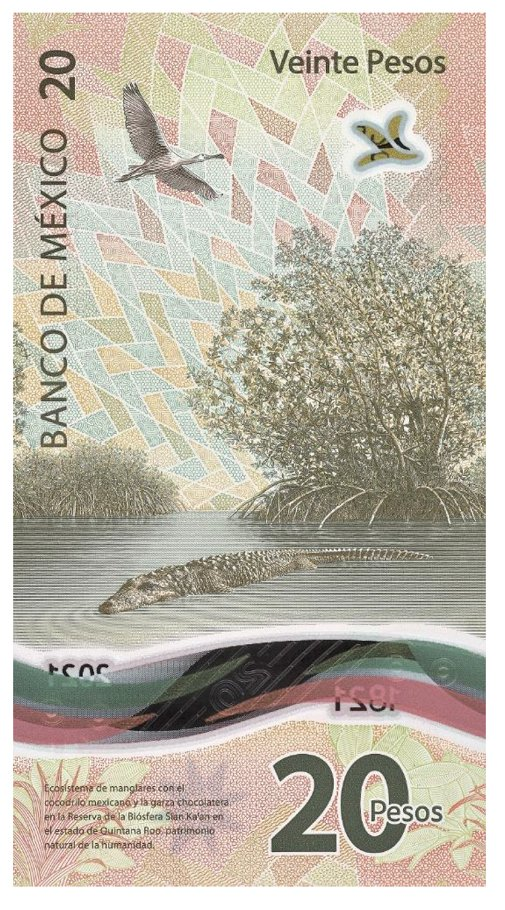 Additional information on the new series of bicentennial Mexican banknotes, including the newly issued 20 pesos commemorative banknote, can be found here.