In the summer of 2012, London hosted the biggest sporting event in the world: the Olympic and Paralympic Games. Many commentators agree that the London 2012 Olympics were the best ever. But those involved in the planning knew full well that the Olympics brought with them significant threats – not least security. Safety and security was paramount, with over 100 heads of state all arriving in London for the opening ceremony, together with thousands of athletes and millions of spectators from all over the world. Tony Smith describes the key challenges he faced as Gold Commander for the UK Border Agency’s Olympic Programme, and how the risk was mitigated

Context
On 6 July 2005, the International Olympic Committee met in Singapore to decide who would host the XXXth Olympiad. Although most commentators expected Paris to win, the award went to London. There were widespread celebrations in Trafalgar Square, as the news broke that the greatest sporting event in the world was coming to town.
On 7 July 2005, four Islamic home-grown terrorists detonated four bombs in London: three aboard the London Underground and a fourth on a bus in Tavistock Square. 52 civilians were killed and over 700 injured. This was the worst peacetime attack on the UK’s capital in history.

At the time I was Head of UK Border Control. My first instinct was that this attack was perpetrated by foreign nationals. I had been Director of Ports and Borders in Canada between 2000 and 2003. I was aware that weaknesses in border security had contributed to 9/11, where “as many as 15 of the 19 hijackers were potentially vulnerable to interception by border authorities”1. Indeed, in the early hours and days post 9/11, many commentators believed that there was a link between the attacks on the United States and a perceived weakness in Canadian Border Security (a myth later dispelled as the true facts emerged).

The aftermath of 7/7 told a different story. Three of the London bombers were British – born in Yorkshire, of Pakistani descent. The fourth was born in Jamaica but had come to the UK as a small child. These were not foreign nationals plotting an attack on the UK from abroad – these were ‘home-grown’ terrorists who had become radicalised within Muslim communities in the UK. There was no causal link between border security and 7/7 – although later investigations showed that two of the bombers had travelled to Pakistan between November 2004 and February 20052.
Given the security threats posed to previous Olympiads, it soon became clear that staging the Olympics in London in 2012 would present the UK Border Agency (UKBA) with their biggest peacetime security challenge in the country’s history.

The Olympic guarantees
As part of the agreement to host the Olympic Games the UK government entered into a ‘host city contract’ with the International Olympic Committee (IOC). This included a commitment to guarantee the security of the Games. It also set out specific requirements for accreditation, “including free access into the Host Country for accredited persons on the basis of a passport (or equivalent document) and the Olympic identity and accreditation card referred to in the Olympic Charter”3.
The IOC ran a series of inspections – known as ‘Co Coms’ – in the years and months leading up to the Olympics. This was how progress against meeting the guarantees was monitored. It was clear that for the purposes of London 2012 security would present the biggest challenge. For my part it would be border security and, in particular, accreditation.

Accreditation
So what is ‘accreditation’, and how is it relevant to border security? The purpose of accreditation is to identify people and their roles at the Olympic Games and allow them necessary access to perform those roles4. Both the Host City Contract and the User’s Guide are clear that the accreditation process is owned by the IOC (or in the case of the Paralympic Games, the International Paralympic Committee) and administered on their behalf by the Organising Committee for the Olympic Games (OCOG).
In effect, ‘Games Family Members’ (or GFMs for short: athletes, judges, team coaches, affiliates and media) are admissible to the host country upon production of a valid Olympic/Paralympic Identity and Accreditation Card (OPIAC) and a valid national passport or travel document. The National Olympic Committee (NOC) of the participating State submitted a ‘long list’ of nominees to the London OCOG (LOCOG), with agreed data elements (usually the passport bio data). LOCOG then transmitted the data to the host government for background checks and, where no objection was raised, LOCOG issued the OPIAC which was handed to the individual overseas. The OPIAC then acted as an entry visa and work permit to the host country, and as a security pass to enter the Olympic venue. Thus, the OPIAC becomes an extremely valuable document; and the background checking process becomes increasingly relevant in the context of national security.

The London 2012 Olympic and Paralympic Safety and Security Strategy defined the role of the UK Border Agency so as to:

Challenge
So the challenge was set. We had signed a contract with the IOC which committed us to hosting a safe, secure Olympics. At the same time we had agreed to waive our standard visa requirements for GFMs from all competing countries of the world, in favour of an accreditation system run by the IOC and administered by LOCOG. We had agreed to facilitate passengers and goods across the border up to and during Games time, at a time when checks and queues at the UK Border had become an issue of national significance. And we had committed to assist in assuring the identity and right to work of accredited persons both from abroad and from within the country. All this was set against a security threat classification of ‘severe’, indicating that the risk of terrorist attack on the Games was ‘highly likely’.

Identity
Identity assurance is critical to any screening process. For UKBA, the primary document to establish identity is the national passport. In his book Bloody Foreigners, Robert Winder recalled: “In 1915 the country’s bureaucrats equipped themselves with a powerful new weapon: the passport.” 6 This weapon became increasingly valuable to Border Agencies, as the International Civil Aviation Organisation (ICAO) demanded ever increasing security measures in passports to mitigate the risk of fraud. However, passports can only be demanded from non EEA nationals seeking to enter the UK from abroad. EEA nationals can produce national identity cards – many of which lack the stringent security features of passports. Inland, UK nationals do not even need national identity cards. In his book A Journey, former UK Prime Minister Tony Blair said: “I was convinced that they (identity cards) were necessary… I could see no other alternative to dealing with illegal immigration.”7 Yet the coalition agreement of 2010 committed to abolish the identity cards project.

Whilst there was no specific intelligence to suggest that ‘home-grown terrorists’ might seek accreditation to access the Olympic venues, we had a good deal of experience of identities being abused as a cover for illegal working. Therefore, in addition to the external threat, we faced an insider threat where hundreds of thousands of people would be reporting to the Uniform Distribution and Accreditation Centre (UDAC) in Canning Town to collect their security passes. This threat could only be mitigated through very close collaboration between UKBA’s local immigration team  in Stratford and the LOCOG front line staff at the UDAC, backed up by experts from UKBA’s National Document Fraud Unit to assure the identity of applicants.

Volumes
Although we had some evidence from Beijing and Vancouver, it was impossible to accurately predict the number of applications we would receive for accreditation. Early estimates suggested around 400,000; with around 60,000 coming from overseas. However, this took no account of potential policy changes (such as checking ‘guest pass’ holders) or administrative errors (such as duplicates). In the end our Olympic Clearing House processed over 825,000 applications between October 2011 and August 2012, with a 1.25% rejection rate.
More broadly, we processed 71,000 Games Family Members at the UK Border from 196 countries, including over 100 VIP arrivals (including heads of state and royalty), 6 million arriving spectators during the Olympic period (including over 3 million at Heathrow alone), and we mobilised over 1,100 additional staff. Our queuing times at passport control fell well within our published service standards of 45 minutes and 25 minutes maximum for non-EEA and EEA passengers respectively – and full checks were maintained at all ports at all times.

The key to success
The key to our success was collaboration. Having worked through the lessons of 9/11 and 7/7, I knew that accurate and timely data, intelligence and information sharing between Agencies would be critical in mitigating potential vulnerabilities.

Thus identity was assured, comprehensive screening took place, and the Games passed off safely and securely with minimal delays to the travelling public.

Conclusion
In his closing speech at the Paralympic Games, Lord Coe quoted a Games Maker (a volunteer) called Andrew, who was a doctor at St Mary’s Hospital and on duty on 7/7. Andrew was not sure if he should come to the Olympics, or whether he could face it. But now, for him this was closure. For he had seen the very worst of mankind, and now, at London 2012, he had seen the very best of mankind.
I know how Andrew felt. We all knew that in any security operation this size, there were risks. We needed some luck. But we also took comfort from knowing that by combining the very best we had to offer – across all law enforcement agencies and partners – we were a force to be reckoned with. All we needed to do was to give our best, work tirelessly in collaboration, and allow our fantastic Games Makers, athletes, Paralympians and broadcasters to do the rest. And so London 2012 will go down in history as the safest, most secure and inspirational Olympiad of all time. 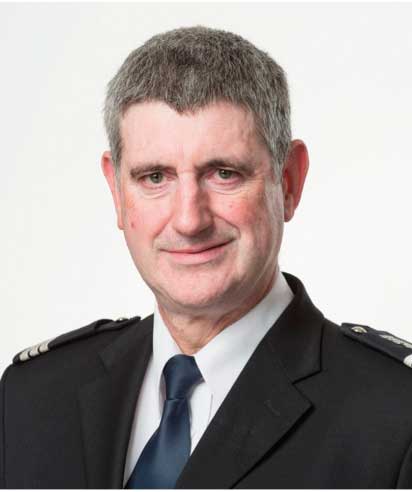 Anthony Smith retired from public service in March 2013 after a long and distinguished career with the UK Home Office. He was the only immigration officer to have risen through the ranks to Director General. He served as Director of Border Control in the UK through the 7/7period, and as Gold Commander for the UK Border Agency’s Olympic Programme. In 2013 he received the Order of the Commander of the British Empire and is now an independent consultant on leadership and global border security solutions.