The Central Bank of Mauritania began issuing a new banknote in November 2021. The 20 Ouguiya note is the lowest denomination in the newest banknote series (2017 polymer series, issued on 1 January 2018). Banknote Industry News reports the Bank has introduced the new note to provide the public with flexibility in how they pay with cash.

The note measures 130 x 66mm and is printed on the polymer substrate GUARDIAN™ by CCL Secure.

The predominant colors of the new note are reddish-orange and gray. Two important elements of Mauritania are illustrated in the design. 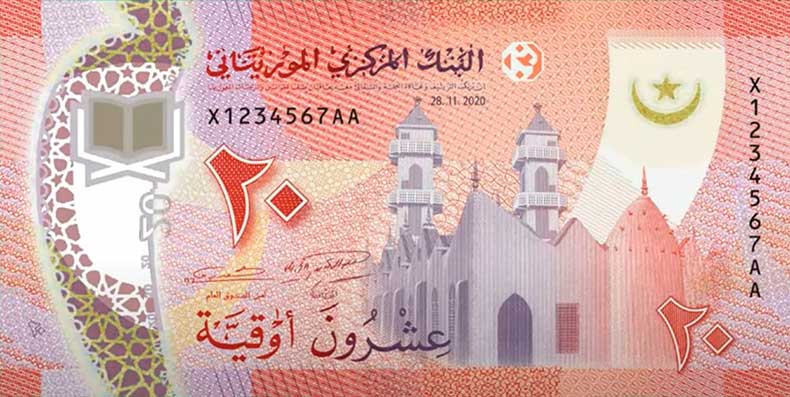 The front side of the banknote depicts the great mosque of Gataga located in Kaédi in the south part of the country. The mosque, built around 1366, is one of the oldest mosques in the country. 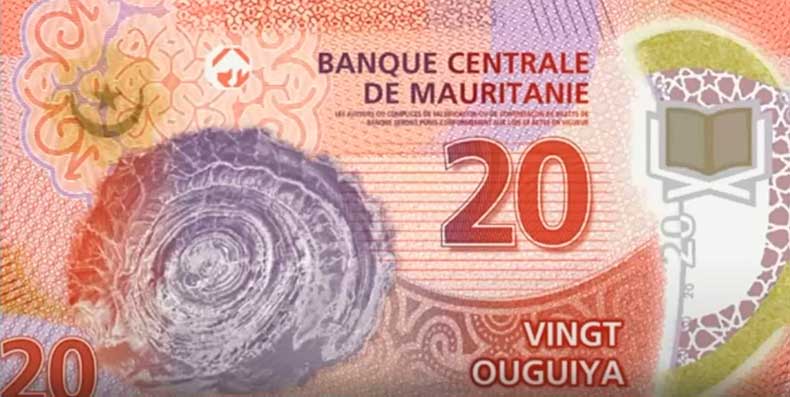 The back side of the note features the geographic wonder of Guelb Errichât, known the world over as the “eye of Africa.” This unique structure can be seen from space.

The new banknote was designed and produced by the Canadian Bank Note Company and is co-circulating with the 20 Ouguiya coin.