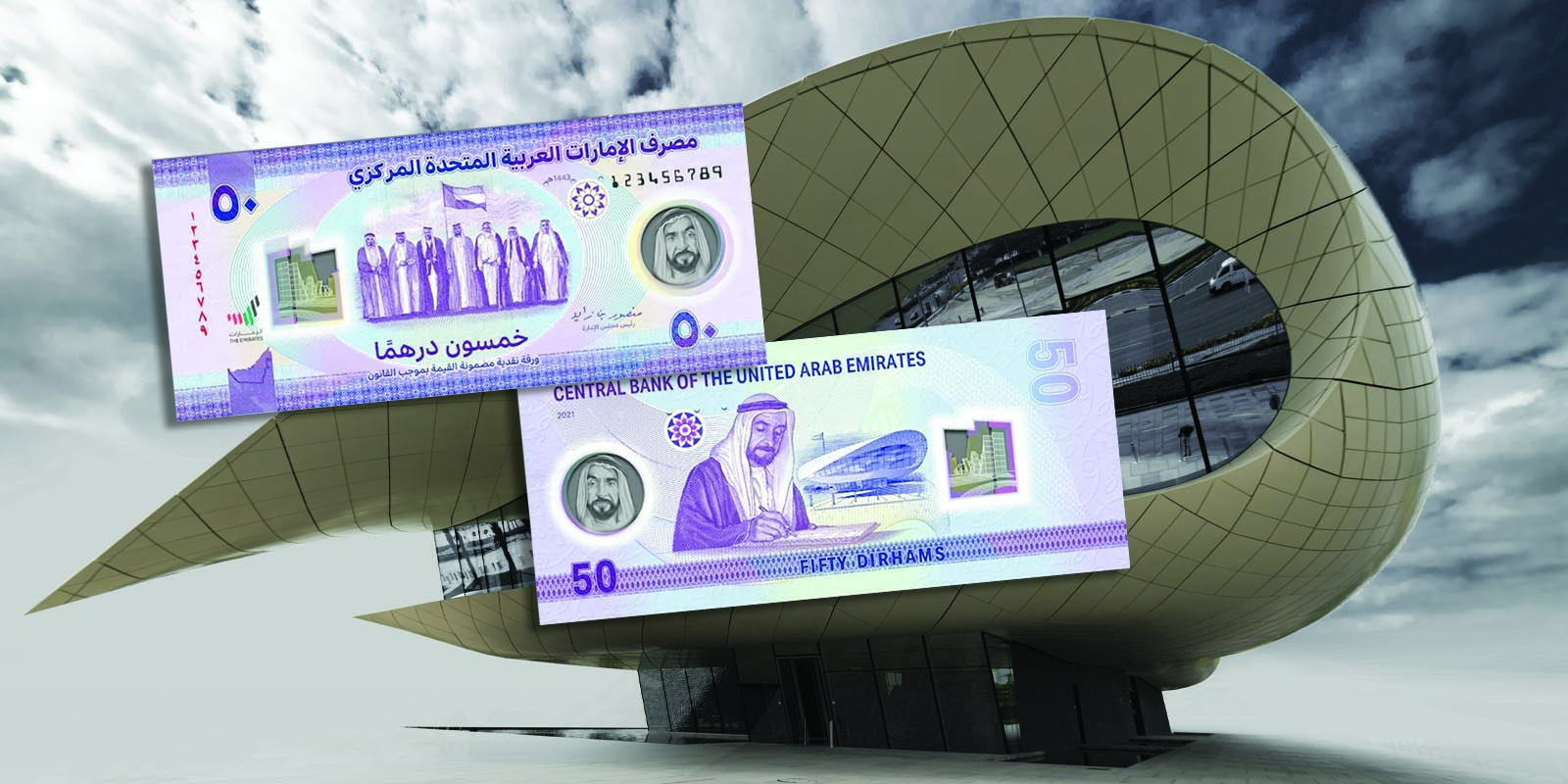 The Central Bank of the United Arab Emirates is commemorating the country’s 50-year anniversary with a new 50-Dirham banknote. The note pays tribute to the late Sheikh Zayed bin Sultan Al Nahyan and the first-generation Rulers of the Emirates.

The new note is the UAE’s first to be made with polymer. Specifically, it is printed on De La Rue’s polymer substrate SAFEGUARD®. This results in a note that is more durable and sustainable than traditional versions. Because the polymer substrate is recyclable, it will help reduce the country’s carbon footprint.

The color scheme of the new note features various shades of violet. Advanced intaglio printing techniques were used to create the drawings and inscriptions. Symbols in Braille will help visually-impaired consumers to identify the note’s denomination.

The front of the new banknote features a portrait of the late Sheikh Zayed on the right, and a memorial picture of the founding fathers after signing the union document in the center. It also has an image of Wahat Al Karama, the memorial to the martyrs of the Emirates, at the left.

On the reverse side of the banknote
The images of the late Sheikh Zayed and Wahat Al Karama appear in transparent windows on both sides of the note.

The Dh50 banknote also has advanced security features to combat counterfeiting.
The images of the late Sheikh Zayed and Wahat Al Karama appear in transparent windows. Fluorescent blue marks of the UAE nation brand in the center.

The commemorative banknote will be available in ATMs soon. The current Dh50 note (with an Arabian oryx on the front and the old al-Jahili fort in Al Ain on the reverse side) remains valid.

Central Bank of the UAE