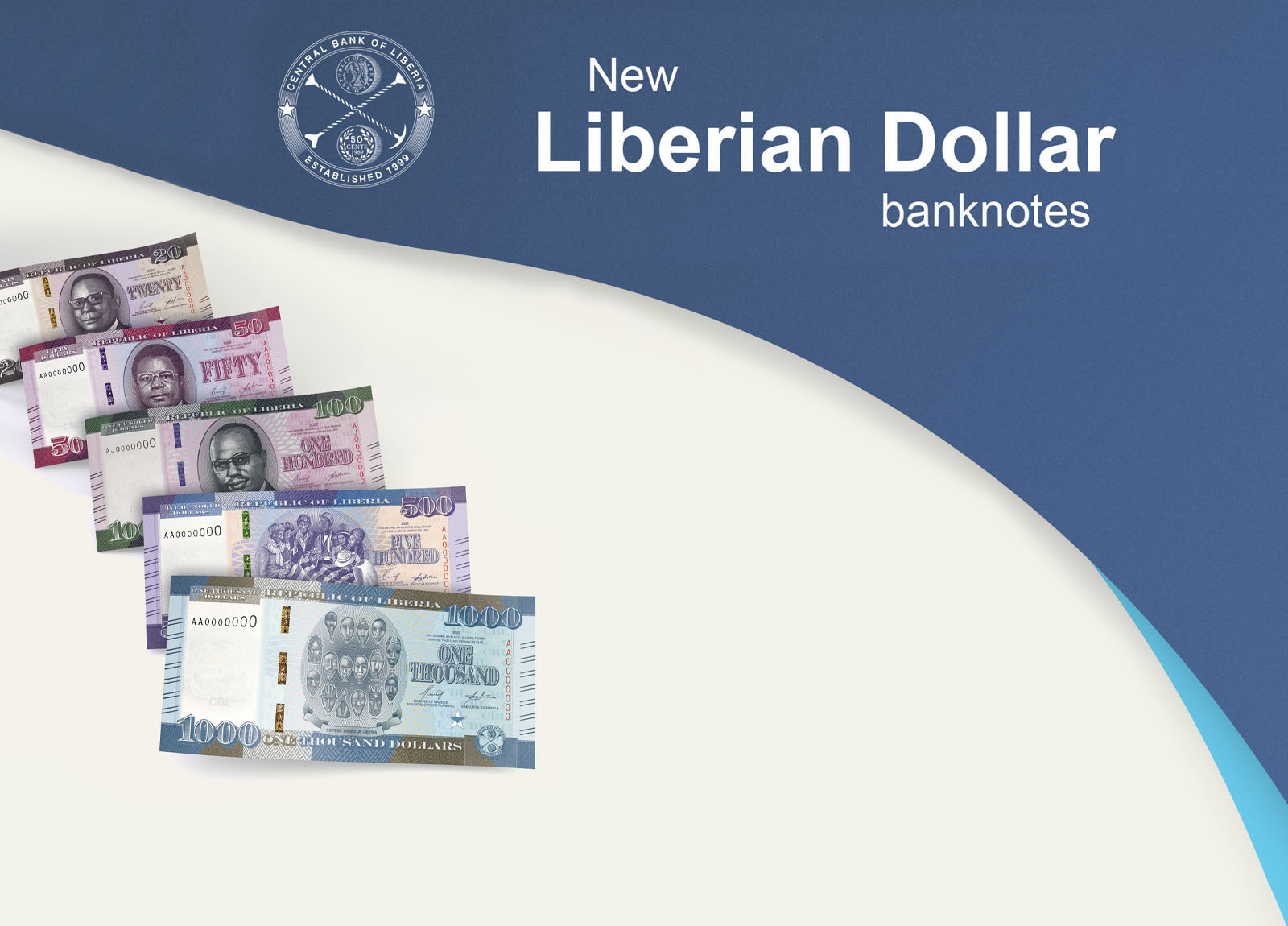 The Liberian Dollar is the official currency of the Republic of Liberia, a Western African country that has struggled mightily to become a free and independent nation. The Central Bank of Liberia (CBL) issued several new banknotes in September 2022, with images of key historical figures and everyday citizens who represent the nation’s pride, challenges, and triumphs.

While the visual designs are similar to previous issues, the new notes incorporate some changes and, more importantly, they include advanced security features to prevent counterfeiting.

All the 2022 notes feature the following visual elements: The Central Bank of Liberia (CBL) seal on the front and back—the CBL seal features crossed kissi money—and front and back sides of a 50-cent coin dated 1969. The text on both sides is in English.

Design of each denomination

Here is a look at each individual denomination, with details about their unique features.

L$20 The twenty-dollar banknote is primarily brown, tan, and purple. The front features a portrait of Liberia’s 18th President, William V.S. Tubman. The back depicts a man on a farm. Unique security feature: a gold-to-green windowed security thread with demetalized stars.

L$50 The main colour scheme of the fifty-dollar bank note is red, brown, and purple. On the front is a portrait of Liberia’s 20th President, Samuel K. Doe and a palm plantation. The back depicts a man trimming an oil palm tree. Unique security feature: a purple-to-gold windowed security thread with demetalized stars.

L$500 The five-hundred-dollar banknote features shades of purple, blue, and yellow. Seven women designers of the Liberian flag appear on the front. On the back are a hippopotamus adult and calf. Unique security feature: a green-to-blue windowed security thread with demetalized stars.

L$1,000 The one-thousand-dollar banknote has a colour scheme of blue, brown, and pink. It features the masks of the “Sixteen tribes of Liberia” on the front side and the Capitol building in Monrovia on the back side. Unique security feature: Gold-to-green windowed security thread with demetalized stars.

All the new 2022 banknotes include the following security features:

The new banknotes will circulate alongside the previously issued notes, and all are considered legal tender. The United States Dollar is also a legal tender in Liberia.