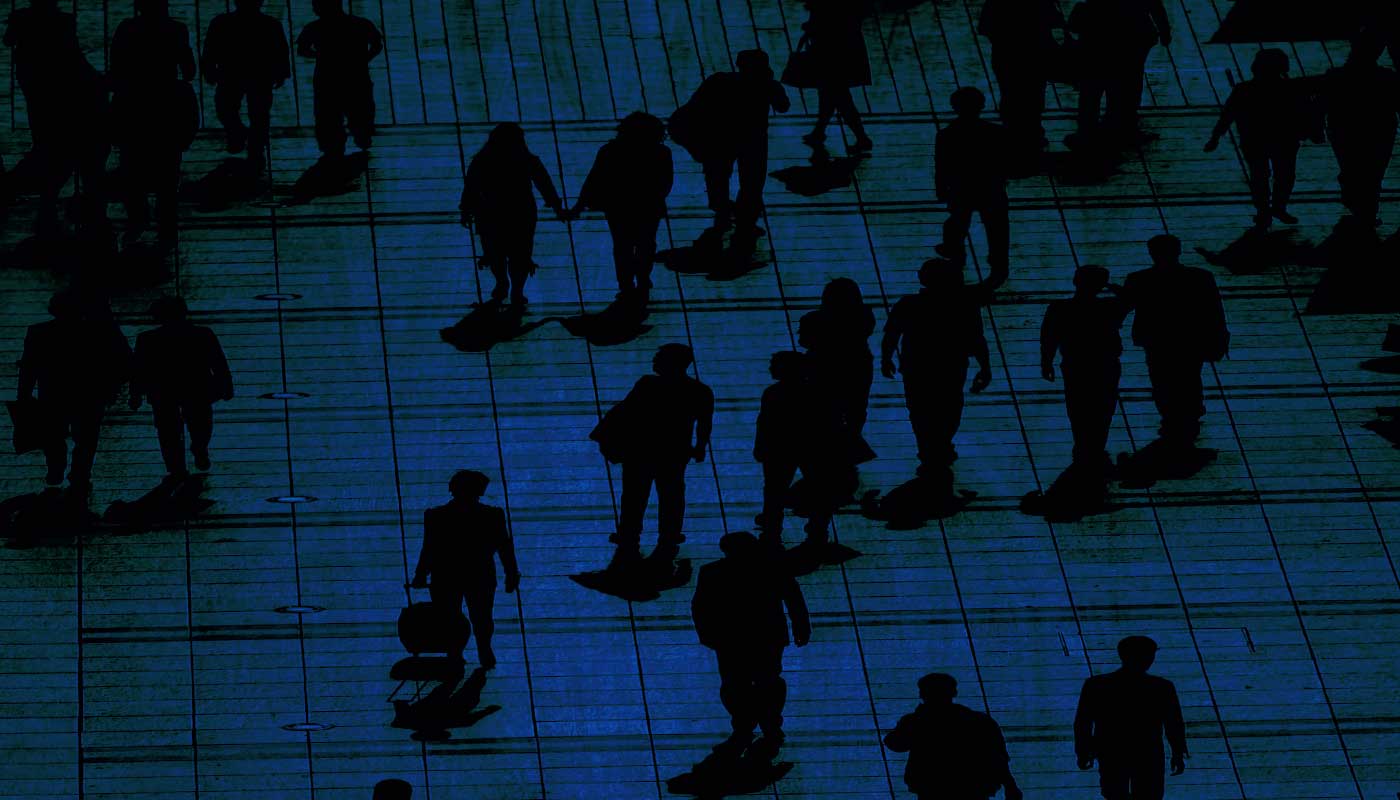 In this article, Alenka Prvinšek Persoglio addresses some aspects related to the development of the concept of legal identity of a natural person and its correlation to the right to privacy, in particular in the light of the introduction of the digitalisation of civil status registers.1 It focuses on the relationship between the State as a catalyst of good administration and its citizens, both residing on the State’s territory and abroad. Specifically, it presents the case of the digitalisation of the Slovenian civil status register, and highlights the nexus between a well-developed system of identity management, identity documents and migration.

The initial point of departure
“If there is no document, there is no person”, stated the magician-devil, the main character in the book The Master and Margarita.1 Indeed, nowadays, according to the World Bank, there are an estimated 1.5 billion people who do not have an official, government issued and recognised document as proof of their legal identity. The majority of these people live in Asia and Africa, and a disproportionate number are women and children.2
The last two years we have seen an increased interest among different international actors to lay down the principles and policy solutions related to the concepts of legal identity. On the one hand, the Global Sustainable Goals – adopted in September 2015 by the Heads of State at the margins of the United Nations General Assembly – stipulate legal identity for all by 2030, including birth registration.3 On the other hand, the rapid development of information technologies, mobile devices and biometrics call for a coherent definition of legal identity, a higher degree of protection of the right to privacy and, linked to that right, data protection for the citizens.

Legal identity in the context of international law and international co-operation
Until now, international law has not codified a definition of legal identity at universal level; only Article 8 of the UN Convention on the Rights of the Child refers to identity, with an indirect reference to Article 7 (the right of the child to be registered immediately after birth). From the UN legislative framework it is also worth mentioning Article 12 of the UN Convention Relating to the Status of Stateless Persons, about the personal status of stateless persons, which must be governed by the law of the State of residence or domicile, while acquired rights (marriage) must be respected under specific conditions.4
The UN law also does not specify the right to privacy. In April 2015, due to globally emerging needs, the Human Rights Council adopted resolution 28/16, in which a Special Rapporteur on the right to privacy was appointed for a period of three years. Among other responsibilities, the resolution directs the Special Rapporteur to report on alleged violations of the right to privacy, including those in connection with the challenges arising from new technologies.5 Already in 2011, the UN OHCHR published their Guiding Principles on Business and Human rights, on where the respon­sibility lies to protect human rights in case of violation by businesses.6Definitions developed on regional and global levels
Beside UN law, other bodies, both at regional and global level, have also developed definitions related to legal identity. These definitions may also be used as a possible source of law.
One of such instruments is the Council of Europe’s recommendation Rec(2005)7 of the Committee of Ministers to Member States concerning identity and travel documents and the fight against terrorism. In the appendix, the following definition of identity is given for the purpose of the recommendation only: “Identity means a unique combination of characteristics relating to every natural person – such as last name, first name, date and place of birth, gender and physical characteristics – that, in accordance with national law or international law where appropriate, permits his or her identification by the competent authority.”7
ICAO Document 9303 lays down the definition of identity as: “the collective set of distinct personal and psychical features, data and qualities that enable a person to be definitively identified from others.” In a biometric system, identity is typically established when the person is registered in the system through the use of so-called ‘breeder documents’, such as a birth certificate or a citizenship certificate.8
In the context of efforts of the international community to strengthen elements of identity of the most vulnerable category, i.e. children, it is meaningful to mention the UNHCR Guidelines on Statelessness on Ensuring Every Child’s Right to Acquire a Nationality through Articles 1-4 of the 1961 Convention on the Reduction of Statelessness.9
Among the instruments with a broad impact, it is necessary to mention the legislative framework of the International Commission on Civil Status, with its immense practical work enshrined in 34 conventions and 10 recommendations.10

Furthermore, in the last twenty years the Council of Europe has adopted two conventions related to nationality: the European Convention on Nationality and the Convention on the Avoidance of Statelessness in relation to State Succession. Both treaties fill the gap of the European Convention on Human Rights with regard to the right to a nationality. The convention on nationality presents pan-European codification on nationality matters, and also provisions on the loss of nationality (Article 7) in case of fraudulent conduct, false information or concealment of any relevant fact attributable to the applicant.16 This is the only situa­tion where statelessness (de jure) is allowed; there are known cases from the State practice of persons who were naturalised and have lost their nationality by means of deprivation due to alleged violation of the said provision, related to the legal identity and the name used on the application form supported by the documents issued in the country of origin.
Although EU Law does not specifically address legal identity, Article 24 of the Charter on Fundamental Rights stipulates the general principle about the protection and care necessary for a child’s well-being, while in Article 7 the right to respect a person’s private and family life is laid down.17 Many of the decisions of the European Court of Justice are in correlation with the violation of the fundamental right of freedom of movement of EU citizens (Article 20 of the Treaty on the Functioning of the European Union).18
Apart from the narrow right approach concept related to personal (legal) identity in normative practices of the EU, the EU Regulation known as eIDAS needs to be mentioned. This regulation on the electronic identifica­tion and trust services for electronic transactions in the European internal market allows people and businesses in those Member States that offer e-identification to use their own national identification schemes to access public services in another Member State.

Case study: the digitalisation of the Slovenian civil status register and population register
The Republic of Slovenia has a population of two million, with another 25% living abroad.20 The country gained its independence in 1991, having had a robust legislative basis with historical roots in the Military Conscription Patent of the Habsburg Monarchy, to which it belonged from the mid-14th century until 1918. This law introduced the registration of data, such as a per­son’s name, date of birth, names of their parents and house number. Since 2005, the country has demonstrated a successful path to a digital form of processing civil status data.
The current identity management system in the e-civil status register is linked to the central population register and its subsystems: the citizenship register, the register of residence permits for foreigners, the identity card register and the passport register. Article 2 of the Law on Personal Names stipulates that a person’s name is used for the differentiation of natural persons; it entitles a natural person to an identity and serves to protect their personality and dignity. Article 6 of the Law on the Central Population Register explains the purpose of a personal identification number: a unique number which serves to identify a natural person.

The current system enables high-quality data, which can also be used for vital demographic statistics. These statistics are used for e-registered censuses, without the need for any action of the inhabitants themselves. With the transition to this type of census, Slovenia joins a number of countries that have already implemented this method of collecting and processing data, such as The Netherlands, Finland, Iceland, Belgium, Sweden, Austria and Norway.21

Nexus between migration and ID documents, freedom of movement and rule of law
The accuracy of civil status data strikes a balance between the legitimate interests of the individual versus the State. In order to accomplish the rights of nationals, the State must provide a functional, reliable, accountable and operational civil status data manage­ment system. Such a system enables the functioning of the State in many sectors of public life, and the data it contains form the basis for democratic processes in society, including elections and the political participation of its citizens.
Freedom of movement is recognised as one of the fundamental rights enshrined in international law. However, if an ID document of someone wanting to enter a State’s territory contains poor identity data (either an administrative error or fraud) that State may refuse entry.

Conclusion
There is a need for a harmonised universal definition of legal identity, which will cope with the current rapid technical developments. It should anticipate the full scale of changes of legally relevant circumstances from birth to death, such as citizenship, personal identity number, name changes, affiliation, divorces and recognition of paternity. Goal 16.9 of the Sustainable development goals about legal identity for all by 2030, presents a challenge for developing countries to develop and align their capacities which are needed for digitalisation of their national systems of civil status registration. Introduction of a universal definition of legal identity could ease this process and introduce more clarity concerning ‘who is who’ at national, as well as on a global level.

The efforts of a number of global actors in this field clearly pave the way towards a more coherent concept of legal identity, as a response to the challenges related to new technologies:

Only through the cooperation of all actors: govern­mental, intergovernmental and non-governmental, academia, civil society and business communities, can current gaps be bridged. 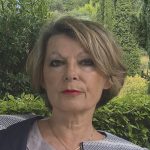 Alenka Prvinšek Persoglio started her career in 1980 in the Ministry of Internal Affairs of the Republic of Slovenia, and was appointed State Under­secretary for Migration and Naturalisation in 2001. She represented her country in the Committee of Experts on Nationality of the Council of Europe and chaired the working party that prepared the draft Convention on Nationality on Avoidance of Statelessness in Relation to State Succession.
In 2004 she joined the International Centre for Migration Development Policy in Vienna where she worked as a Senior Policy Advisor until 2013 when she co-founded
the international NGO Interact4c, which deals with the formulation of policies in matters on civil status.