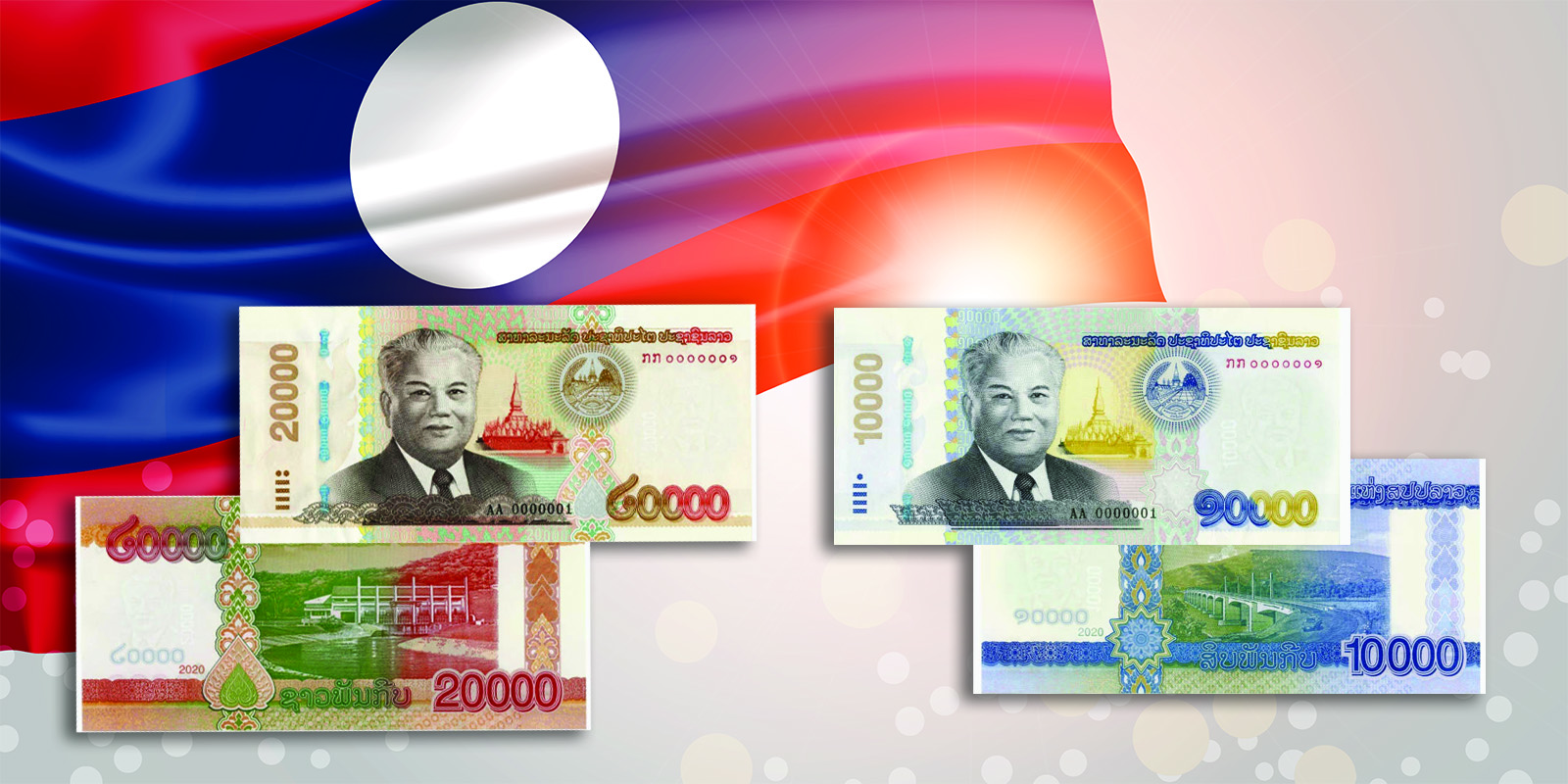 The Bank of the Lao People’s Democratic Republic issued upgraded 10,000 Kip and 20,000 Kipbanknotes in late October 2022. The new notes, which are part of the 2020 Series (and are dated as such), have a new, fresh look (compared to the previous series dated 2002) and are designed to be more easily distinguished from other denominations. The banknotes also have several security features that make them harder to counterfeit.

The new banknotes are printed on cotton-based paper but have an improved varnish that is applied after printing. Another difference is that the length (from left to right) of the notes differs, to prevent the notes from becoming worn out or frayed when they are handled together. The 10,000 kip note measures 153mm in length, while the 20,000 kip note is longer, at 156mm.

The new banknotes have a modern, more attractive design. They have new colour schemes and imagery that reflects national pride, as is evident in the following images.

This side of the note has a colour scheme of violet blue and yellow and features a portrait of President Kaysonne Phomvihane and a temple.

The reverse side is in shades of violet blue and olive green and depicts the Thai-Lao Friendship Bridge.

The predominant colours on this side are violet blue and multicolour. The main image is of President Kaysonne Phomvihane, along with a temple.

The colour scheme on the reverse side is red and green, and the main image is of the Theun Hinboun Hydroelectric plant.

Both banknotes have been equipped with new or updated security features, such as:

The new banknotes can be used alongside the previous 2003 notes, which will remain in circulation and are valid as legal tender.