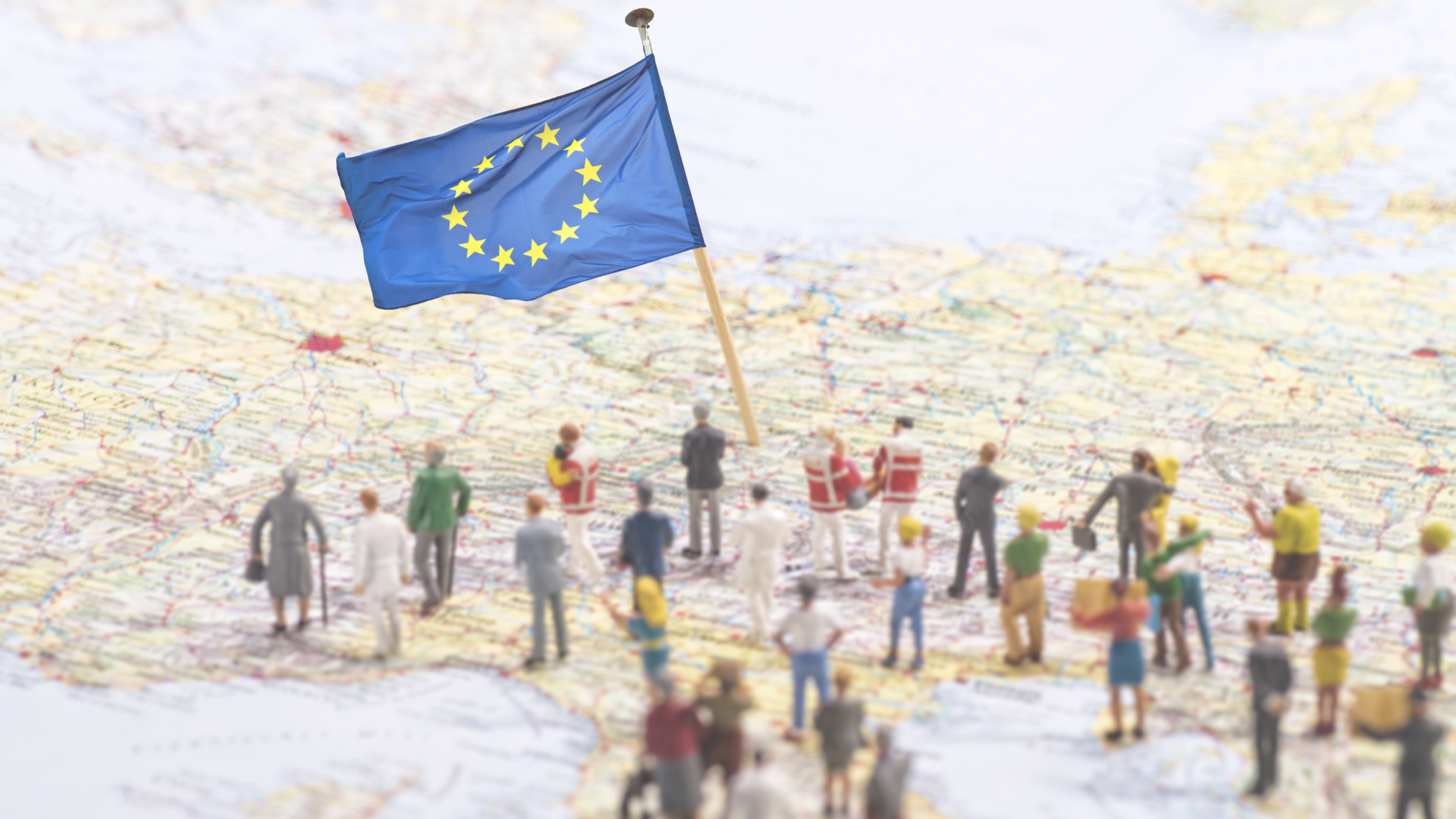 After the Second World War, Europe was troubled. Two bloody wars had been fought on the continent. European countries had been making war against one another since the Middle Ages. The relations between the countries were poor. After two catastrophic world wars, the European leaders decided that the only way of preventing war in Europe was to start to cooperate.

This cooperation began in trade and economy. Germany, France, Italy, Belgium, the Netherlands, and Luxembourg settled their most significant disagreements and started cooperating in the production of coal and steel. The European Coal and Steel Community (ECSC) was founded. Britain was invited to participate, but it refused on the grounds of national sovereignty.

It was in 1953 when Jean Monnet handed over the first European passports (Laissez-Passer) to several of his organisation’s staff so they can freely (without the need of visas) pass borders to these six countries. (Only in 1956, for example, Germans were able to travel visa-free to 21 countries.)

Monnet said: “I am happy to see here the representatives of the Community institutions, as well as Mr. Kunnen, Director of the Luxembourg Customs, and Colonel Gilson, commander of our Luxembourg gendarme forces, who will be responsible for giving instructions to make sure that the holders of these passports can cross borders as freely as if they were citizens, not just of Luxembourg but of all the Community countries. As you know, the Coal and Steel Community has already established the free movement of goods between the six Community countries. Today, however, it embarks on something which is at least as necessary: the free movement of persons.”

Monnet is regarded by many as the chief architect of European unity and is considered to be one of its founding fathers. In 1952, he became the first president of the High Authority.

In 1992 the Community members agreed on even closer cooperation. The European Community was renamed the European Union (EU). As the agreement was signed in the City of Maastricht, the treaty establishing the EU came to be known as the Maastricht Treaty.

The Laissez-Passer issued by the European Union is a secure e-travel document. It is recognised as a valid travel document by the authorities of the Member States. It can also be recognised as such, through the necessary agreements, by third countries for border crossing and within their territory.

Council Regulation 1417/2013 confers to the Commission the role of a central point in particular for personal data processing purposes. Inter-institutional discussions have resulted in a confirmation of this central role to create synergies and to alleviating costs. Three enrolment locations placed respectively in Brussels, Luxembourg, and Frankfurt are available for all European Institutions and coordinated within a single issuance system run by the Commission. They ensure the capture of the applicant’s biographical and biometrical data before dispatch to the external contractor for personalisation of the booklet via the Commission LP service in Brussels.

When recognised as a valid travel document, the Laissez-Passer can trigger the delivery of visas for free. In some instances, notably for certain EU Delegations, the visa may be issued in the Laissez-Passer itself. Sometimes it is even an obligation to do so. The increase in the number of its visa pages will facilitate this practice.

The Laissez-Passer has a validity of a maximum of six years.