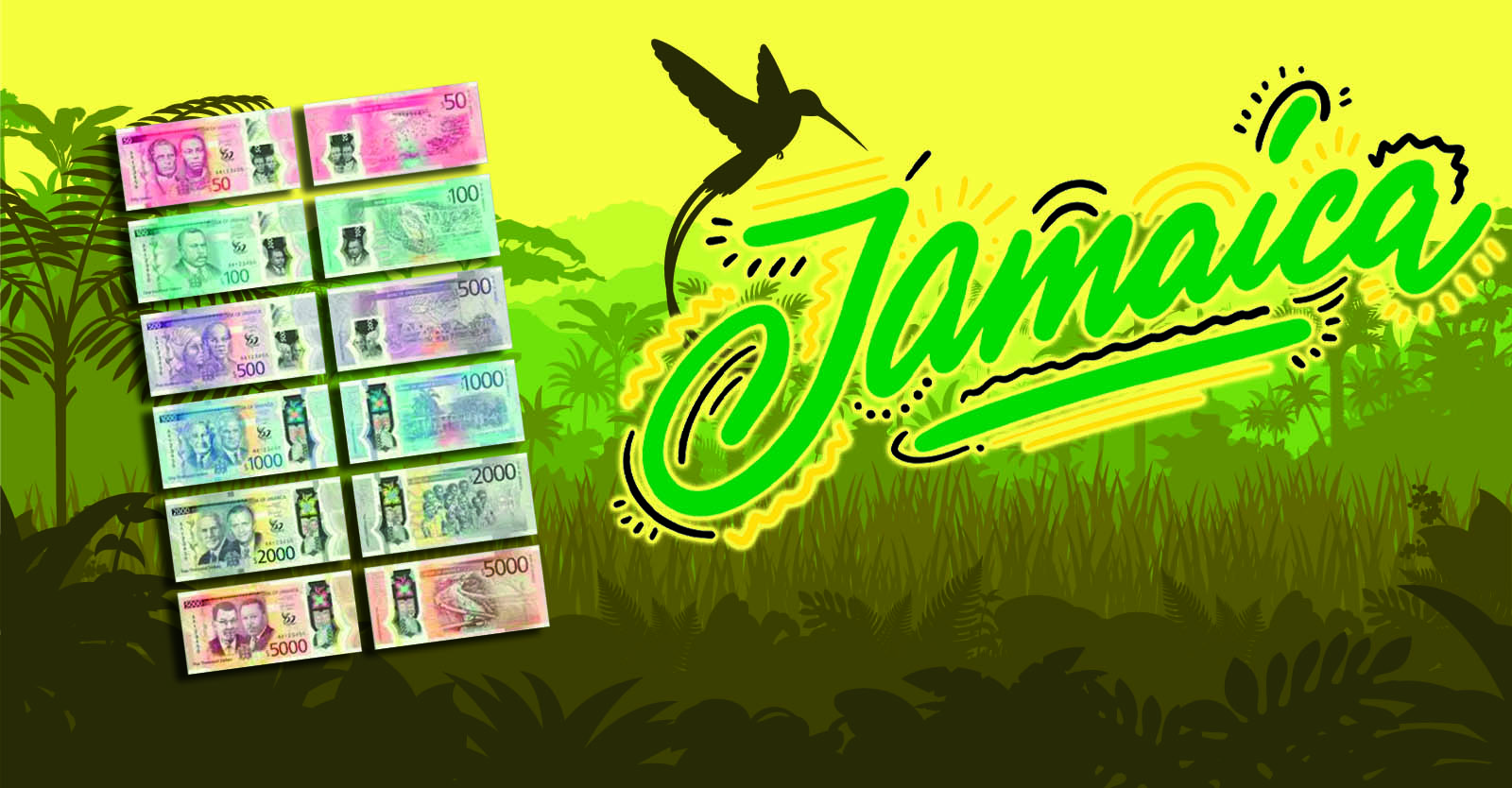 The Bank of Jamaica unveiled a new series of Jamaican banknotes, to be issued in late November or early December 2022. The announcement, as well as preliminary images of the new notes, came in a press release in early March. The new series includes six denominations, including a new denomination of $2,000.

The Bank has stated several objectives for the design, materials, and denominations of this new family of banknotes, which we will outline in this article.

The $1,000 note is the most heavily used denomination in the current series, to the point of over reliance. The next highest denomination in the series is the $5,000 note, which consumers don’t seem as keen to use. This over reliance on one denomination creates inefficiencies in the system. To remedy this problem, the bank will add a new denomination of $2,000 in the new series, thereby improving efficiency in the currency structure. When consumers replace the $1,000 note with the $2,000 note, fewer banknotes overall will be needed to settle cash transactions. Upgrading from paper to polymer

The new banknotes will be printed on polymer substrate, which is more durable than the paper substrate of the current banknotes. This change will extend the average circulation life of the banknotes by at least 50%. This will, in turn, result in cost savings for the bank, as it won’t need to reprint currency as often.

Another benefit of the polymer substrate is that it will improve the durability of the tactile (raised) features that help the visually-impaired identify banknote denomination by touch. These special features tend to “wear off” on the current paper banknotes.

Creating distinction between two “look alike” denominations
Members of the public have complained that Jamaica’s current $500 and $5,000 banknotes are hard to tell apart, especially in low-light conditions. The redesigned notes will be given distinctive colours so that each denomination will be easy to identify.

Whose face appears on the face of each banknote?

Each denomination in the new series will feature, on its face, two individuals, paired according to their contribution to Jamaica, and categorized as Freedom Fighters; Black Empowerment/Pan Africanist; Fathers of the Nation and Nation Builders.

The new banknotes will be available to the public in the last quarter of this year. They will gradually replace the current series of banknotes that are used to conduct daily transactions.