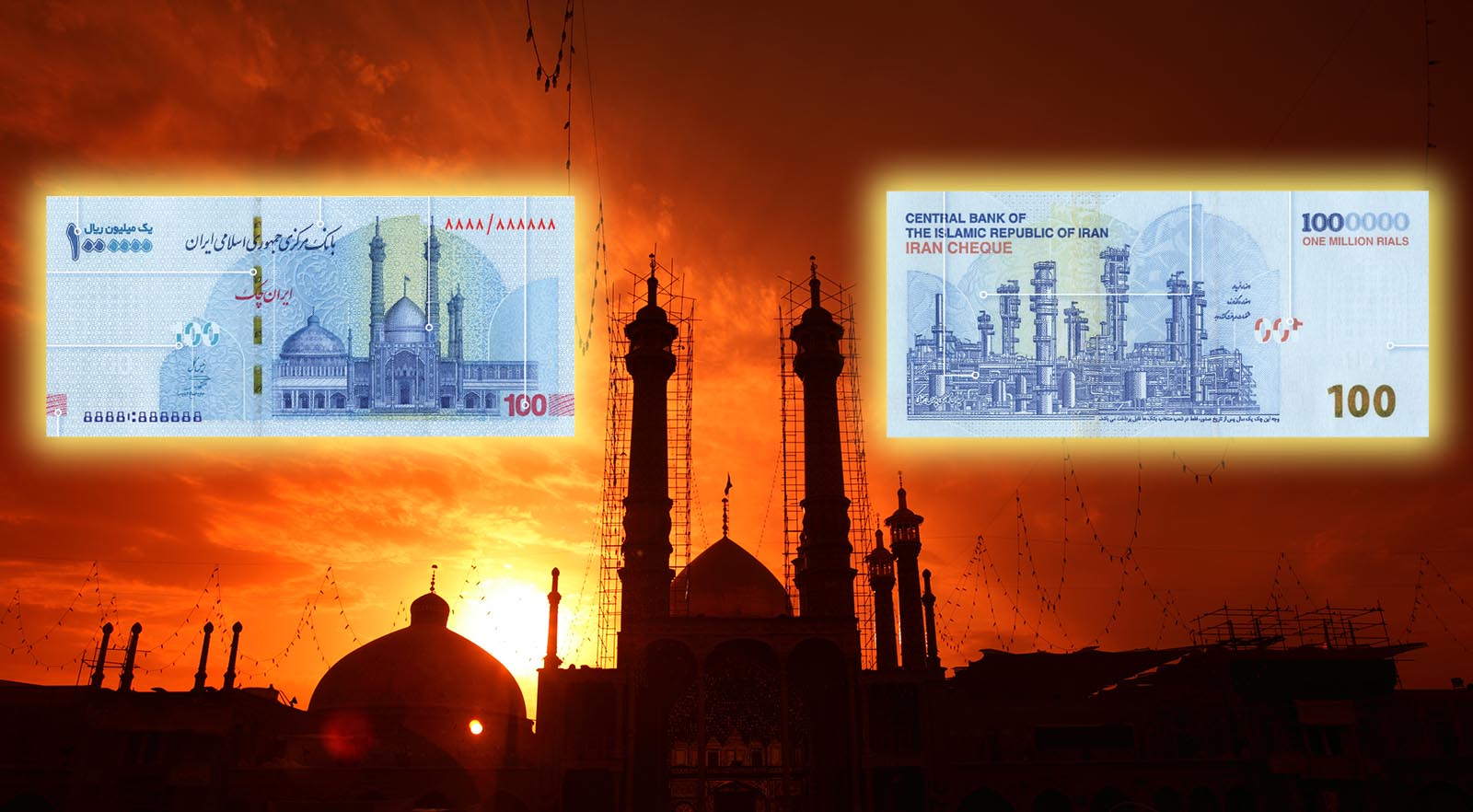 The Central Bank of the Islamic Republic of Iran (CBI) put a new banknote into circulation on 12 September 2022. The one million-Rial cash cheque is the latest in a series being issued during Iran’s transition from the currency name Rial to the future name: Tomana. The 1,000,000-Rial cheque serves as an emergency currency and is not valid as legal tender.

During a multi-year period of currency reform, Iran is issuing interim banknotes, each with a dual denomination of Iranian rials (with phantom numbers) and tomancers (tomans). For all notes in the interim series, the conversion rate is 10,000 rials = 1 toman. Thus, the newest note will represent dual denominations: 1,000,000 rials and 100 tomans.

A closer look at the new note

The new 1,000,000-Rial cheque is printed on paper (cotton) with embedded fluorescent fibers. Each note measures 156 x 71 mm. The primary color scheme of the new note is blue.

The main image on the front side depicts the Fatima Masumeh sanctuary in Com, considered by many to be the second most sacred city in Iran. All text on this side of the cheque is in Farsi, including the name of the bank. At the top right is a red serial number in Farsi numerals. A serial number in blue Western numerals appears at the lower left corner. The denomination “100” (tomans) appears in red at the lower right corner.

Security features on front side include the following:

The primary image on the reverse side of the cheque is of the processing plant South Pars gas field, captioned in Farsi. All other text on this side is in English. The denomination “100” (tomans) appears in the lower right corner. At the top right are a numerical and word face value in Farsi, a pronounced “one million rials” (100) and a more subtle (phantom) four zeros.

Security features on back side include the following:

Iran’s Interim banknotes: a bridge to the future

Interim banknotes of the Iranian rial and emergency cheques issued starting in 2019 are temporary currency. The process of moving toward permanent toman notes will likely be completed within two to five years.