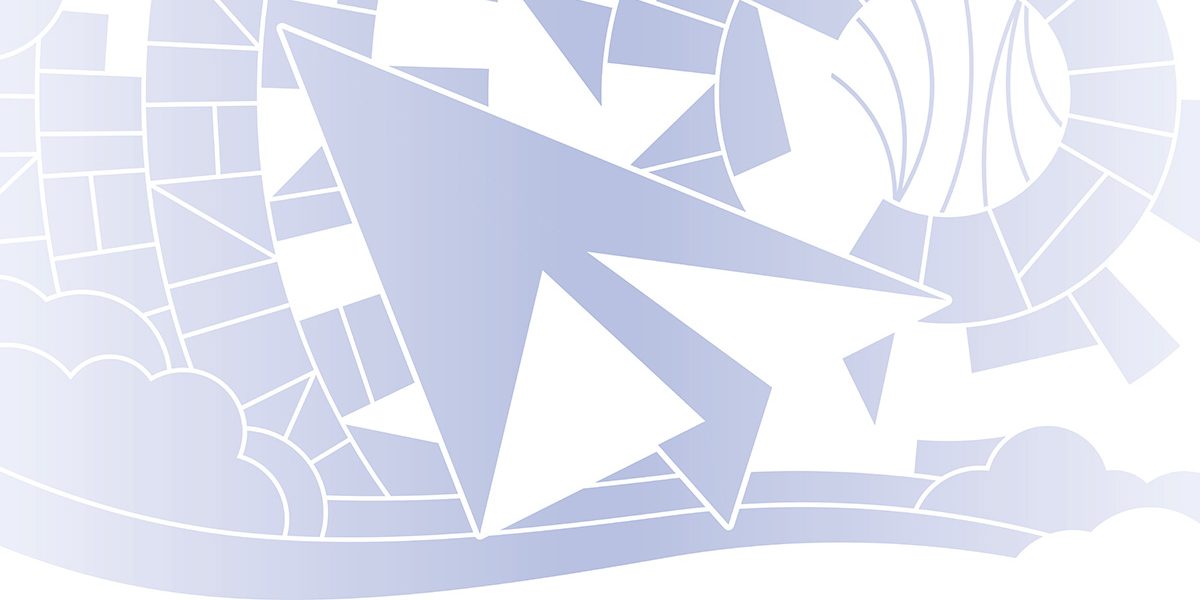 The first three papers in this series described how counterfeiters reverse engineer security document artwork[1] and proposed security design methods that interrupt plate artwork separation using monochromatic design[2] and ink opacity[3] customisation. In Part 4, traditional split fountain printing[4] was adapted to resist artwork reverse engineering by using split fountains to increase the ink opacity gamut while simultaneously concealing the presence and configuration of the splits. This paper proposes a companion design strategy in which the split fountains are not concealed.

As in previous papers, the theoretical concepts presented below require adaptation for actual press work. Quality control, inspection, plate registration and other real-world considerations are not addressed in this hypothetical model. For ease of explanation, the combined opacities of sequentially-applied layers of ink will be treated as if they are linearly additive regardless of print order, ink layer thickness and other factors, though this cannot be assumed. Further, the ink opacities described below have been contrived so that they sum conveniently to 100%; again, this is for purposes of explanation. These opacities will not corre­spond to optimal ink choices for real printing workflows.

For example, true split fountains in typical genuine security documents (and some sophisticated counter­feits) show a smooth, continuous transition from one colour of ink to another. An example is the genuine document shown in Figure 1, which shows a split foun­tain transition from green ink on the left to brown ink on the right. The green and brown inks are blended together in the press before being printed from a single printing plate, so the transition between the two colours is seamless across the plate artwork. In contrast, a counterfeiter without access to split fountain capabili­ties may simulate the visual effect of the split fountain by printing the design with two separate printing plates in two separate printing steps, with one plate for each colour.

For example, in the counterfeit shown in Figure 2 the green and brown prints are not in register with one another, which presents as a double image in the letter ‘U’ and nearby areas where the green and brown impressions are not well-aligned. The presence of the split fountain in Figure 1 drives the need for the method of simulation shown in Figure 2, and allows for its use as a counterfeit detection point. Other methods of simulating split fountains include digital printing, as shown in Figure 3, which exhibits the pattern of cyan, magenta, yellow and black (CMYK) process colour dots that is typical of digital counter­feits.

Although coloured dots are a feature of process colour counterfeits even in documents that do not contain split fountains, the split fountain contributes additional value because the printing device must simulate a continuum of colours, which can help increase the visibility of the dots and make detection easier.

Figures 1 through 3 illustrate that split fountains can be inspected for the presence of a seamless microscopic transition between colours, and that the presence of double images or coloured dots in the area of the split can indicate a counterfeit. This traditional approach suggests that split fountains should be incorporated into documents in obvious ways that make them easy to locate and examine. However, Part 4 of this series argued that it was desirable to conceal the presence and placement of split fountains, because concealing the splits helps to obfuscate the plate artwork and press setup, which inhibits artwork reverse engineering. In the following discussion, these competing priorities will be reconciled in a design that includes obvious splits that can be inspected microscopically, but which simultaneously conceal the real split fountains in the press configuration.

Simulation of non-split fountains
This section describes how certain paired split fountain configurations can simulate the presence of non-split ink stations, making it appear that the press setup includes up to three fountains that print ink of constant opacity. Assume the availability of a four-station offset press, with the physical split fountain hardware configured the same way in each station. Figure 4 shows the distribution of ink densities across the width of the form rollers in each of the four stations. The first plate shows a split fountain transition between inks of 44% opacity at the edges and 18% opacity at the centre, the second plate between 18% and 44%, the third plate between 30% and 8%, and the fourth plate between 8% and 30%. Note that Figures 4 through 6 depict only the placement and distribution of ink opacities across the width of each fountain, and do not include plate artwork designs.

The first two stations contain the same pair of inks (44% and 18%) but the inks are placed in opposing positions, such that the first station has the 44% ink at the edges and the 18% ink at the centre, and the second has the 44% ink in the centre and the 18% ink at the edges. The third and fourth stations are similarly opposites of one another (but using 30% and 8% opacity inks). Given previously stated assumptions that for this explanation ink opacities add linearly when overprinted, printing these opposing pairs together mimics the presence of one station that prints a single constant opacity. For example, Figure 5 illustrates how overlapping the first two stations approximates a constant opacity of 44% + 18% = 62%, and the third and fourth stations combine to approximate a constant opacity of 30% + 8% = 38%. In concept this is true across the full width of the fountain, since where one plate of the pair prints ink of a higher opacity, the other plate prints ink of a lower opacity to compensate. If all four stations are similarly overprinted, the inks theoretically approximate a constant opacity of 100% (44% + 18% + 30% + 8%). The placement and width of the physical split fountain hardware must be identical in all four fountains for the opacities to approximate 100% at all horizontal points in this model.

In the previous section, the paired split fountains could approximate three flat opacity levels (38%, 62% and 100%, using the arbitrary opacities in the example), but as many as eight false split fountains can be mimicked by overprinting two or more split fountains that are not configured with opposing ink placements. The eight combinations are shown in Figure 6, and result from overprinting of any two or three stations other than the paired opposites shown in Figure 5. In some cases, the opacity change of the combined split fountains in Figure 6 is in the same direction, resulting in a combination that shows even larger opacity differences than the individual fountains (for example, 26% to 74%). In other cases, the splits partially compensate for one another and almost simulate a constant opacity (for example, 48% to 52% is hardly a change at all). Again, the opacities and math used above are for descriptive purposes only, and would have to be optimised for use with actual designs and real printing workflows.

A design example
The sections above have described how four mono­chromatic split fountains can be combined in different ways to simulate the use of eleven stations that do not actually exist in the press setup: three fountains containing non-split ink (Figure 5), and eight false split fountains (Figure 6). Figures 4 through 6 focused on ink distribution within the press and circumvented a detailed discussion of the artwork. To introduce the critical role of artwork in this strategy, Figures 7 through 12 demonstrate an example security design concept that has several distinctive characteristics.

First, the real split fountains on the press (shown in Figure 4) are not visible anywhere in the composite artwork in Figure 11, which is the sum when Figures 7 through 10 are printed together. Stated differently, every artwork element shown in Figures 11 and 12 is printed from two or more plates, which prevents a counterfeiter from seeing any part of a single plate design in isolation. Second, Figures 11 and 12 appear at a glance to contain more than four printing plate images, and the design shown in Figures 11 and 12 draws entirely and only from the eleven combinations shown in Figures 5 and 6. Third, because the concept of Figures 7 through 12 is designed to put the false split fountains on display for visual inspection, the artwork contains some large, continuous horizontal designs. For example, the paper airplane is made only of the three flat non-split opacities produced by the combinations shown in Figure 5, and the continuous waves at the bottom of the image include several of the eight false split fountains shown in Figure 6. Continuous horizontal designs were identified as a reverse engineering risk in earlier parts of this series, because counterfeiters can trace them to distinguish between the artwork on different plates. However, some use of larger continuous designs is appropriate here to allow the split fountains to be viewed over longer horizontal widths.

Because of the presence of the hard white borders surrounding the individual shapes, actual printing of the design shown in Figures 7 through 12 would be highly dependent on accurate registration, though this artwork is only for discussion and actual security artwork could be designed to be more tolerant of registration variations. The illusion of eleven fountains could be revealed by examining microscopic registra­tion differences that would occur naturally in a hardcopy print of Figure 11, though detailed reverse engineering would still be difficult; counting plates is just one step of successfully working backward from Figure 11 to replicate Figures 7 through 10. The waves in Figure 11, which make use of overt split fountains, could be combined with other artwork styles that deliberately conceal the presence of the splits (such as the sky pattern in Figure 11, or the square design presented in Part 4 of this paper series) such that the total artwork incorporates both approaches.

Title: How To Protect Your Smartphone – Part 2