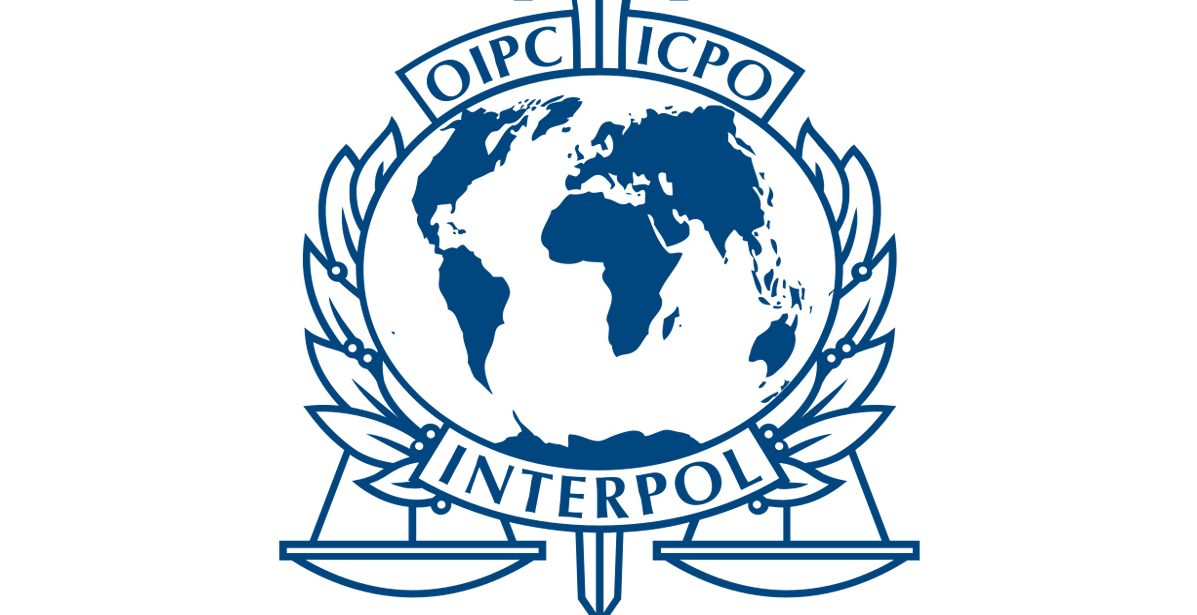 The primary responsibility of all law enforcement officials assigned to INTERPOL is to abide by and enforce INTERPOL’s charter and reciprocal agreements with the member countries. One of Jamil Darwish’s primary concerns as Chief of FHT/CSDB is to ensure that the services provided by the Branch to the member countries are effective and address the prevailing issues law enforcement encounters in combating counterfeit currency, security and travel documents, as well as financial crime, with the resources available.

Towards that end he has taken a holistic approach and has attempted to develop a comprehensive strategy for FHT/CSDB in addressing worldwide issues. Consequently, the programmes that he has either expanded upon or created are those that he considers to be wide-reaching, inclusive and effective, while at the same time making every effort to communicate them to relevant institutions and organisations within the member countries.

S-Print
In Darwish’s opinion, one of the most effective programmes that he has expanded upon is the so-called ‘S-Print’ programme. This programme is a prima facie example of the high level of cooperation between law enforcement and private industry. S-Print is an international monitoring system on the security printing industry and suppliers, including the control of second hand intaglio machines and the verification of suspicious purchase orders. S-Print has its genesis in two international resolutions from 1987 and 2002 respectively, which state the following:

CONSIDERING that intaglio printing constitutes an effective means of protection against the risk of banknotes being counterfeited, HAVING NOTED that used intaglio printing presses have been sold on the second-hand market, DRAWS THE ATTENTION of banknote manufacturers and of the appropriate authorities to the risk that the market in second-hand intaglio presses may constitute; RECOMMENDS that appropriate control systems be set up in the countries concerned.
and
RECOMMENDS that banknote security printers as well as security substrate producers, when receiving an order for banknotes and/or security substrate and inks, take the necessary steps to verify with the issuing institutes or INTERPOL General Secretariat, through the NCBs, the bona fide status of the order.

As a consequence of these resolutions, Project S-Print was developed. Essentially, those high-security print companies that are members of INTERPOL’s Project S-Print contact FHT/CSBD when they receive a suspicious order from a potential client with whom they are unfamiliar. Subsequently, FHT/CSDB, through the relevant INTERPOL National Central Bureau (NCB), forwards the information to the law enforcement agency in the country in question to determine the bona fide status of the company. Should it be legitimate, the transaction can proceed without issue. However, as is occasionally the case, an illegitimate company will attempt to obtain security grade materials that are necessary to produce very good counterfeit currency and/or travel and identity documents. Accordingly, the transaction is suspended by the Project S-Print partner company.
When this occurs, law enforcement, the company involved and of course the general public, all benefit as the production of a potential counterfeit was prevented before it could begin. Project S-Print therefore provides an added value in the deterrence against counterfeit currency, travel and identity documents, and affords private industry an additional level of corporate responsibility to the community.

INTERPOL’s Birth Certificate Initiative
INTERPOL’s FHT/CSDB has also embarked on a programme titled ‘INTERPOL’s Birth Certificate Initiative’. FHT/CSBD’s interest in birth certificates is two-fold. First, it is a moral issue that every child should have a birth certificate. The lack of a birth certificate places a child’s access to basic social services such as education and health care at risk. The lack of an identity that begins at birth follows the child to adulthood, making it difficult for them to eventually gain employment, engage in marriage, and obtain a passport. Moreover, birth registration provides a measure of protection against violence, abuse, neglect, sexual exploitation, discrimination and identity theft. Children without birth certificates are prime targets for trafficking and exploitation. Also, those individuals without an identity are more likely to assume the identity of another because they do not have an official document themselves.

Second, it is a law enforcement issue. Birth certificates are breeder documents from which all documents in someone’s possession begin. Consequently, criminals have been using counterfeit or forged/altered birth certificates to obtain genuine government issued travel documents. For many years countries have invested time and money in developing increasingly secure travel documents. They have incorporated a plethora of security features in machine readable e-Passports, including biometrics. A great many countries can take pride in the current generation of ICAO-compliant travel documents as being the best and most secure to date.

Counterfeit and Security Documents Working Group Meeting
Acknowledging this issue, from 31 March – 2 April 2010 FHT/CSDB hosted a conference titled ‘Counterfeit and Security Documents Working Group Meeting’ at INTERPOL’s General Secretariat in Lyon. One of the objectives of the conference was to work with INTERPOL’s partners and subject matter experts to discuss and recommend solutions to the current situation regarding birth certificates. Essentially, the conference was a platform to exchange ideas and information on the methods by which the international community can efficiently incorporate security features into birth certificates and examine the effects and cost implications of said security features. The exchange of information between law enforcement, government agencies, and private industry regarding security features for birth certificates and child birth registration was invaluable. Being fully aware of the importance, complexity and enormity of this issue, FHT/CSDB is continuing to work hard on this extremely important topic with its partners.

INTERPOL Travel Document and ID Reference Centre
As a consequence of the importance of travel documents and in order to address a growing problem for police and government organisations charged with checking travel or identity documents, FHT/CSDB has embarked on a programme to inform and assist member countries to identify travel and identity documents. FHT/CSDB and INTERPOL’s Database Management Branch have developed a platform called the ‘INTERPOL Travel Document and ID Reference Centre’ (figure 2). This platform is the beginning of a long-term project to allow users requiring information regarding travel, identity and security documents to consult one web page for all their needs. It will contain information regarding genuine, altered, counterfeit and stolen travel documents.

From this web page, law enforcement and border control officers can check the details of the travel or identity document in their possession against the security features of the genuine document. If they determine it is a counterfeit, he or she can also query previous counterfeits that have appeared elsewhere in the world. Additionally, INTERPOL’s Stolen and Lost Travel Document Database1 and Tdawn2 will be accessible from this platform which became available on 5 July 2011 for all member countries; however, it will be approximately another year before all the databases on the platform are fully operational and accessible.

Other FHT/CSDB services
Although FHT/CSDB has embarked on many projects it continues to provide assistance to the member countries by providing the following regular services:

• Currency bulletins
A publication posted monthly with the assistance of our member countries and their respective national central banks, which provides information and specific details about the genuine currencies circulating within the ICPO community.

• Counterfeit alerts
A posting of newly discovered counterfeit currencies (non-US Dollar and non-Euro) along with a detailed forensic analysis to warn a specific region of the ICPO community about the potential impact.

• Counterfeit currency list
A list to disseminate information on known counterfeits regarding the other currencies of the ICPO community (non-US Dollar and non-Euro) which have also exhibited a global impact as well as global circulation.

• Training
FHT/CSDB is also involved in providing the member countries with training in methods of detecting and the examination of counterfeit currency, travel documents and methods of financial crime and counterfeit currency investigations.
INTERPOL’s FHT/CSDB attempts to be proactive in their efforts to combat international counterfeiting and financial crimes and to involve as many concerned parties as possible. Public/private partnerships are very important, and so are conferences that bring diverse groups of people together to solve a problem. INTERPOL’s greatest advantage is the ability to bring different people together and to capitalise on the creative energy that develops when many diverse people and cultures are mixed together.

This is an age when the most valuable asset any organisation can have is the ability to be creative – to spark and imagine new ideas to solve today’s problems. The many successes that FHT/CSDB has enjoyed are a direct consequence of this creative energy. Law enforcement, public institutions and private industry all have various levels and types of expertise that collectively make important contributions to fighting international crime. INTERPOL’s strength lies in its ability to work with its various partners, and to cultivate relationships in different fields to address the prevailing issues relating to the fight against international crime. 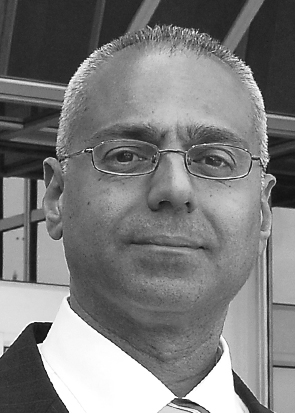 Jamil Darwish has worked for the US Secret Service for 18 years. He was initially assigned to the New York Field Office where he investigated various financial crimes and counterfeit currency cases. He was subsequently assigned to the Presidential Protection Division in Washington DC before being transferred to US Secret Service Headquarters. He has taught financial crimes and counterfeit currency investigations at the International Law Enforcement Academy in Botswana. He is currently the Branch Chief for INTERPOL’s Counterfeit and Security Documents Branch in Lyon, France.