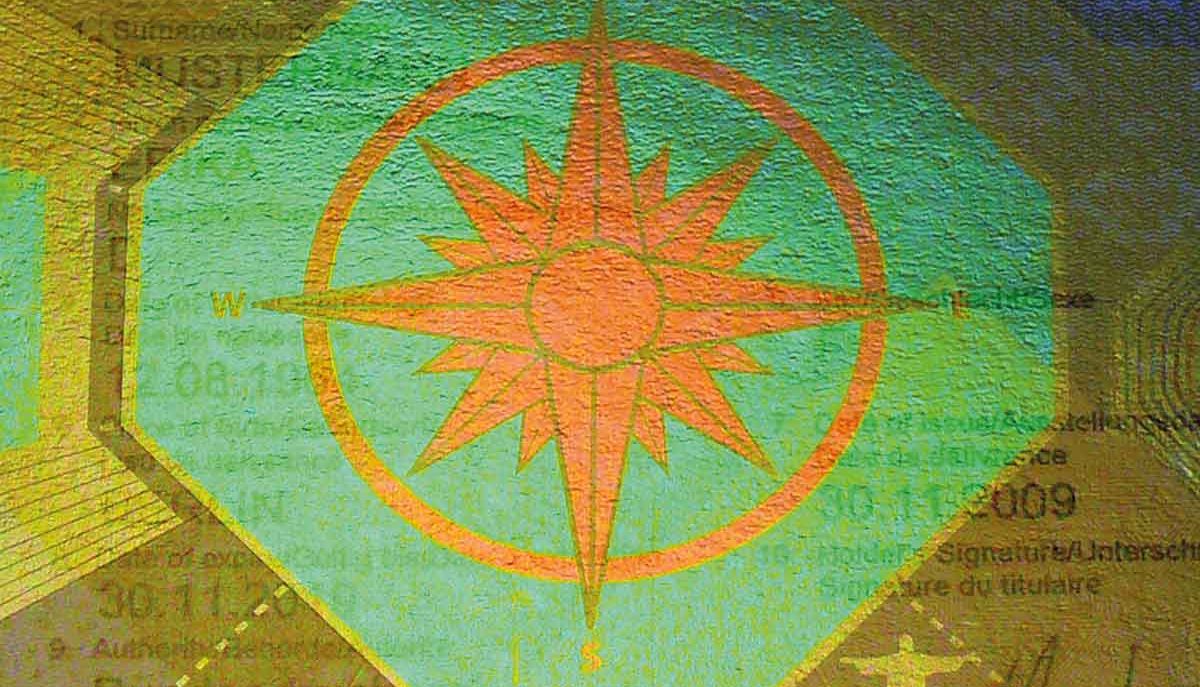 It might be more than 65 years since the invention of the hologram but today the technology remains a potent weapon in the ongoing battle against the counterfeiters and organised criminal gangs seeking to take control of a multibillion dollar trade in illicit passports, driving licenses and other fake ID documents. Ian Lancaster, general secretary of the International Hologram Manufacturers Association (IHMA), charts the rise of ID holograms over the last three decades since the first passport applications, before turning the spotlight on some of the latest developments which will ensure holography remains a relevant and added value solution well into the future.

Security standards
In 1999, the European Union drafted security standards for passports which, in 2004, were incorporated with EC Resolution No 2252/2004 for minimum standards. These stipulated that: “an optically variable (OVD) or equivalent device, which provides the same level of authentication and security as currently used in the uniform visa format, shall be used on the biographical data page and shall take the form of diffractive structures which vary from different angles incorporated into the hot-sealed or an equivalent laminate (as thin as possible) or applied as an OVD overlay, or stickers on a non-laminated paper inside page (as metallised or partially demetallised OVD with intaglio overprinting) or equivalent devices.”

ICAO Doc 9303
Another major driver for the inclusion of holographic technology on ID documents came in 2002 when the International Civil Aviation Organisation (ICAO) specified that passports should feature optically variable devices like holograms to combat counterfeiters, particularly in the wake of 9/11. ICAO Doc 9303 states that: “when the biographical data page of a passport book is protected by a laminate or overlay, an optically variable feature (preferably based on diffractive structure) should be integrated into the page. Such a feature should not affect the legibility of the data. The inclusion of a diffractive optically variable feature is recommended to achieve an enhanced level of protection against reproduction.”1

Present
With the regulations governing passport standards within the European Union specifying holograms, plus ICAO also stipulating an optically variable device, the technology is increasingly appearing as one of the front-line weapons in thwarting passport counterfeiting, with the majority of these being the diffractive version. Today, an estimated 80 countries feature holograms on their national passports. According to a survey conducted by Keesing Reference Systems and presented in Dubai last year 2, 55% of the passports are now protected by an OVD, and of these 67% are DOVIDs.

The overall production of passports is estimated to be 150-300 million per year. This may fluctuate annually, but is undoubtedly set to continue growing as populations increase, and escalating numbers of people travel abroad. This allied to the fact that all ICAO member States must now issue machine readable passports with ICAO recommending the use of OVDs, all but guarantees a growing market for holograms. Local factors can also contribute to growth in the number of passports, such as the requirement for travellers between the USA and Canada to have a passport, not just a driving licence or other ID, as has been the case up until not so long ago.

Security shield
The role of a hologram on a passport or other ID document is principally to shield against the forgery of the photograph and personal data, otherwise known as the ‘variable information’. However, the ability of the hologram to provide effective protection lies in the continuous innovation, invention and evolution of holographic techniques. Both optical effects and material science techniques have created authentication devices that are easily recognised yet difficult to copy accurately. They can be safely integrated within the production process and stand up to the rigorous demands of being in use for a period of anything up to ten years.

Of course virtually anything can be copied, and the holographic industry continues to work hard to get the message across that even the most sophisticated holograms can be reproduced to some extent. The real debate is just how accurately can holograms be copied? The answer is not very accurately at all, and this is where the real value of holograms designed for security applications should be appreciated. The intrinsic features of holograms mean that the techniques and visual effects make it difficult to copy an authentic security hologram 100% accurately. This has ensured their success – the document they protect may have been counterfeited but, whereas it can be relatively easy to simulate the effects of other overt features, a poorly copied hologram is more often than not the telltale sign that all is not what it appears.

Because a passport is probably the most important identification document, authentication alongside the protection of personal data (name, date of birth and photo) must be guaranteed. Effectively, holograms serve not only as a deterrent and secure means of protection and authentication, but also as a warning that it might be counterfeit. Therefore, a hologram is not solely to prevent counterfeits but acts as an effective detection device, making it easier for the trained eye to distinguish the legitimate from the fake.

New developments
Passport production and, critically, personalisation is exacting and has proved technically challenging for the holographic industry. However, it is a challenge that manufacturers are responding to with recent developments, including a whole new generation of personalised photopolymer holograms which match the biodata contained within the passport. A number of these recent developments are discussed below.

HoloID®
HoloID® is an example of an innovative new technology from Hologram.Industries, which combines ID security with high-speed in-line holographic personalisation. Utilising advanced photosensitive material to create unique colour patterns and animations, the technology provides precise control and colour modulation to create, for example, portraits. The information is recorded in the holographic laminate and the printed data on the substrate, providing an extremely high primary level of security that is virtually impossible to falsify. At a secondary level, data in the electronic chip also matches the holographic and printed information to provide a particularly high level of security and authentication (see figure 1).

DID®
Also making an impact in the battle for greater ID document security is Hologram.Industries’ DID® visual security device. Visually quite different from traditional holograms, this is a zero-order optical nanostructure combined with thin films. It is basically a two-colour diffractive image appearing at the direct reflection angle which permutes when the document is rotated 90°. The technology has so far been adopted by approximately 20 countries around the world, including China last year. To date, there have been no reported attempts to counterfeit the technology or even imitate its colour permutation effect (see figure 2).

OVMesh™
We are also seeing smart, or e-Passport, solutions coming to the fore which combine print, optical and electronic security features to ensure authenticity and user flexibility. These comply with the requisite standards for international travel ID documents and have overt and covert security features such as visa pages containing custom paper and bespoke designs to combat counterfeiting.

Optaglio’s OVMesh™ is an example of the latest generation of metallic holographic microsystems for the protection of e-Passports as well as other documents such as ID cards and driving licenses against the threat of counterfeit. This advanced technology can be incorporated as an integral part of the overall design. It features materials and a structure that combine to form a level of protection that also offers greater scope for the design of security features in accordance with the overall document design (see figure 3).

Transparent hologram security laminate
Another development is the holographic technology that provides documents with visually appealing features, coupled with added security. Here, technology such as 3M’s transparent hologram security laminate can offer protection against any attempt at counterfeiting or alteration. It shows a faint holographic image that indicates tampering, while also providing protection against the wear and tear of everyday use, ensuring that printed information remains readable and usable for the document’s intended life.

Kinegram®
The Kurz Kinegram® is an example of how the industry creates innovative anti-counterfeiting solutions based on established and successful products. In particular, there are developments to use the technology to link with and protect the RFID chips now used in passports to increase security levels. One approach is to use a metallised Kinegram®/moiré image combination with a transparent window. Here, when the data page of the document is tilted back and forth about the horizontal axis, the projected letters ‘OK’ are seen to move up and down with adjacent columns moving in opposite directions. Although the contour-based letters ‘OK’ show strong contrast with respect to the background, these images cover very little surface area and therefore allow for sufficient see-through transparency to see the chip. Any attempts to physically tamper with the chip module will become immediately evident through the destruction of the Kinegram® structures.

Another method is to use semi-transparent Kinegram® elements with appropriate diffractive structures both above and below the chip module, so that when the card is viewed from the top with backlight, the chip module can be inspected for evidence of tampering or damage. This effect relies on the interaction of the two DOVIDs placed on either side of the chip module. The upper foil DOVID is demetallised into a pattern of opaque and transparent linear raster, while the lower foil DOVID is demetallised into a pattern of opaque and transparent areas which forms images when viewed in transmission. In the example shown, a DOVID with a fine raster of metallisation appears opaque when lighting comes from above. However, when backlighting is used, a pattern of stars is seen in transmission along with a shadow of the chip module. Therefore, any attempt to physically access the chip module from either side of the document will become visually evident (see figure 4).

Holofuse™
OpSec’s Holofuse™, a previous winner of the IHMA’s ‘Best Applied Security Product’ category at the Excellence in Holography Awards, is a holographic security laminate layer for polycarbonate ID cards. It therefore requires no additional card manufacturing stage, and the material bonds at molecular level. It thwarts ID and passport counterfeiting because the holographic layer is essential and cannot be removed from the rest of the card (see figure 5).

Future challenges
It is clear that holography continues to demonstrate an unquestionable ability to adapt and move with the times, remaining a highly effective and competitive counterfeit deterrent, protecting not only the integrity of identity documents but adding real value through more scope for design, functionality and usability. The challenge remains, as ever, for manufacturers to respond to changing customer requirements and keep one step ahead of competing technologies through R&D and innovation. If the evidence of the last few years is anything to go by, then the future for holography in ID document security remains assured. 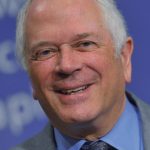 Ian Lancaster is a holography specialist and consultant with considerable experience in the field of anti-counterfeiting, security and authentication. He has served as General Secretary to the Interna­tional Hologram Manu­facturers Association since its foundation in 1994, and was recently appointed Chairman of the new CEN Workshop on Protocols for Detecting Counterfeits. Prior to founding Reconnaissance International, which offers consultancy services, he established Third Dimension Ltd, a company that manu­factures holograms. Ian has served as Executive Director of the Museum of Holography in New York.