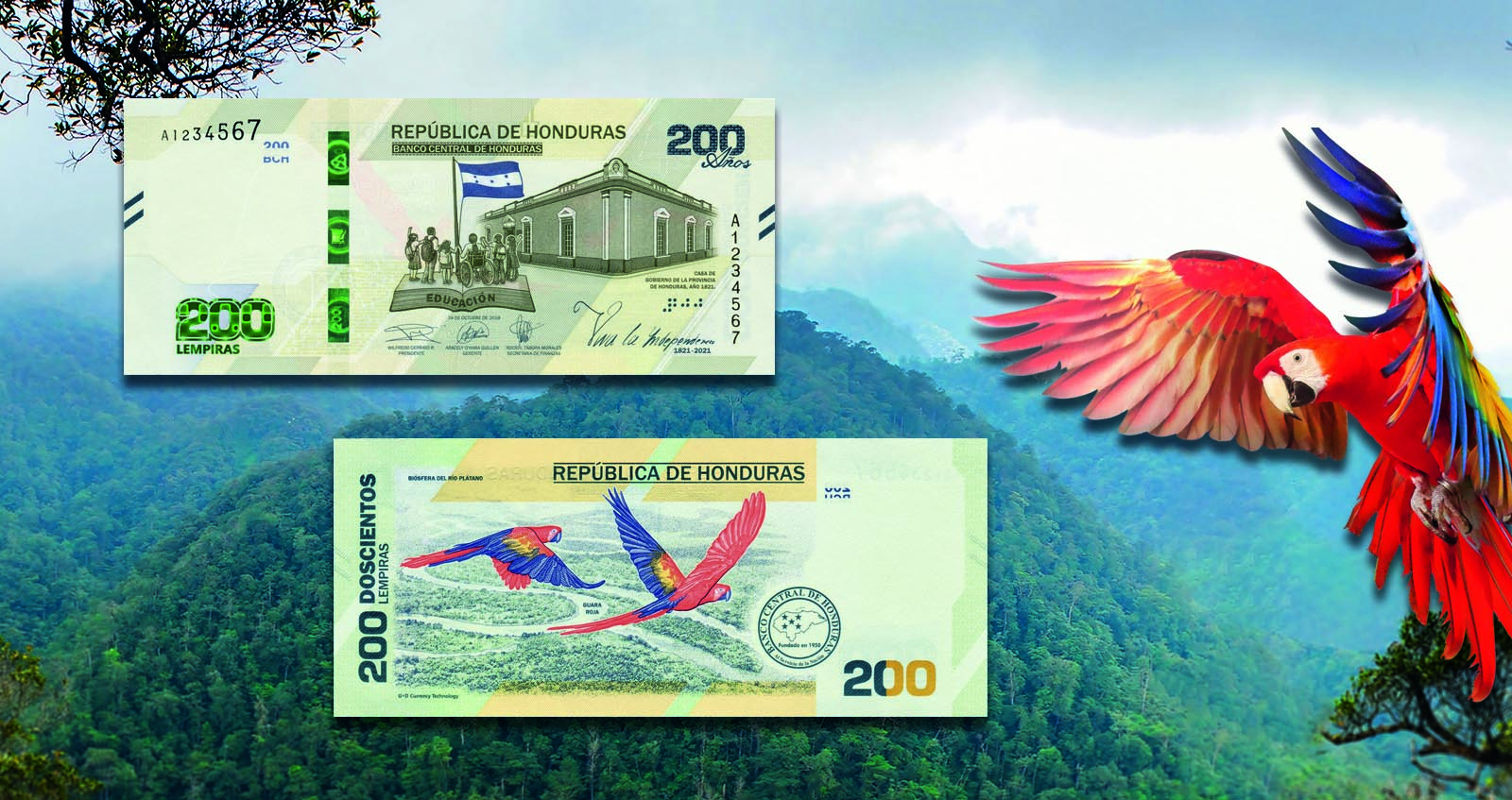 The Central Bank of Honduras has announced the release of a new HNL 200 (lempira) banknote to be issued in September 2021.

Design and security features of the new banknote

The design of the new note commemorates the bicentennial of Honduran independence. The note also contains state-of-the-art security features to help prevent fraud.

The design contains three themes. One motif, reflected on the face of the note, alludes to the bicentennial of Honduras. The other themes appear on the back of the note; they represent the promotion of education and the conservation of flora and fauna.

The security features include the following:

Twenty million notes have been printed.