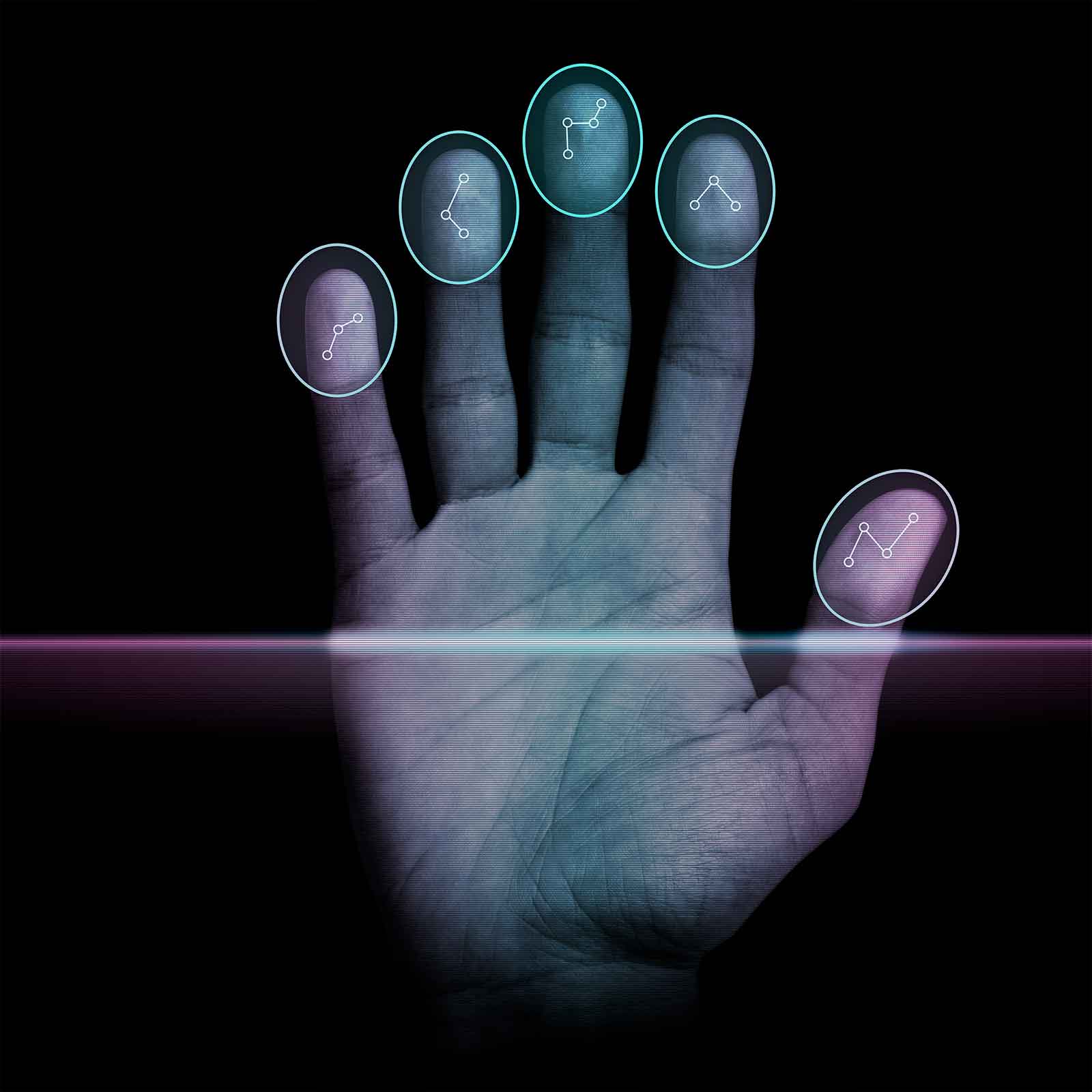 The hand itself does not possess any unique features per se, but rather it is the shape or the geometry of the hand which is unique amongst most individuals. Given this situation, hand geometry recognition is rarely used for large-scale identification purposes, but for verification purposes only. In this regard, it can serve large-scale applications for very harsh environments, such as physical access entry to warehouses, storage facilities, and factories. It is widely used in time and attendance scenarios as well. In these verification scenarios very often a smart card is also used, to store further encrypted data about the end user.

Enrolment process
To help capture the raw images of the hand with a hand geometry scanner during the enrolment process, a combination of prisms and light emitting diodes (LEDs) from within the scanner are used. The technology can capture images of the back of the hand as well as the palm. This creates a 2D image of the hand. In order to capture a 3D image, five guiding pegs are located just underneath the camera, to help the end user position their hand properly.

Although this method is advantageous, it also possesses some disadvantages: as the images of the pegs, which are also captured in the image, have to be removed, this results in a greatly increased processing time. Also, because of this, the extraction algorithm cannot take into account variances due to hand rotation and differences in the placement of the hand. To create the enrolment template, the average of the measurements described previously is calculated, which is then converted into a very small binary mathematical file of only nine bytes.
A problem in the construction of the enrolment and verification templates is that the geometric features of the hand share quite a bit of resemblance or correlation with another, which can greatly hinder the process of unique feature extraction. To help alleviate this problem, a method known as principal component analysis, or PCA, is used to produce a set of geometric features which are uncorrelated. Thus, unique features can be extracted.
The small biometric template size of hand geometry scanning gives it a rather distinct advantage. Hand geometry recognition works very effectively and is very interoperable as a multimodal security solution for both physical and logical access entry, as well as for time and attendance applications. As a stand-alone device, a hand geometry recognition device can store 40,000+ unique biometric templates.
In the enrolment process, some 96+ measurements of the hand are taken, and these include the following variables:

Strengths and weaknesses
Seven criteria can be used to establish the strengths and weaknesses of hand geometry recognition:
1 Universality
When compared to other biometric technologies, hand geometry recognition does very well, because most end users have at least one hand which they can use in order to be verified. The technology has advanced to the point that it can take into account, up to a certain degree, any deformities of the hand. Also, hand geometry recognition is not affected at all by any type or kind of skin colour – only the shape of the hand is captured. Also, the technology is very easy to use and to train individuals on. An end user only needs to know how to place their hand properly onto the platen, and how to swipe a smart card.
2 Uniqueness
Although each individual does possess a different hand shape, the unique features which are extracted do not possess the very rich data the iris and retina possess.
3 Permanence
Although the dimensions of the hand are relatively stable throughout the lifetime of an individual, the hand is very susceptible to physical changes, such as weight loss, weight gain, injuries and various diseases.
4 Collectability
Except for the variables just described in #3, the captured raw images of the hand are not affected at all by things that could affect the surface of the skin, such as grime, dirt, and scars. This key strength therefore makes hand geometry recognition very suitable for harsh and extreme weather environments.
5 Performance
Overall, hand geometry scanners are easy to use, and the small template size (only 9 bytes) makes this technology very interoperable with other types and kinds of security systems. Also, the accuracy rate of hand geometry recognition is very high, ranked with an equal error rate (ERR) of 0.1%. However, hand geometry scanners are large and bulky, which can prove to be a serious disadvantage.
6 Acceptability
For the most part, hand geometry recognition is well-received by the end user population, and is perceived to be non-invasive. The only major issue in this aspect is the hygiene of the hand geometry scanner, as germs or contaminants may be left behind by other users.
7 Resistance to circumvention
Even though a hand geometry scanner is very easy to use, it is very difficult to spoof. Trying to fool this kind of system would mean using a false, physical 3D mock-up of a hand.

Applications
Hand geometry recognition is used primarily for physical access entry and time and attendance applications, but increasingly in airports as well.
Physical access entry
To enable physical access entry, an electromagnetic lock strike can be wired to the hand geometry scanner. Once the identity of an individual has been positively identified, the lock strike will automatically unlock itself, allowing access to a particular area.
Time and attendance applications
The clock on and clock out times of an hourly employee can be automatically recorded and stored by the hand geometry scanner. As a result, payroll can be calculated and processed in just a matter of minutes, and the problem of ‘buddy punching’ is eliminated, where someone else clocks on and out for another employee who actually never shows up for work.
Trusted travel programmes
Hand geometry recognition has also made its way into the international airport setting, used primarily in the United States Citizenship and Immigration Service Passenger Accelerated System (INSPASS). This programme has been designed to enrol frequent flyer passengers, especially business travellers into what is known as a ‘trusted travel programme.’ After enrolment, a passenger can enter into the country of their destina-tion with a mere scan of their hand, rather than wasting time at customs and immigration lines using the traditional paper passport. Currently, this programme is in use in the United States, Canada, and Israel.

Case Study: Yeager Airport
Ever since the tragic events of 9/11, security at the major international airports and airlines has become of prime importance. In this regard, biometrics has become the tool of choice for the greatly enhanced security measures which have taken, and continue to take place. Biometrics is being used for all types and kinds of airport security applications, but most notably for physical access entry, logical access entry, and time and attendance.
Just as much as importance is being placed upon screening the passengers who travel through the air-ports, equal, if not greater importance is being placed upon screening the airline and airport employees, who pose just as much of a security threat. As a result, today even the smaller to medium-sized airports across the United States are starting to implement biometric technology.

A prime example of this is Yeager Airport, located in Charleston, West Virginia. It currently occupies a land space of 737 acres, and six commercial airlines serve the airport as well as the surrounding communities. The need for increased security was great, as, for example, the airport control tower is located right in the heart of the main passenger terminal.
Currently, the airport has eighty employees, and a majority of them do access the passenger terminal, with the only access point being the main entrance doors. Other statistics which demonstrate the need for enhanced security:

• The main entrance doors open an average of five times per hour, around the clock.
• The airport’s heating, ventilation and air conditioning system as well as other sensitive equipment are located in a basement near a stairwell that leads to the control tower.
• The airport had initially hired a team of security professionals to guard the main entrance doors 24 hours a day.
• The cost of maintaining this security staff around the clock was a staggering USD 1,200 per day.

Ultimately, Schlage Recognition Systems provided the biometric security tool which would meet the need for enhanced security: hand geometry recognition scanners. The technology provided can record 31,000+ points and take some 90+ measurements of an airport employee’s hand (which include the length, width, thickness, and surface) in less than a second.
Only once an airport employee has been properly verified and authenticated by the scanners, do the control tower doors open up. The prime benefit of implementing this sort of biometric technology has been the eliminated need for security personnel to watch and monitor the main doors, thus resulting in huge cost savings for the airport.
Five hand geometry recognition scanners have initially been installed, with more implementations being planned for the future. As the airport director, Nick Atkinson, summed up: “It has been the consensus since 9/11 that using biometrics in access control validation is the way to go.” 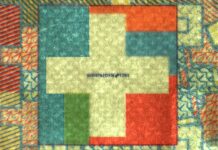 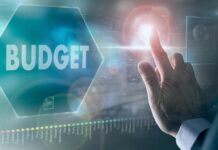 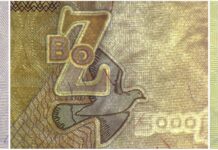