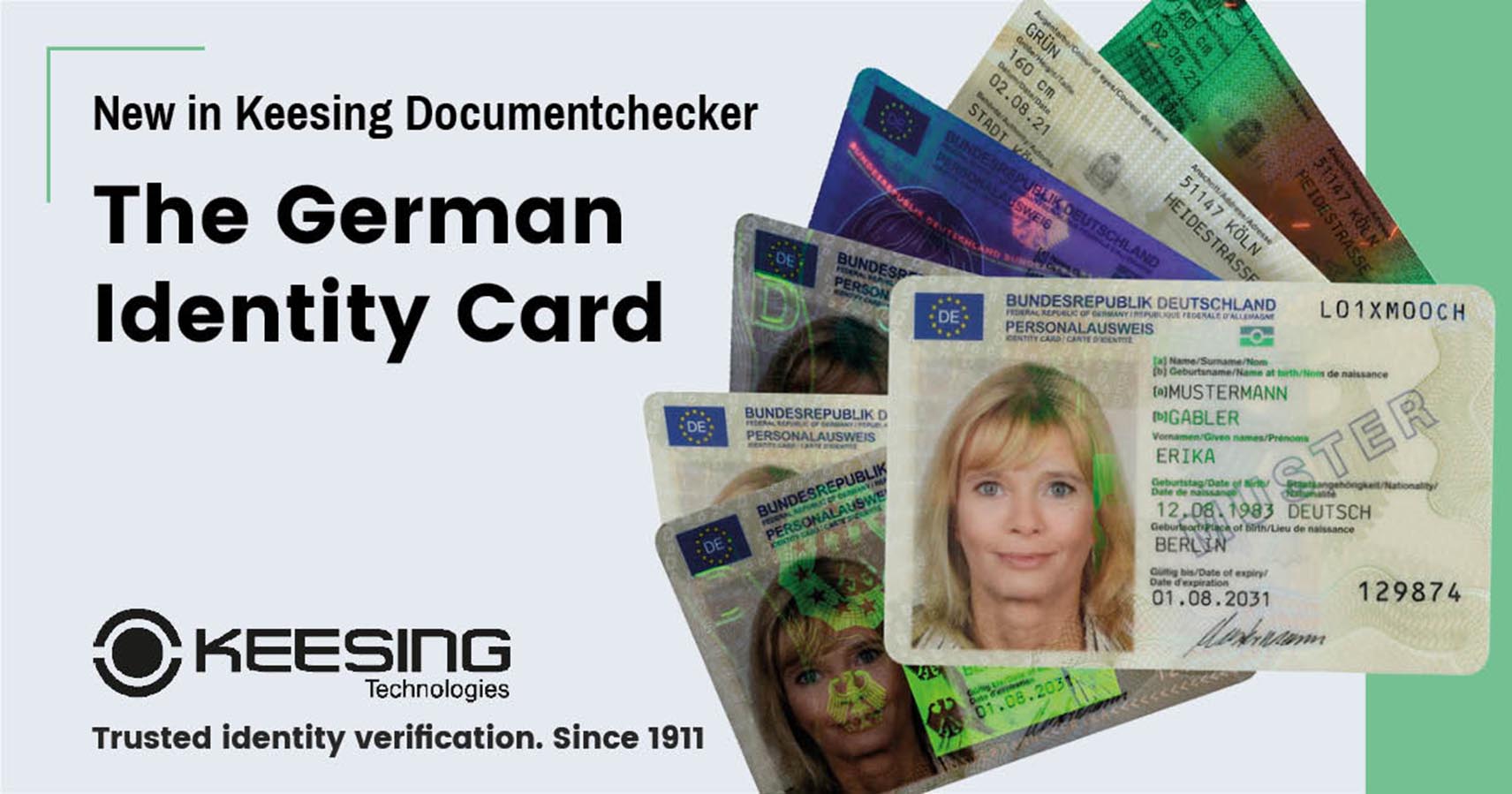 The German government began issuing a new model of its national identity card on August 2, 2021, in line with new European regulations. The identity card features a contactless chip that meets ICAO specifications, as well as several other innovative features that strengthen the card’s security.

Distinguished with the Bundesadler (“federal eagle”), the new design might not appear very different from its predecessor, but it has an abundance of new security features integrated into the polycarbonate card. Improvements include:

Another prominent attribute of the new card is a Diffractive Optical Variable Image Device (DOVID), which is an optically variable feature composed of grids that diffract light. This allows various images and effects to be generated and it presents visual interest as one scans the document to verify its authenticity. Moreover, the color photograph is integrated into the card material using the Innosec Fusion® personalisation system. The new document is now available in Keesing’s Documentchecker online.